This Week’s Torah Portion: What Are Jews Learning at Synagogue Today? (Part 5) 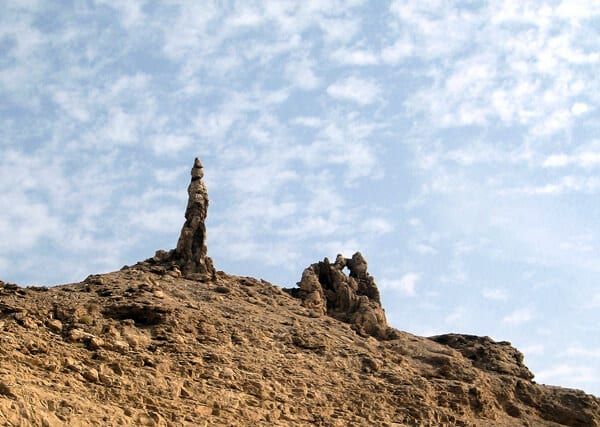 This week’s parasha enables us to examine the character of another putative tzaddiq, Lot — Avraham’s nephew.

At first blush, this assessment may seem strange; Lot is not usually regarded as a tzaddiq. Yet, the great 12th-13th century Rabbi David Qimhi (known by his initials as Radaq) points out that Genesis XII, 5 includes Lot with Avram and Sarai among the “they” in “ … and the souls which they made in Charan.” He explains that Lot was a valued and trusted assistant of Avram’s in his work. For this reason, the Torah mentions him by name amongst the émigrés from Charan.

The first sign that something is not altogether right comes a bit later (XIII, 7):

Rashi cites the midrash to tell us how the quarrel had arisen:

Since Lot’s shepherds were bad, and used to herd their animals in others’ fields, Avram’s shepherds would rebuke them concerning the theft, and they would say, the country has been given to Avram and he has no heir, Lot is his heir, so it is not theft. And the verse reads, “And the Canaanite”, etc., [because] Avram had not yet taken possession of it.

The 19th century Rabbi Naftali Tzëvi Yëhuda Berlin, in his Ha‘améq Davar, notes that the Canaanite presence in the land lent an aspect of chillul Ha-Shem, “desecration of G-d’s name,” to the quarrel in that Avram’s reputation for greatness and holiness had already gone before him. Such a public dispute within his family circle was intolerable. The result, the Torah tells us, was that they split up. Lot chose for himself the very fertile southern Jordan valley, settling in the city of Sodom.

There is a subtle hint of something more to the split in the wording of v. 11:

And Lot went from Qedem, and they parted from one another.

The word qedem is usually translated “east,” but as the Ha‘améq Davar notes, since Sodom lay in the southeastern corner, that meaning hardly makes sense. Therefore, he follows Onqëlos’ Aramaic paraphrase, interpreting it to mean miQadmono shel ‘Olam, “from the One Who preceded the universe.” This indicates that there was a spiritual separation as well as a physical one when Lot departed.

Our parasha picks up Lot’s story after some time has passed. Two of the angels who visit at the very beginning of the parasha continue on to Sodom. One of them, as Rashi tells, has the task of destroying the evil cities of Sodom and Gomorrah. The other has the task of rescuing Lot from the destruction. It is interesting to compare the account of how Lot receives these messengers with the one of how Avram received them in the previous chapter.

We find Lot sitting at the city gate (XIX, 1) much as Avram sat at the entrance of his tent (XVIII, 1). Lot goes to greet the strangers and offer them hospitality, remonstrating with them until they accept (XIX, 2-3), as indeed did Avram (XVIII,2-5). Lot prepares an elaborate meal for them, a mishteh, much as Avram did (XVIII, 6-8).

It would seem that Lot has been little affected by the insalubrious surroundings of a city so evil that its destruction has been Divinely decreed. But in fact, there are many symptoms here of a marked deterioration.

When the angels visit Avram, they are called anashim, “men,” in part, as Rashi explains, “because [Avram’s] power was great, and there were [angels] around him as frequently as men.” Lot did not entertain such heavenly visitors as a rule; hence they are called mal’achim, “angels.”

Avram’s welcome to them differed as well, as the 16th century Italian Rabbi ‘Ovadya Sforno notes. A mishteh is a feast that centers on drinking, and as we shall see, Lot was a lover of the grape. Avram’s meal, while elaborate, was a sober one. The only time that Avram is recorded as making a mishteh was on the occasion of the weaning of his son Yitzchaq, which, as Sforno explains, was due to the attendance of many kings and nobles who expected that sort of entertainment.

We also learn that Lot was afraid of his neighbors. Rashi explains the unusual word suru (“turn away”) which Lot uses to invite the angels to mean “come by a circuitous route,” lest the neighbors discover that he was offering hospitality.

They did find out, and besieged Lot’s house. They demanded that he turn over the strangers to them.

The nature of their proposed attentions becomes apparent with another symptom of Lot’s debasement — he tries to protect the guests by offering the mob his virginal daughters in their place (XIX, 8, Rashi ad loc.),

The Talmud and midrashim supply many colorful details concerning the character of the Sëdomim, the people of Sodom, who deliberately set out to violate every single tradition received from Noach (cf. Sanhedrin 109a and Yërushalmi Sanhedrin X, 1). The midrash describes at length their twisted business practices and warped notions of justice. Their sexual immorality is proverbial to this day, as evidenced by the English word “sodomy.”

All of this, Lot knew; it was why he was afraid of his neighbors.

The midrash (Bëréshith Rabba LI, 6) reveals just how well Lot knew it by noting that he was sitting at the city gate. The city gate was a very important place in the ancient Middle East, for it was where justice was dispensed, even what passed for justice in Sodom (cf., multa inter alia, Deuteronomy VI, 8 and XVII, 5; Ruth IV, 1-4; and Proverbs XXXI, 29), and Lot had just been appointed the city judge.

The end of the story is briefly told. Warned by the angels of Sodom’s imminent destruction, Lot was able to persuade his wife and two of his daughters to flee with him. His sons-in-law took the warning as a joke (XIX, 14), and Lot’s sons (ibid., 12, Ramban ad loc.) evidently followed their lead. At that, Lot’s wife was unable to follow the angels’ instructions even to save her own life. She insisted on turning and looking back at her doomed home, and became a pillar of salt (ibid., 26; Rashi cites the midrash that this was in consequence of her refusal to give a little salt to her guests: “Even this evil custom [i.e., hospitality] you come to institute in this place,” she complained).

Lot and his daughters ended up sheltering in a cave. The daughters, convinced that the world had ended, proceeded to try to re-establish the human race with their father.

The Ramban attributes pious motives to them, but the fact that the older and more experienced of the sisters felt the need to get their father drunk reveals it for the tawdry act it was. One can feel some sympathy for Lot — after all, he had just lost his wife, his sons, and his married daughters — but the fact that he so readily found solace in a bottle speaks volumes.

We can conclude from the foregoing that Lot was a “minor” tzaddiq in a class with Chanoch and Noach (cf. Rashi on Genesis V.2 and VI, 9). The only reason that Lot is not called a tzaddiq by the Torah is that, unlike the first two, he lived in the shadow of a genuine spiritual giant, Avram. As long as he remained closely attached to his mentor and teacher, he remained all right, as the Radaq implies.

But Lot was not properly subordinate to Avram. Something in him led him to believe in his own judgment beyond the limits suitable to his status.

He did not hold his followers, his shepherds, to the same uncompromisingly high standards demanded by his mentor. He presumably made excuses for them, granting that allowances had to be made for their previous irreligious upbringing. In that light, their lower moral standards seemed to him “good enough.” The result was that the two camps became increasingly estranged, until, as the Ha‘améq Davar points out, the chillul Ha-Shem necessitated a real break between them.

Lot did not learn even from this; he went to Sodom, failing to see in Avram’s avoidance any guide to his own conduct. Doubtless, Lot reasoned that by integrating himself into their community and sharing their lives he could influence them to the good. The Sëdomim, for their part, flattered him, appointing him to a high-sounding position which in the end was nothing but an empty title.

As a result, far from inspiring the Sëdomim to repent, the Sëdomi spirit infected him and his, and he lost almost all he had. The only thing which spared him from their fate, as we learn in XIX, 29, was his connection to Avram.

“The deeds of the Patriarchs are a sign to their descendants,” the Ramban famously says of the stories in Genesis. We have seen this story played out many times in recent history. It begins when certain people, many of them with some claim to Torah scholarship, allow their own judgment inappropriately free rein, which causes them to compromise, sometimes out of pure motives. If they heed the warning of the Gëdolei Torah, their own teachers and mentors, and withdraw from the precipice, all remains in order.

If not, the story of Lot is a cautionary tale of where they might end up.