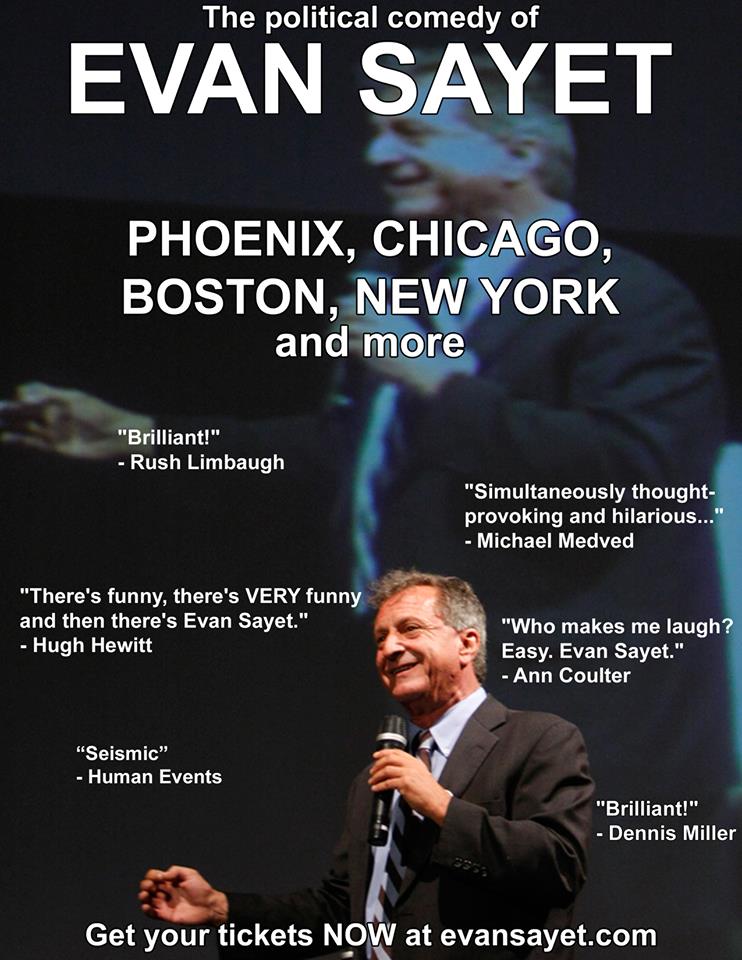 Nothing spells laughter like a dead terrorist, and leave it to my buddy comedian Evan Sayet to milk the hilarity for all it’s worth. You remember of course how on Sunday two Islamic bad guys attacked Pamela Geller’s defiant free speech event featuring cartoons of Muhammed; and how the two jihadis, dressed in body armor and carrying semi-automatic rifles, were gunned down by a Garland, Texas traffic cop with a pistol. Because… Texas. Well, The Daily Caller reports that Evan responded to the brutal police killing of these fine upstanding Mohammedan citizens with the following Tweet:

“My favorite drawings at the Muhammad cartoon festival in Texas were the two chalk outlines out front.”

Which, if nothing else, proves Evan is almost as good a shot as the cop – in his fashion.

There followed the usual sententious response from our friends — and the jihadis’ friends — on the left:

“Death is never funny.  Even when it’s necessary.”

Wait, who made up that rule? And how come no one told me about it?

Evan, of course, immediately apologized. No, I’m joking. He told the clowns to get lost.

All of which earns the man a plug for his upcoming comedy tour. Click on the poster above for tickets and information. And then go. Also follow the man at @EvanSayet.