Who took the Hero out of "Hercules" 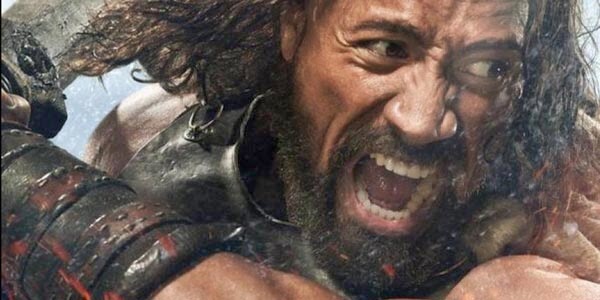 You wouldn’t think it possible to say something profound about a movie starring The Rock — it seems almost an offense against reason! But over at the classics website The Forum — or as I like to call it “Young Klavan on Old Culture” — my son Spencer delivers a brilliant treatise on why taking the myth out of mythology gives us, not modern profundity, but emptiness and cynicism:

Back in the day, hero myths were how Ancient Greece told the stories that America now tells in superhero comics. An unstoppable renegade throwing a destructive hissy fit then going down in a blaze of glory for the good guys: that’s Phoenix from X-Men and Achilles from the Iliad. An ordinary guy turned extraordinary champion of justice to avenge a murdered father: that’s Batman and Theseus. And the long-lost son of super-parents in the sky, raised by humans to save earth with unheard-of strength and powers? That’s Superman. That’s Hercules.

But Dwayne Johnson’s Hercules is no Superman. In this movie, all that phony supernatural stuff is for suckers, a bedtime story that Hercules perpetuates to pump up his image. Scene after smug scene, the movie knowingly debunks its mythic origins. Son of Zeus? Let the saps believe that so they’ll fear me, says The Rock. Centaurs? Please. Just dudes on horses (from far away . . . before contact lenses). “I have seen too much reality to believe the legends,” says the canny queen, Ergenia, but “the people need a hero.”

In other words: Joe Schmo needs a pretty story so he can believe in “virtue” and “heroism.” The élites know better.

Yowsa! And he’s just getting started. Read the rest of it, really. It’s all good.