I’m in New York for the International Thriller Writers ThrillerFest. My Young Adult novel If We Survive is nominated for best YA Thriller of the year. I won’t have time to post while I’m gone, so I’ll leave behind some mini-reviews: 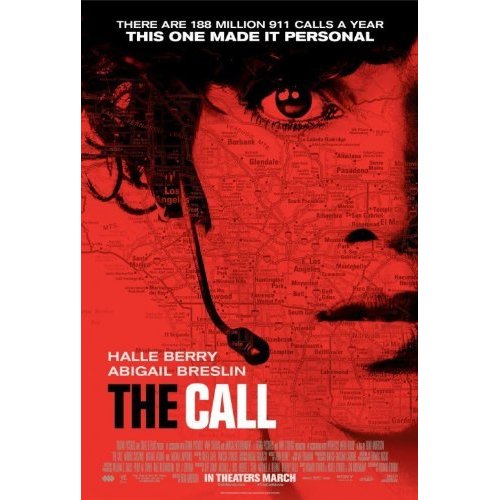 Brad Anderson wins my award for most bad films by a really, really talented director. His best film — his one good film — is The Machinist, a small but powerful ghost story. It probably would’ve been a bigger hit if star Christian Bale hadn’t starved himself for it, making it difficult to watch. His first film Session 9, also a small ghost story, is okay.

On TV, he directs episodes of classy shows like The Wire and The Killing so you know he’s good. But his movies are either just-misses or worse. Which is a shame. The guy definitely has the chops to do much, much better. And while you never know who’s responsible for what goes wrong (or right) in a movie, there’s a quality about all of Anderson’s films that makes me suspect he just won’t let a story tell itself.

The Call, for instance, is built to be a riveting, unpretentious programmer. That’s its Buddha Nature. It can be that, or something worse, there’s no third choice. Halle Berry is her usual appealing movie star self as a 911 operator who blows a call and then has a chance to redeem herself when a teenaged girl is kidnapped and calls for help. For an hour of its hour-and-a-half running time, it’s as exciting as any thriller you’ve seen in a while. Just a phone call on film, nothing else, but it keeps you on the edge of your seat with suspense.

Then it falls off the table, dropping faster and faster into crapiness until it reaches terminal velocity in a final two minutes that are so bad they’re nearly hilarious. Spoiler alert here — I didn’t mind a few coincidences in the beginning. I was even willing to follow along through some of the late-in-the-day implausibility that followed the wrong but typical decision to “open the story up” when it should’ve stayed on the phone. But really, whose bright idea was it to turn our lovable and identifiable heroine into a sadistic, vengeful monster in the final scene? Doesn’t matter. Anderson’s the director. He should have stopped it. It’s an awful storytelling choice. Kills the picture dead.

Anderson has the talent to make powerful, thrilling pictures, but so far, he hasn’t come through. My suggestion here: Watch The Call for an hour, then turn it off and write your own ending. It can’t be any worse.