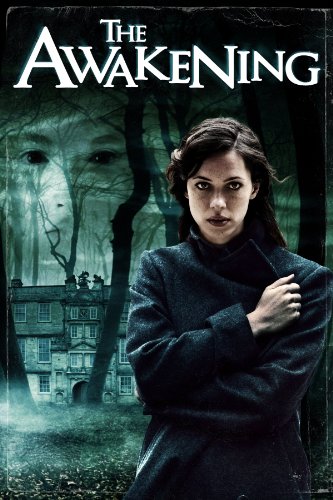 The Awakening — Another film I wanted to like more than I did, but it had its moments. An old-fashioned ghost story — so you know I’m there — about a post World War I medium-debunker who’s brought to a private school to get to the bottom of a haunting. Lots of good elements: a spooky house, a slow build, one scene with a doll house that gets five ghost stars. Rebecca Hall is a slightly mannered but very appealing actress and she’s just right for the part of the neurotic heroine. And co-screenwriter Stephen Volk is the guy who did the notorious GhostWatch TV movie: a first rate British ghost piece that was so realistic it was said to have caused a suicide and therefore banned from Brit TV. But Awakening never really takes off. The usual problem of too many boo scares: they’re for kids; they’re not scary. A reveal that raises more questions than it answers. A long and unscary denouement. Still, not bad. A fun couple of hours if you like the genre as much as I do. But not great. You might be better off finding a copy of GhostWatch.