Rape and Abortion: Dilemma or Demagoguery

Let’s do a mind experiment. Pretend you are yourself. Now pretend your mother comes to you and tells you that, even though she and your father raised you as if you were the product of their union, in fact she was horribly, brutally raped and it was in that rape that you were conceived. Painful as it was for her — and only she and God know how painful it was — she decided to go through with the pregnancy and give you life.

Have you now lost your right to live? Can you be legally exterminated because of the way you were conceived?

My point here is not — not — that there should be laws against abortion in cases of rape. My point is only that the question of abortion is essentially the question of whether a fetus is human. If an unborn child is a human being, the fact that it resides within its mother is no more relevant than the fact of where you reside. If (and a person of good will can honorably make this argument) there is some point at which a fetus is not yet a human being, then it seems to me you can morally abort it because it’s sick or annoying or female or has failed to have blond hair and blue eyes.

Now anyone with a mind and heart can see that there are vexed moral questions here, filled with grey areas. No feminist blather and no ruling from the pope in Rome can turn those areas to black and white. For a rape victim to bring a baby to term would be, to my mind, an act of moral heroism equivalent to running into a burning building to save a child. I’m not convinced that laws should be passed requiring that sort of elevated action from people. And yet I do believe the child conceived in that horror story is a child indeed and that a minister, say, could, in good conscience, counsel the mother to strive toward the heroic, if the minister felt she might be able.

As everyone knows (since the media has covered it more often than Fast and Furious and Benghazi-gate put together), Indiana Republican Senate candidate Richard Mourdock recently answered a debate question about abortion and rape: “I struggled with it myself for a long time, but I came to realize that life is that gift from God. And, I think, even when life begins in that horrible situation of rape, that it is something that God intended to happen.” Mourdock later clarified the comment and apologized for his poor phrasing — as was proper — but come on, we all know what he was trying to say. He doesn’t think rape is intended by God. He thinks a baby conceived by rape remains a baby with a right to life. 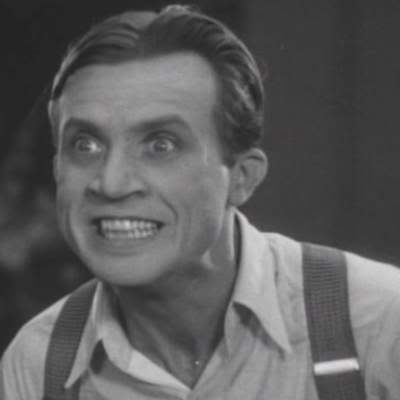 "I'm Brian Williams - and this is NBC news!"

It doesn’t bother me that many people disagree with this. As I said, I myself think the question is so difficult it is beyond the scope of law and only the individual conscience should be trusted to decide it. But what does bother me is that leftists — by which I mean Democrats and their mainstream journalist Renfields — have tried to demagogue this into some kind of gotcha moment, akin to Todd Akin’s ignorant remark about women’s magic bodies containing a sparkly stopgap that prevents the whole problem. Read the articles: filled with wishful msm thinking about how Mourdock’s remarks put the entire GOP on the defensive.

But wishful thinking is all it is. Mourdock’s remarks in no way soil the Republican Party nor do they make him an extremist or a fool. The man is simply using his conscience to probe a dilemma. Hey, I think we should encourage that in our politicians! Who knows? It might even make them less stupid over time.

If we had a media that was fair and balanced — willing to, you know, do the reporting and let us do the deciding — Democrats would not be allowed to transform women’s bodies into mere bludgeons with which to beat the opposition, nor to pulverize true moral dilemmas into demagogic kibble for their idiot base.