On Being the Good Guys 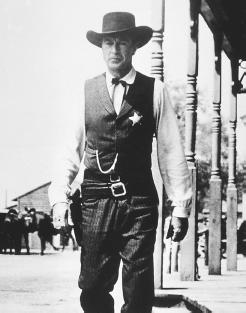 Last week on this site, while expressing my opinion that mockery and ridicule should be aimed not at the weak and lowly but at the high and mighty, I remarked that, because I consider conservatives the good guys, I hold them to a higher standard of behavior than I do the left. I have made this comment several times before, and each time, there were people who reacted with dismay. I won’t quote them directly because I feel you should be able to leave a comment here without being called out (unless you’re a real knucklehead). But the gist of their objections is this: “The left is willing to use any method, no matter how low and dishonest, in order to destroy us, therefore we must fight back the same way if we are to survive — otherwise we will die of our own namby-pamby decency.”

Now, I know that sort of thing sounds like tough, realistic talk to some people, but in my humble O, it’s actually fearful and weak — not to mention ineffective strategy. What on earth would it even mean in real life? They butcher the Constitution so, by gum, we’ll butcher it right back? They bus dead men to the polls and appoint dishonest secretaries of State to miscount votes, so we’ll dig up Republican corpses and lie as well? They call us racists for using words like “apartment,” “Chicago,” and “dark cloud,” so we’ll cook up our own idiotic mud pies to hurl in return?

Really? And what exactly is our argument in favor of conservatism then? What exactly would we be fighting for?

As the lady said to Ebenezer Scrooge in A Christmas Carol: “You fear the world too much.”

But all the same, it’s our job to beat them, not to become them.

Being the good guys means fighting for what you stand for and standing for what you fight for. It’s harder than being a bad guy precisely because your belief in honor and morality restricts your actions — and because your losses are so devastating to your sense of justice. But it’s not a prescription for surrender, not at all. It doesn’t mean we have to accept the left’s idea of what our values should be. (Every time Maureen Dowd calls a right winger unChristian, I get coffee in my nose.) It doesn’t mean we have to lie down and take their hate. (If Truth is a hammer, every leftist is a nail.) It doesn’t mean we don’t realize that there are emergency situations in which we have to consider breaking our own rules. (Of course we should waterboard people like Khalid Sheikh Mohammed and Brian Williams.) It doesn’t leave us helpless. In fact, it girds us in our own values.

So don’t be so scared of them. They’re mean and low and dirty, some of them, but the truth is on our side and the truth is a powerful weapon. While nice guys may finish last, good guys frequently kick butt.