Ron Paul Is Dead Wrong About the Iranian Threat

Texas Gulf Coast Congressman Ron Paul is a longtime resident of Surfside Beach, Texas. He owns one of the largest homes on the island. His main home is nearby 10 miles inland in Lake Jackson. But he’s a skeptic of Iranian defense capabilities.
Ellen Cannon, Chicago Homeland Security Examiner, TheExaminer.com “Sen. Mark Kirk versus Rep. Ron Paul on Iran Sanctions” Aug. 13: 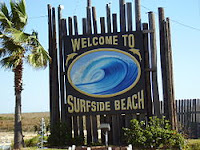 Chris Wallace of Fox News asked [Texas] Congressman Paul during the televised debate from Iowa, why he was “soft” on economic sanctions against Iran. Ron Paul stated that the threat of Iran “was small”, the threat of a danger from Iran was exaggerated , and economic sanctions imposed on Iran “would make matters worse.” Rep. Paul stated, “Even our own CIA gives me this information that they have no evidence that they’re working on a weapon.”

A new map that allegedly shows the expected path of the Iranian Naval expedition to the U.S has leaked online from an Iranian website, according to MEMRI. 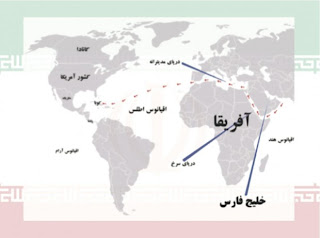 The unprecedented route for the Islamic Republic would take Iranian ships through the Suez Canal and into the warm waters of the Caribbean, a total nautical distance of approximately 9000 miles. According to MEMRI, Iranian media sources claim:

“In this new and feasible mission, the ships of the navy of the Iranian Army will sail west, towards the Strait of Gibraltar, after they enter the Mediterranean. Subsequently, they will enter the Atlantic Ocean, and from there they must traverse the long distance to their destination off Cuba, in the Gulf of Mexico, and Central and South America.”

Iranian Naval chief Sayyari has previously threatened on Iranian state TV to send a fleet of warships into the Atlantic armed with “Nour” long-range anti-ship cruise missiles. The proposed Iranian flotilla would be an extension of Iran’s presence in the Mediterranean, the Persian Gulf, and the Indian Ocean.

Calls made to his media spokesman to get a statement from the congressman on the new maps were not returned to PJ Tatler.