The death toll in Sunday’s tornado in Joplin, Mo., has now risen to 124 as thousands of volunteers stream into the city. The damage is astounding. I’ve lived in this area for 11 years now, and generally go to Joplin at least once a week for one reason or another. A few years ago when I had my own mobile tool sales business I was in Joplin almost daily driving all over town. The city is now unrecognizable in the damaged areas. The familiar landmarks which told you what part of town you’re in are simply gone. At the same time, when you get into the undamaged areas Joplin looks like Joplin. It’s surreal.

Still the digging has begun and aid is arriving daily. I have little doubt at this point that Joplin will be back. It will simply take some time.

The resilience and determination of the residents has to be seen to be believed. The school district announced the 2011-12 school year will begin on time, in Joplin schools — 84 days from now — despite the fact that the high school looks like it was struck by a Tomahawk cruise missile and several other schools were heavily damaged.

Following are some pictures from the scene. 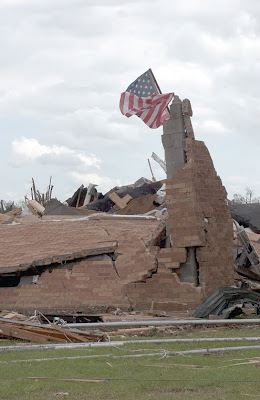 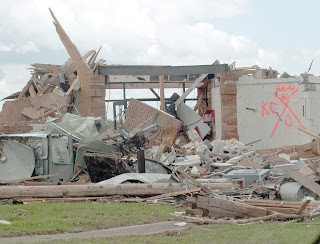 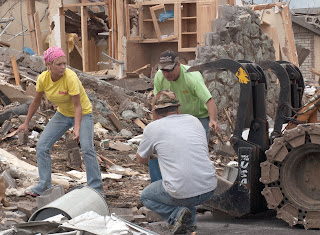 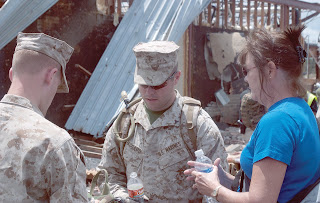