The Immigration Issue Is Not About Racism

This morning, I saw some very angry but cuttingly eloquent people on television all on their way to Arizona to protest the new immigration law as strictly racist. They view this as a base and calculated attempt to keep black and brown people out of America and away from the voting booths. In their opinion, they expect all those who are black, brown, or olive — or rather, who identify themselves solely in terms of their skin color — to vote for candidates, both in the midterms and in all future elections, because of their skin color.

Busloads are apparently on their way to Arizona. They are calling themselves freedom riders. They are playing or preying on our historical nostalgia and respect for the real freedom riders who once risked danger and death on behalf of civil rights for African-Americans.

True, America is a country of immigrants. Except for the Native Americans, we have all come from somewhere else. This is our genius, our history, our shining legacy to the world. True, we, like so many other countries, relied upon slave labor, indentured servitude, and wage slavery. To our credit, we abolished slavery and shed much blood in order to do so. Elsewhere (everywhere, if you count the contemporary trafficking in women and children–and I do), slavery is still practiced.

It is true: Not everyone made it in America. But their children or grandchildren probably got to live the American Dream. This included fighting in world wars for the freedom of many other people. ‘Tis also true: Our country has traditionally been ruled by white male landowners. But that has been changing. A half-African, half Caucasian-American man of relatively humble origins occupies the White House; an African-American man is our current attorney general; an African-American man is also on the Supreme Court. Two women of humble origins are also there. Our national and local governments are now populated by representatives of both genders and by people of many ethnicities, faiths, skin colors, both gay and straight.[1]

We can argue about how successful America has been in integrating or elevating women and minorities. Clearly, progress has been made; clearly, we have many more miles to go–and these are hard-fought and relatively recent accomplishments. However, the Arizona immigration question is not really about race or racism, nor is it about legal status. It is about economics. And, of course, it concerns jihadic terrorism.

From a national security point of view: Can American continue to allow legal and illegal immigrants who wish to conquer us either through legal and economic jihad or through military acts of terrorism against civilians and soldiers on American soil?

These are the issues we must contemplate.

Allow me to suggest a book which was first published by the French writer, Jean Raspail, in 1973. It is an extraordinary and prescient novel, The Camp of the Saints. I first wrote about it in my own book The Death of Feminism. Raspail imagined a flotilla of millions of immigrants traveling from the Ganges to France. An all-powerful, multiculturally correct intelligentsia that has taught Europe that it must atone for its racist, colonial guilt welcomes the invasion. Europe (European culture) is destroyed, both from within and without. The novel is raw, thrilling, overwhelming, ironic, cruel, bitter, and every bit as brilliant as George Orwell’s 1984. At first, Raspail was attacked as a racist. Within a decade, European government leaders were all reading his work. Now what Raspail feared has indeed seemingly come to pass, at least in Europe.

In 2002, Oriana Fallaci, the incomparable Italian journalist, published The Rage and the Pride. In it, and in subsequent articles, she both exposed and railed against the Islamic/Islamist “invasion” of Europe and the Islamic/Islamist terrorist threat. She understood that the point of jihad is to subdue and conquer. Despite the high and unpredictable risks of war, she defended the Jews and Israel with a morally hot passion.

In 2005, my esteemed colleague Bat Ye’or documented the exact reality that Raspail prophetically fictionalized in her book Eurabia: The Euro-Arab Axis, Land of Dhimmitude, Land of Islam. The work is scholarly, scary, daunting, and very carefully and cogently argued. Bat Ye’or, an Egyptian Jew forced to flee her homeland, focuses mainly on Islam’s religious apartheid, not on its gender apartheid. 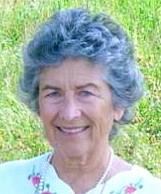 In my view, Raspail, Fallaci, and Bat Ye’or are not racists. The Islamification of the West involves profound cultural, religious, and class differences. What will happen to Western culture when another, perhaps anti-modern, anti-Western culture demographically triumphs in the West? What if that triumphant culture practices gender and religious apartheid? Can you imagine what the fate of infidels and women will be?

Try to do so. This is important. Do you want to be surrounded by a sea of women in burqas? Do you want to be persecuted for praying in a Christian church, a Hindu temple, a Jewish synagogue, or Buddhist shrine?