The Daily Mail reports that half the states in the country are giving COVID vaccines on the basis of minority status after first responders get it first. Black and brown communities suffer greater numbers of COVID infections, but the disease affects people by age more than by minority status. Just ask Washington Governor Jay Inslee and New York Governor Andrew Cuomo, who found out the hard way that elderly people in nursing homes are the most vulnerable. Indeed some states will prioritize nursing home residents, but minorities of all ages are next in line.

Public health officials will have to answer for why young Congresswoman Alexandria Ocasio-Cortez or Senator Marco Rubio got vaccines before a more vulnerable person, regardless of color. These members of Congress are young and are less vulnerable to COVID, so why are they getting the vaccine in the first wave?

Another “lawmaker” getting the VACCINE before THE PEOPLE. Here we see @aoc—A very ineffective, destructive and ignorant person getting “the COVIDE antidote” Weren’t we told that ESSENTIAL WORKERS would get the vaccine first ? Then those FOOLS in congress should go LAST pic.twitter.com/KWAy2cCrgE

Nevertheless, states are rolling out their COVID vaccine strategies with skin color in mind. In fact, the CDC itself calls for promoting “justice” in the dissemination of the vaccines after front-line American medical professionals get it. 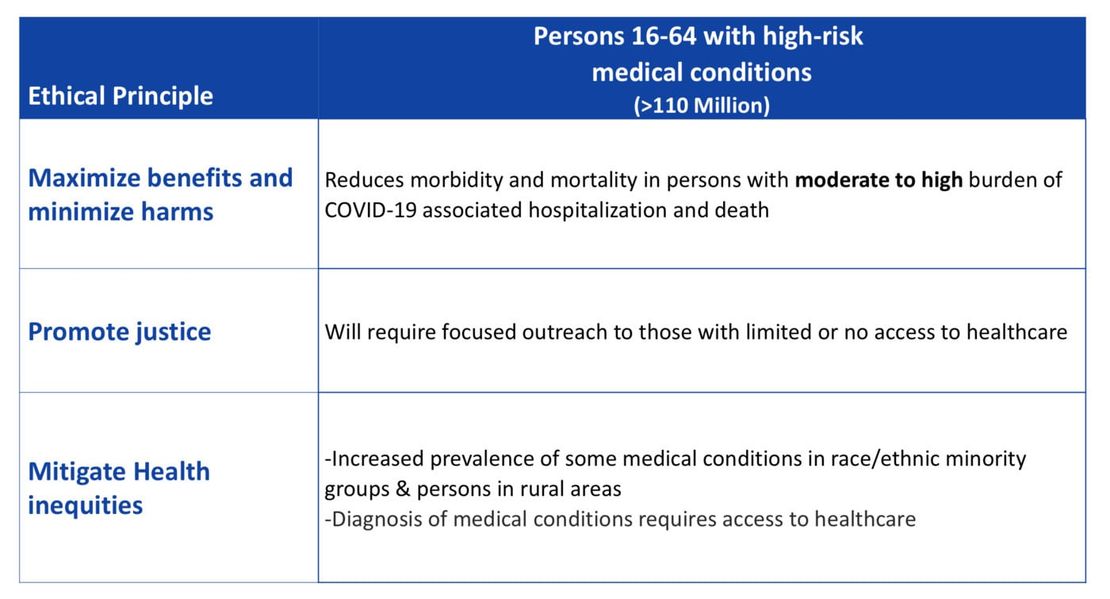 The Daily Mail reported that a National Governors Association survey showed that “many states have incorporated health equity principles in their vaccination plans to varying degrees.”

It reported that California, Louisiana, New Mexico, North Carolina, and Indiana have listed fairness, equity, or both as key principles for vaccine distribution.

In Oregon, the health authority said that ‘Black, Indigenous, Latino/Latina/Latinx, Pacific Islander, and Tribal communities [will] have equitable access to vaccination’, after the head of the public health department, Rachael Banks, announced that vaccines would be ‘particularly focused on our communities of color who’ve seen unfair disproportionate impact from COVID-19’.

New Jersey and California plan to prioritize minorities by working to remove barriers to accessibility such as transportation and wait times.

The CDC says that in addition to being concerned about tamping down COVID, ethics must be taken into consideration. This includes promoting the political aim of “mitigating health inequities,” which includes a disproportionate number of minorities working in essential industries as well as 25% of essential workers residing in low-income households. People who don’t have a ride to get a shot will also be given priority.

In the highest vulnerability category, old age, the CDC says minorities are “underrepresented.” 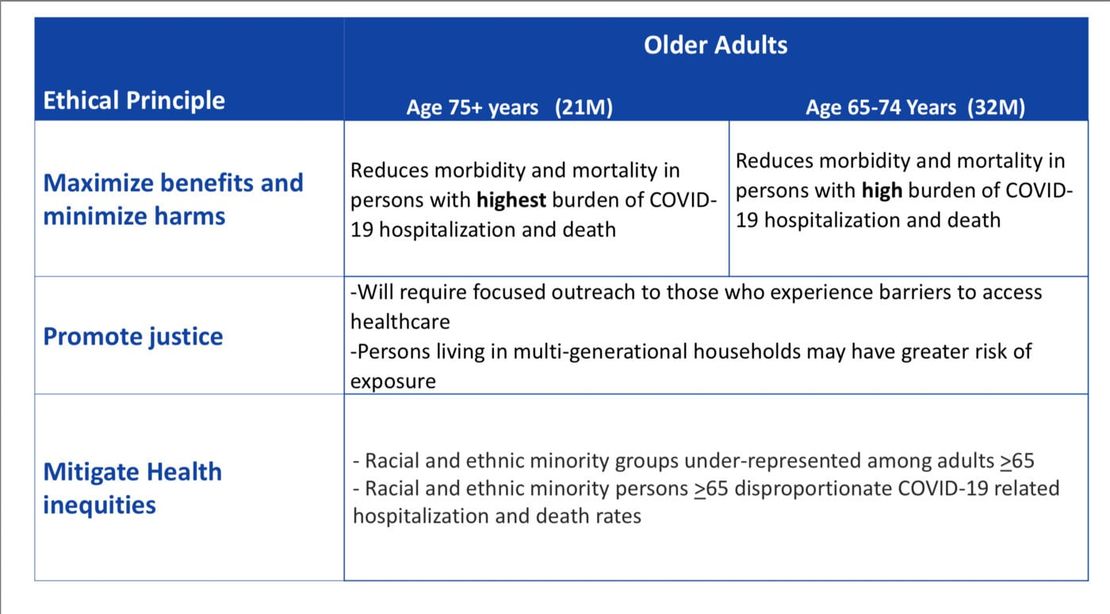 Just the News reported that 25 states will take minority status into consideration using a “Social Vulnerability Index.” The CDC reports that variables include “A number of factors, including poverty, lack of access to transportation,” and that crowded housing “may weaken a community’s ability to prevent human suffering and financial loss in a disaster.” [Emphasis added.] Not necessarily how physically vulnerable a person is to the actual disease.

Yet, Just the News reports that 25 states will prioritize minority status perhaps over physical vulnerability in the next wave of vaccinations, after front-line workers.

Maine, in particular, has developed a ‘Racial/Ethnic Minority COVID-19 Vaccination Plan’ in an attempt to give a preference to groups that ‘have experienced rates of disease that far exceed their representation in the population as a whole’.

Michigan is using languages spoken at home as part of its triage process of who gets the COVID vaccine first.

On November 30, Just the News reported that the CDC issued more guidance underscoring the need to use race as a priority for giving the vaccine because minorities are ending up in hospitals more often than whites.

In addition, black and Hispanic people are almost three times more likely to die from COVID-19 than whites.

Should “equity” and “diversity” be used to prioritize a person who’s a minority over an older, more vulnerable person if they’re not a minority? As Fox News’s Tucker Carlson points out, skin color shouldn’t be a substitute for science-based decisions on who receives a vaccination. See his remarks below.

Victoria Taft is the host of “The Adult in the Room Podcast With Victoria Taft” where you can hear her series on “Antifa Versus Mike Strickland.” Find it  here.Follow her on Facebook,  Twitter, Parler, MeWe, Minds @VictoriaTaft

The Only Thing Missing From This Absolute Cluster of a ‘COVID Relief’ Bill Is $ for Shrimp on a Treadmill. Trump Should Veto It

The Sovietization of California