In fact, this was one time that no hands went up at a White House press briefing room.

It’s probably because the question that was asked by McEnany of the assembled reporters was one to which they had no good answer.

Did anyone take it upon themselves to pose any questions about Michael Flynn and unmasking to President Obama’s spokesperson?

McEnany told the White House press corps at the end of the president’s coronavirus update, where he called for the opening of the nation’s churches, to show a little intellectual curiosity about President Obama’s role in the spying and unmasking of the Trump campaign and administration officials.

McEnany’s complaint boiled down to this.

How can a president of the United States of America spy on the campaign and succeeding administration for years and not be asked questions about it?

I laid out a series of questions that any good journalist would want answered about why people were unmasked and all sorts of questions.

And I just want to follow up with you guys on that. Did anyone take it upon themselves to pose any questions about Michael Flynn and unmasking to President Obama’s spokesperson?

Oh, not a single journalist has posed that question? (reporter interrupts to say that Flynn wasn’t unmasked).

So I would like to lay out a series of questions. Maybe if I ask them in a slide format, you guys may be visual learners, and you may follow up with journalistic curiosity.

What happened next was a hold-my-beer moment.

It was described as nothing less than “savage.”

LAUGH MY ASS OFF.

Kayleigh McEnany is providing the press corps questions for them to ask Barack Obama's spokesperson about ObamaGate.

McEnany opened her briefing book, erected an imaginary octagon, and issued a mixed martial arts beatdown on a press corps that thinks its job should consist of asking questions about Donald Trump wearing a mask but can’t ask a former president about illegal spying, leaking and criminal activities.

So McEnany put the questions on slides, put on a slide show, and read the reporters a story of what corruption looks like.

It came in a series of five questions. 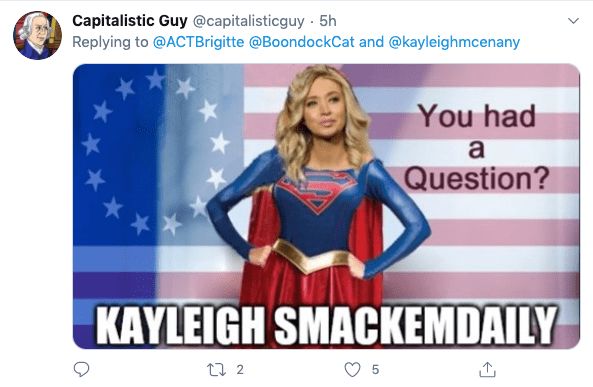 The White House spokeswoman gave the professional question-askers the questions she would love to have President Obama’s spokesperson asked. In effect, it was a dare. But the media was likely thinking ‘how dare you presume to tell us how to do our jobs?’

She gave reporters an assignment for the three-day weekend.

It’s a long weekend, you guys have three days to follow up on those questions and I certainly hope the next time I ask, some hands go up because Obama’s spokesperson should be asked those questions – because President Trump’s spokespeople certainly would be.

Then she turned and walked off. 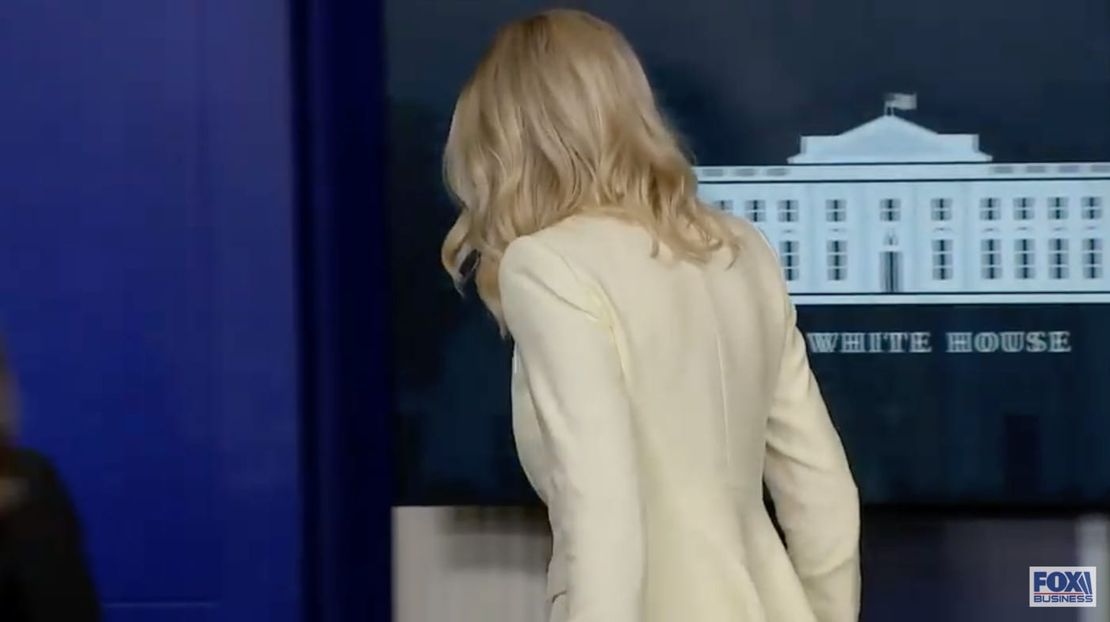 Kayleigh McEnany walks away from the WH press corps

Reporters Ask Kayleigh McEnany About The National Stockpile, Her Responses Were Epic

Press Secretary Kayleigh McEnany Knocks it Out of the Park

Victoria Taft is an award-winning journalist, writer and terrestrial radio talk host, heard in Seattle and on the rest of the Left Coast. Listen to her twice weekly  “Adult in the Room Podcast.” Find her at VictoriaTaft.com  Parler, MeWe, Minds, Locals, Twitter & Facebook. Her book mocking antifa will be out this year. For media inquiries write: [email protected]
Read more by Victoria Taft
Tags: WHITE HOUSE KAYLEIGH MCENANY OBAMAGATE