After pledging to roll back two government regulations for every new one created, the actual ratio ended up being about 22-1. As a result, unemployment plummeted among every demographic and the Dow Jones Industrial Average hit record highs nearly seventy times, creating over six trillion dollars in new wealth.

Justice Neil Gorsuch was confirmed to a lifetime seat on the Supreme Court, and Trump set a record for first-year judicial appointments to federal appellate courts, moving the federal judiciary to the right for a generation.

ISIS’s once-expanding caliphate was almost completely eradicated after Trump approved Mattis’s plan to move from “attrition tactics to annihilation tactics.” He enforced the red line in Syria that Obama hadn’t. He moved the U.S. embassy in Israel to Jerusalem, making good on a pledge that Clinton, Bush, and Obama had each abandoned.

He kept promise after promise, from withdrawing from the Paris Climate Accord, to cracking down on illegal immigration, to leading a resurgence of the U.S. economy.

Here are your choices:

If you answered any of those, you’re wrong, because it’s a trick question. The real answer is Cliff Sims, the author of a recent tell-all book about Trump called Team of Vipers.

Sims was a communications guy who started with Trump on the campaign trail, and was one of the “loyalists” who stuck with Trump after news broke of the Access Hollywood “grab ’em by the p***y” tape, when the rest of the world was abandoning him. While Sims makes clear his disdain for several members of Trump’s team — including Sean Spicer, Kellyanne Conway, and other credibility-challenged folks — Sims is no Michael Wolff or Bob Woodward, out to make Trump look bad at all costs. Indeed, Sims actively disputes the accuracy of many stories in the Wolff and Woodward tell-alls, deriding the books as collections of anecdotes told by self-interested anonymous sources out to make themselves look heroic at Trump’s expense. By contrast, Sims’s book is a balanced look at Trump — one where the author is even willing to praise Trump, in cases where he thinks Trump deserves it. Sims is willing to say things like this: “It’s damn near impossible to spend one-on-one time with Donald Trump and not end up liking him.” Or this: “Yes, Trump could be impulsive, even reckless. Sure, he operated almost entirely off of gut instinct. But he was also the most methodical, patient person I’ve ever seen in the midst of a crisis — the eye of the storm.”

But Trump (like many of his fans) doesn’t like criticism of Trump, even when mixed with praise. And he didn’t like some of the episodes described in Big Media reviews of the book, including several that ring true. So, rather than read the book for himself, the president panned Sims and his book in this tweet:

A low level staffer that I hardly knew named Cliff Sims wrote yet another boring book based on made up stories and fiction. He pretended to be an insider when in fact he was nothing more than a gofer. He signed a non-disclosure agreement. He is a mess!

Worse, Trump had his lawyers go after Sims, filing an arbitration claim seeking to enforce a non-disclosure agreement. Again with the NDAs? What is it with Trump and stupidly enforcing NDAs? The last time he tried that, it started a chain of events that led to his lawyer and fixer Michael Cohen admitting that Trump had directed him to commit a felonious campaign finance violation. Trump’s like the guy in the joke who has bandages on both his ears, and explains to his co-worker that his wife was ironing when his sister-in-law called, and he accidentally picked up the iron and held it to his ear. When the co-worker asks why the bandage over the other ear, he explains: “She called back.”

Yes, Trump learns lessons slowly when he learns them at all. And he has not realized that enforcing this NDA is likely to go nowhere. While Trump might have the ability to muzzle Sims about events on the campaign trail, legal experts tend to be very skeptical about a government official trying to silence public officials about their experiences in government. For his part, Sims is now suing Trump in federal court, seeking a declaratory judgment stating that Trump cannot enforce the NDA to the extent that Sims has written about his White House experience. You can read Sims’s lawsuit here. His lawyer explains the applicable legal principles in a piece in the Washington Post:

[T]he First Amendment’s protections of speech can’t allow the government to bar most employees from talking about their work. The use of NDAs for federal employees is routine in the national security arena, but they can prohibit the disclosure of classified information only. For decades, courts have made it clear that the government may not censor unclassified material, “contractually or otherwise.” Legal challenges during the 1970s and 1980s against the CIA settled the question that the government has no legitimate interest under the First Amendment in censoring unclassified information.

When Sims worked in the White House, he served not just Trump but also the American people. He was a public servant, and all Americans, whether Democrats or Republicans, are entitled to know the good and the bad of how our government functions. That is what the First Amendment has protected for more than two centuries. And not even the president can change that.

Trump’s legal action against Sims brings to mind the well-known Streisand effect: the principle that censorious lawsuits often have the effect of publicizing the very information that the plaintiff is attempting to squelch. And while Sims’s book is pretty sympathetic to Trump, there are aspects of his portrait of Trump that are somewhat negative — although they don’t tell us anything we don’t know. For example, Sims portrays Trump as obsessed with television coverage (duh), insensitive to the dangers of portraying the press as the “enemy of the people,” and the leader of a chaotic White House once peopled by often-frustrated people like John Kelly, whom Sims quotes as saying of his chief of staff position: “This is the worst f—ing job I’ve ever had.”

Because Sims is generally nice to Trump, his few criticisms ring truer than those emanating from the Resistance or Big Media (but I repeat myself). And if Trump were trying to amplify Sims’s criticisms, there’s no better way than taking Sims to arbitration.

The bottom line: Trump’s attempts to silence Cliff Sims aren’t going to work. All he’s going to ending up doing is selling more copies of the book. 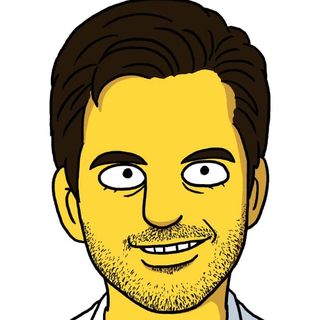 Patterico is a prosecutor by day, who speaks here in his private capacity. He has been a blogger since 2003 and enjoys music, his family, and bashing the Los Angeles Times.
Read more by Patterico