Suborning Perjury? Video Evidence Suggests Car Lot Owners Lied on the Stand. What Did DA Binger Know and When Did He Know It?

During the trial of Kyle Rittenhouse, who is fighting for his right to use deadly force to protect his life from violent rioters, the owners of the car lots that Rittenhouse and his friends were protecting said that they had no knowledge of the plan to keep their property from being set on fire. Sal and Sam Khindri testified on the stand that they didn’t ask anyone to protect their businesses. They made it sound like they’d never seen any of the helpers before and had no interaction with them. But then this video surfaced on Twitter showing Sam and Sal Khindri hanging out with Rittenhouse and the others who were there to help him.

BREAKING: Further evidence of the #KyleRittenhouseTrial DA suborning perjury, adding to a plethora of prosecutorial misconduct.

The Khindri brothers, BOTH Sal & Sam, were present at car source earlier in the day, with Kyle, Dominick, and Nick.

If they had no knowledge of the plan to help them, then why didn’t they ask the men with guns to leave their property? Did DA Thomas Binger know that this video existed? Did he allow these two to lie on the stand? If he did, that’s called “suborning perjury,” which would add to the growing list of prosecutorial misconduct in this case that should lead to a mistrial with prejudice.

There is also this photo of Rittenhouse talking to both Khindri Brothers outside their lot on the date of the shooting that clearly shows the brothers lied. 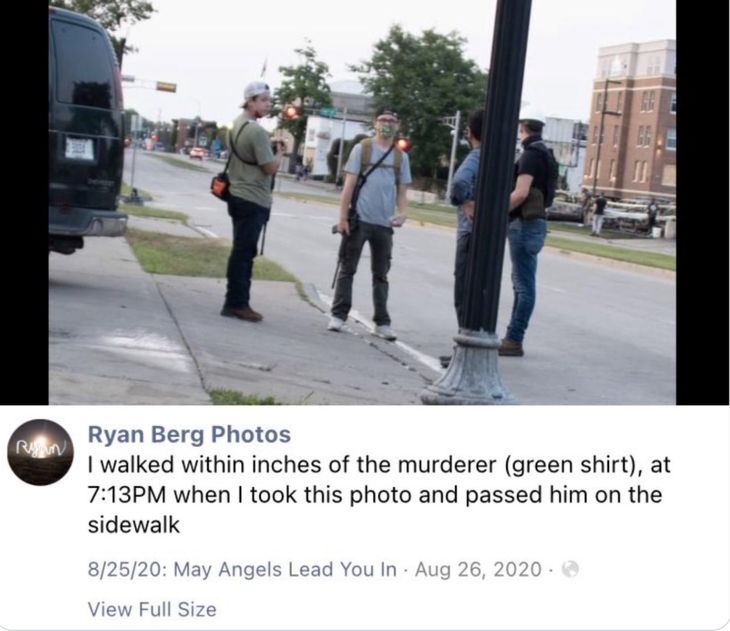 During the trial, Binger allowed the Khindri brothers to tell a ridiculous story which evidence contradicted.

Binger: Did there come a time when you spoke to anyone…about protecting those properties?

Binger: Have you ever seen or personally texted or spoken with that person [Kyle Rittenhouse]?

It is clear that Sal lied in this testimony because there is a photo of him with Kyle on the day of the incident.

The prosecution was of the belief that the man pictured to the far left in this photo, was Anmol (Sam). In reality it was Sahil (Sal), who suggested he wanted to take the photo because he thought the military type gear was cool. pic.twitter.com/qysn1jPKzB

Then Sam Khindri took the stand and told the same story—that he did NOT know or talk to or text Rittenhouse or anyone else about protecting his businesses.

But there was text evidence against this testimony. How did Rittenhouse have Sam’s cell phone number in order to text him?

During reexamination Binger produced this text message sent from Kyle to Anmol (Sam). Sahil stated that his brother showed the text to him on August 27, 2020. pic.twitter.com/Z53kQrYRmm

It’s clear that these two yahoos lied. How did the state allow this? It was obvious they were lying. There are consequences for the state if they knowingly allow a witness to lie. From Wikipedia:

“Whoever procures another to commit any perjury is guilty of subornation of perjury, and shall be fined under this title or imprisoned not more than five years, or both.”

In California law, per the state bar code,[3] the subornation of perjury constitutes an act of “moral turpitude” on the part of the attorney, and thus, is cause for their disbarment, or for the suspension of their license to practice law.[4]

But there is little chance that Judge Schroeder will do anything about it. He has caught Binger in prosecutorial misconduct over and over again and has done nothing but bluster at him. He hasn’t held him in contempt even once and he won’t’ do anything about this, as history shows. But how does Rittenhouse get a fair trial after all this nonsense? He doesn’t. But the good news is that whatever decision the jury makes—and they are almost certain to get it wrong whether through ignorance or fear—Rittenhouse has an excellent appeal based on all the terrible things the state did to him in this case.