Late Thursday evening, President Donald Trump announced that he and first lady Melania Trump had tested positive for COVID-19. Liberal critics pounced on the news, reacting by mocking Trump and hoping for his death. 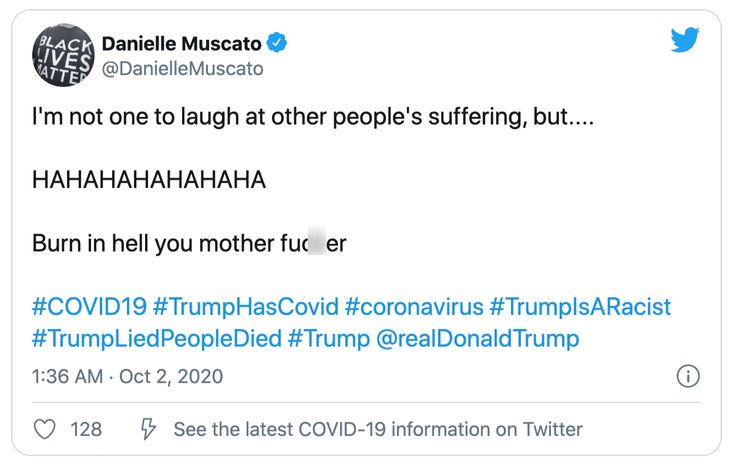 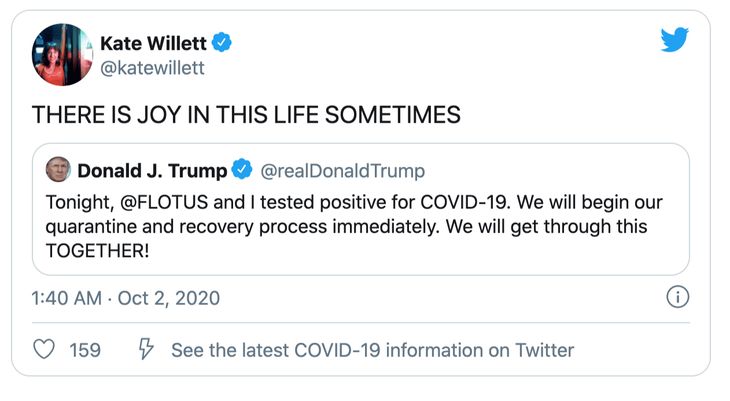 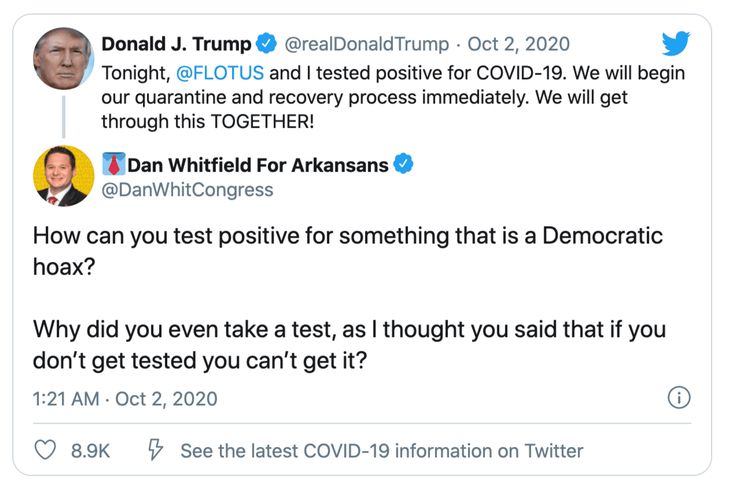 In a now-deleted tweet, a former national spokeswoman for the Hillary Clinton’s 2016 presidential campaign, Zara Rahim, also joined in:

She tried to delete her horrible tweet but @ZaraRahim is a communications person so she knows, the internet is forever. After finding out Trump had coronavirus, the former Obama WH staffer and Clinton National Spokeswoman tweeted "I hope he dies". pic.twitter.com/ZQ9cRjb7P7

And, of course, this behavior wasn’t limited to left-wing blue checks on Twitter: 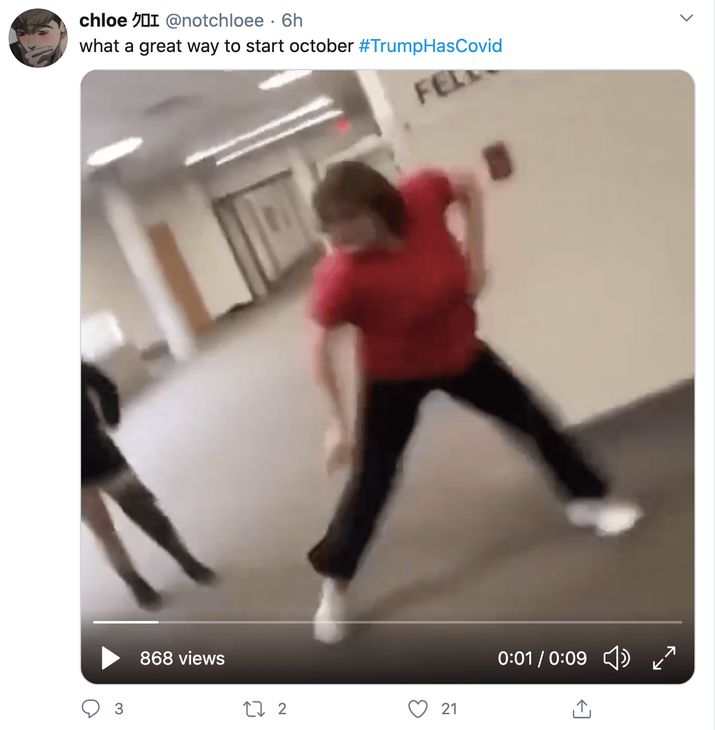 Even Rachel Maddow managed to be civil following the news.

God bless the president and the first lady. If you pray, please pray for their speedy and complete recovery — and for everyone infected, everywhere.

This virus is horrific and merciless — no one would wish its wrath on anyone.

We must get its spread under control. Enough.

That so many liberals were unable to follow Maddow’s lead says a lot about the mindset of the political left. Their reactions ranged from celebratory, wishing for his death, mocking, even questioning whether the diagnosis is just a ruse.

Here’s How We Know Trump Won the First Debate

Biden Staffer: Traditional Religious Beliefs Should Be ‘Taboo’ and ‘Disqualifiers’ for Public Office

Matt Margolis is the author of Airborne: How The Liberal Media Weaponized The Coronavirus Against Donald Trump, and the bestselling book The Worst President in History: The Legacy of Barack Obama, and The Scandalous Presidency of Barack Obama. You can follow Matt on GETTR, Truth Social, Twitter, Facebook, MeWe, Gab, and Rumble. News tips, praise, hate mail, and media inquiries can be sent to [email protected].
Read more by Matt Margolis
Tags: DONALD TRUMP