The Baathist “resistance” hit the UN headquarters in Baghdad with a truck bomb. 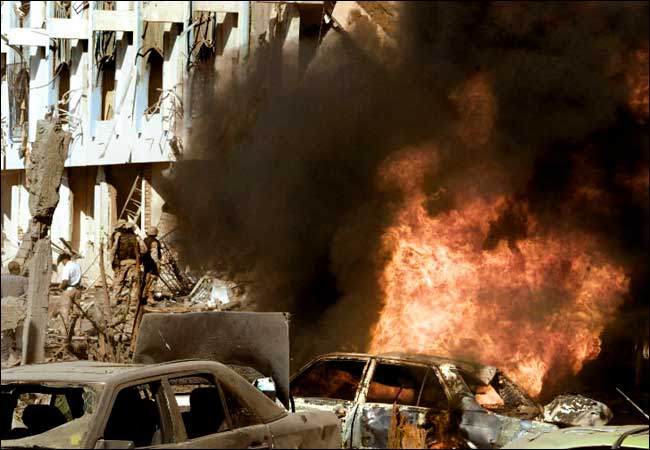 The top UN envoy to Iraq was killed.
These attacks are not a cry for help. They are committed by Saddam’s goons determined to kill their way back into power. Camouflage helmet, blue helmet, it doesn’t matter. If you get in their way, you’re dead.
Now that the UN has been hit, the fact-resistant might finally understand that these are the bad guys.
UPDATE: Kimmitt in the comments says I am intellectually bankrupt. That’s fine, he’s entitled to his opinion. But I would like to make something clear.
“The resistance” is a loaded term, and I know very well what it means to people in left-wing circles. It implies justice and right, especially when juxtaposed with “the occupation.” And most in the media use this term to describe Baathist and terrorist hit squads.
It will be interesting to see if thugs who kill UN envoys will be called “the resistance” or if they will get a new name.