If you’re going to Nanowrimo, you’ll take a lot of showers. It not only helps you continue your story, it also ensures you won’t write dirty books!

Do You, Do You Nano?

What it refers to is National Novel Writing Month, colloquially Nanowrimo.

For reasons of saving the world, neither of the authors of this column Nano.  It’s that not that we think it’s a bad idea, or that we believe the canard that writing a novel too fast makes it bad (Rex Stout is among the list of writers who wrote a novel in less than a month, as is Sarah’s Baen colleague, John Ringo.  Sarah’s own personal best is a book in three days – Plain Jane, written under the house name Laurien Gardner, and still consistently earning royalties every single pay period.)

No, the reason neither Sarah nor Charlie intend to Nano is that when they do people die.  Or at least get very ill.  Sarah’s personal horror tale involves the year when both she and her husband (Dan Hoyt) did Nano and they lost a brother/brother-in-law, a beloved cat and most of their equipment (to a thunder storm.  Don’t ask.)  There was also the minor matter of a hole in the roof of the office, and their younger kid developing heart trouble.

Since then, Sarah has steadfastly refused to Nano.  Though, to be fair, that was the month she wrote the (first version) of Darkship Thieves in.

However, if you are trying to write and find yourself editing yourself to death, Nano can be a good way to forget your doubts and just get going, and at least try to have a first version ready.

If you do it, remember their mottos: No Plot, no problem and If you’re stuck, take a shower.

The resulting work might meander, but it will certainly be clean!

And if you’re not a writer, and you’re not Nanoing, (totally a verb) then consider reading one of the following books, or at least downloading samples, and supporting indie writers.

The Dream Metropolis
By Miles Cressman

In dreams, anything is possible. It can be an escape from a tortured reality, no matter how ephemeral that may be, or it can be a horror that you can’t run from.

A man who calls himself The Magistrate has created a dream world more encompassing than any virtual reality, through unseen hands in an unseen corporation. He preaches transcendence through dreams, another level of human evolution that separates the mind from the body entirely.

His zealotry has swept up multiple dreamers into his project, from drug addicts to assassins to innocent children. The Metropolis, the first dream, is a city whose shape and influence are manipulated and altered by the dreamers inside; at times, it’s a nightmare, but also believable enough that reality itself becomes a memory.

The city kills those who try to push and expand its boundaries, for its dreaming existence is both limitless and constricted.

For Ash, a dying man spending his final moments in the Metropolis, dreaming forever doesn’t sound so appealing. 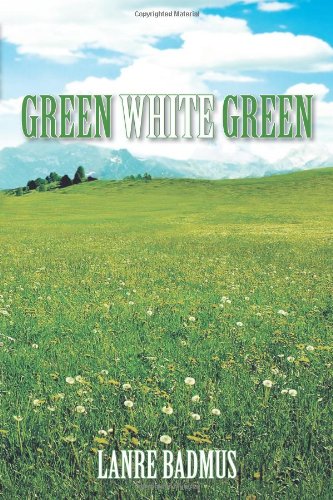 This book is a poetry collection of over 80 poems. It has political, romantic and nature-oriented poems.

[This is a UK book, and the Amazon UK website was failing when I set this up, so I hope this works. — Charlie]

In My Mother’s Words
By Mary McLeary

When Mary McLeary received the prayer journals from her mother on the Christmas before her mother died, wisdom gleaned from years of Bible study and prayer was passed on.
The Christmas gift initiated a project that started with a blog and developed into a book of family faith stories that always end with the words of a mother who covered her children and grandchildren in prayer. This book is being shared with the hope that it will refresh and encourage others as they continue on their own walks of faith. As one review said, “It’s like sunshine on paper”.

Working at many levels to recast today’s big political questions in a fresh lens, Conundrum grows from the psychological study of Ken, a Wall St. analyst cut down in a market crash, into a kind of meta-democratic polemic led in riotous dialog by the uniquely eloquent Sa.

The conversation is sharply revealing of our times and all the more disturbing behind its gossamer veil of the future. Their uncanny story will enchant and inspire you with an enriched sense of the possible. Go ahead, give it your best read.

When a handsome new trainer arrives at Bittersweet Farm, the competition between half-sisters is no longer limited to the show ring.

Talia Margolin’s life has been marked by events completely beyond her control–her mother’s death, her move to her father’s horse farm, the retirement of her show horse.

Now she faces the arrival of a new coach whose job is to get Talia’s half-sister, Greer, qualified for the finals at the National Horse Show. Greer is brutal on trainers but Lockie Malone is different. Handsome, talented, and with a will of hardened steel, Lockie can be an immovable object. He also becomes the agent for change in the lives of everyone at Bittersweet Farm.

For seventeen year old Talia, change has never meant anything but loss. Will this time be different?

Three women, one man. What could possibly go wrong?

French pastry was the only thing Bel Miller found unspeakably desirable until she met Asher Lau. Unfortunately, she wasn’t the only one who wanted him.

He’s a lawyer with a television show and a girlfriend who enjoys wrapping men up in duct tape and trussing them like a turkey. Once she catered his Thanksgiving feast, Bel figured she would never hear from Ash again. Well…by Christmas, she was sure Asher Lau and his heiress gal pal with the predilection for plumbing supplies would be out of her life. When the photos of the private sex romp go public, everyone is embarrassed but the girlfriend, now ex-girlfriend. She insists on marrying Ash as a cover story. “It was a Halloween costume!”

And then there’s that fan no one counted on. When something is unspeakably desirable, people can get really desperate.

Darkness Rising: Book One of The Catmage Chronicles
By Meryl Yourish

It’s been hundreds of years since the Darkness last surfaced, a grim time when both humans and Catmages lost their lives. But now the Wild Ones work with humans again, and thirteen-year-old Andy Cohen gets the surprise of his life when a talking cat shows up in his front yard. Goldeneyes, a powerful Catmage, needs Andy’s help. In the exciting first installment of this new series, Meryl Yourish takes the reader into a world of magical cats, dark powers, and a boy who finds himself entangled in their war.

Lost in Zombieland: The Rise of President Zero
By J.T. Hatter

Who is Barak Hussein Omeba? And what is he really up to?

America’s enemies launch an insidious attack. In a heart-pounding race to stop nuclear Armageddon, Colonel Joel Plummer and his SpecOps commandos pursue nuclear jihadis in a deadly game of cat and mouse across the Middle East.

The struggle for the soul of America consummates in a brutal bloody showdown on the White House steps. In the final chapters of Lost in Zombieland, a shocking catastrophe changes America forever.

I.O.U. University is about a recent college graduate who successfully paid all $43,678.46 of his student loans off in a year after graduating. It describes his journey through college, learning how to deal with the ever increasing cost of tuition, the burden of student loan debt, and how he balanced it all out to have the ideal college experience everyone wants.
Max shares how he planned out his higher education from high school to successfully save $150,000 in tuition, loans and interest. In it he tells the reader why college is still worth it, even with the skyrocketing costs of higher education, and unstable job market. He shares his insights on how to find your purpose in this world, and other real-world advice a student should know when attending college.

A Phenomenal Llama: A Tall Christmas Tale for Children of All Ages
By Timothy Matthew Slemmons

A pensive pastor finds his trip to the zoo transformed at Christmas when the inspired wisdom of the animals is revealed, and an ancient promise of God is fulfilled, in a tale told by one phenomenal llama. What did the llamas have to do with the first Christmas? Of all the animals, theirs was the most important, and the most mysterious, role of all!