Last week I gave you a list of 10 IPAs of various types (along with some honorable mentions) that represent the best of the hoppy side of the new craft beer movement.

But those are only the beginning.  Once your palate begins to enjoy (or at least tolerate) the sharp taste of hops, there is a whole other level of beer that awaits.

These ales come in various categories — old ale, double (or triple) India pale ales/imperial IPAs — or are described as “dank” beers.  They are generally in the IPA mold with more hops, more malt or other ingredients that broaden and smooth out the taste; they are more aromatic.

And they all have more alcohol.

These are not something you have a couple of talls of at your local watering hole and drive home (though most times you will have them served to you in a tulip glass anyway).  Nor are they that refreshing antidote to a hot day. These beers are for sipping and savoring—with care.

Like Lagunitas IPA, this double IPA is a no-frills, tasty and excellent introduction to the type. It’s got a bigger, maltier taste and more hops, but it’s not overpowering. It also only clocks in at 8.2% alcohol. For a bigger and heavier (and also very good) ale, check out Lagunitas Hop Stoopid.

Freshness is the gimmick in this dangerously drinkable double IPA.  Every so often, Stone Brewing issues a new version in the Enjoy By series (this year had 4-20-18,  07-04-18, and 10-31-18) and the result is a refreshing beer that you will definitely enjoy—even if you get it after the deadline.

I’ve only been able to enjoy this beer once, as it also comes out with a similar “enjoy by” gimmick, but I remember really liking it—and it’s near or at the top of a ridiculous number of lists like this, so I’m going to trust my memory and recommend it to you. It’s a very balanced beer, not trying to show off with anything but good taste.  It also has a sane alcohol content of 8%. 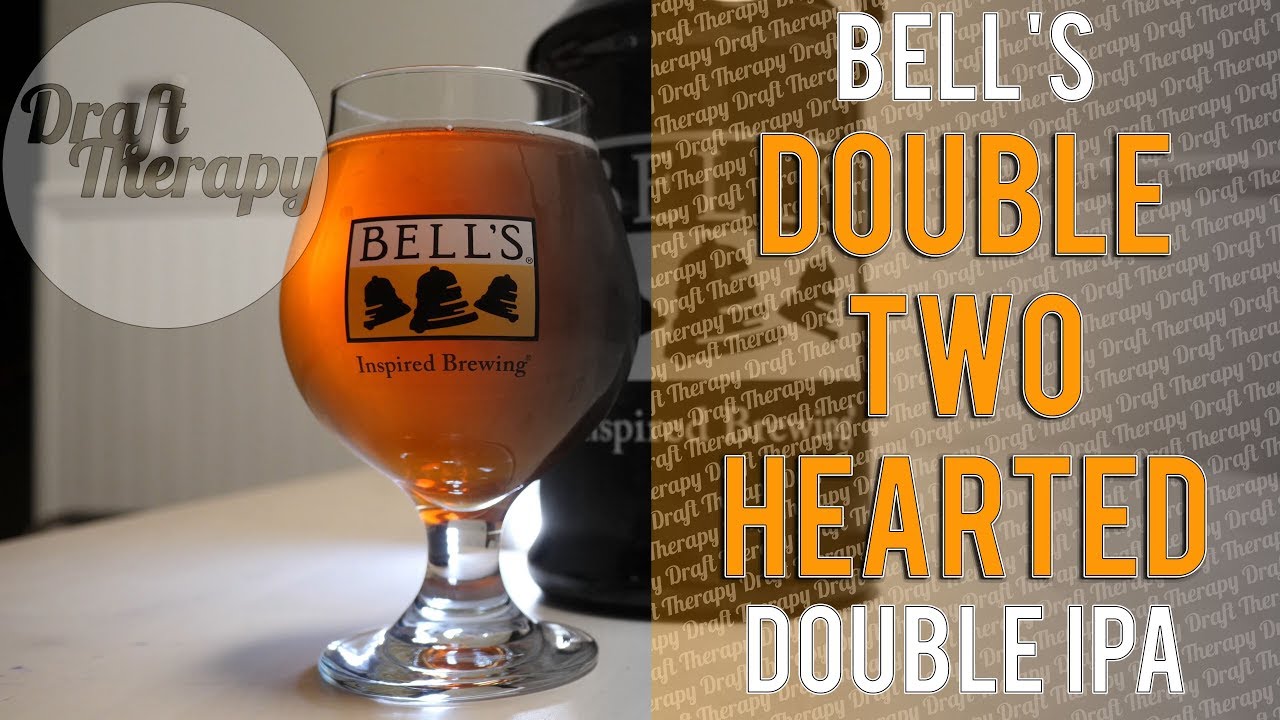 Bell’s Two Hearted is one of the most popular IPAs in the United States and is the classic, basic no-frills American IPA. Since 2015, Bell’s has released a limited run of Double Two Hearted (or as I like to call it, Quadruple Hearted). Each year, its availability expands a little. I hope this stays an annual – or better yet, regular — thing. This one clocks in at 11% alcohol. Another Michigan Brewery, Dark Horse Brewing, took its signature IPA and came up with Double Crooked Tree IPA, which is just as good, available year ’round — and is more dangerous at 12% ABV.

90 Minute IPA is one of the most popular imperial IPAs in the nation — and it deserves to be. Lots of hops, yet smooth, malty and delicious, this is the signature beer of one of the best breweries available on the national scene. At 9% alcohol, it’s potent, but not over the top — unlike its cousin, 120 Minute IPA, which comes out in a small batch every year, and ranges at a ridiculous 15-20%.  It’s also ridiculously good — but if you’re starting a tab with this one, they should hold your keys along with your credit card. While there are lots of IPAs with fruit juice brewed in, ranging from tangerines to pineapples to grapefruit, very few ales in this category do. Short’s Brewing Company has a notable exception in Cat’s Pajamas, a double IPA brewed with pink guava and blood oranges, my two favorite ingredients—making it an extension of sorts of my favorite beer, Short’s Freedom of 78. This delicious and refreshing limited run beer is worth the effort to seek it out. At 9.7% ABV, you can even have a few if you take your time. 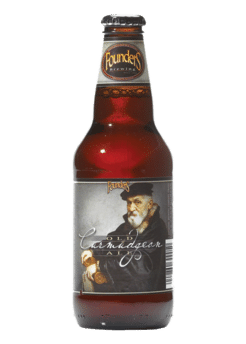 One of the very best—and most widely available—examples of an “old ale.” It’s no surprise Curmudgeon is from Michigan’s Founders Brewing Co., which has an excellent new lineup of high gravity dank beers, some barrel aged, that are starting to dominate this category.

English style “old ales” are virtually indistinguishable from barley wines — except, I’m sure, to beer supergeeks. These beers have less emphasis on hops, and more on malt sweetness — and lots of alcohol. Curmudgeon, however, is at the lower end of that spectrum, at 9.8% 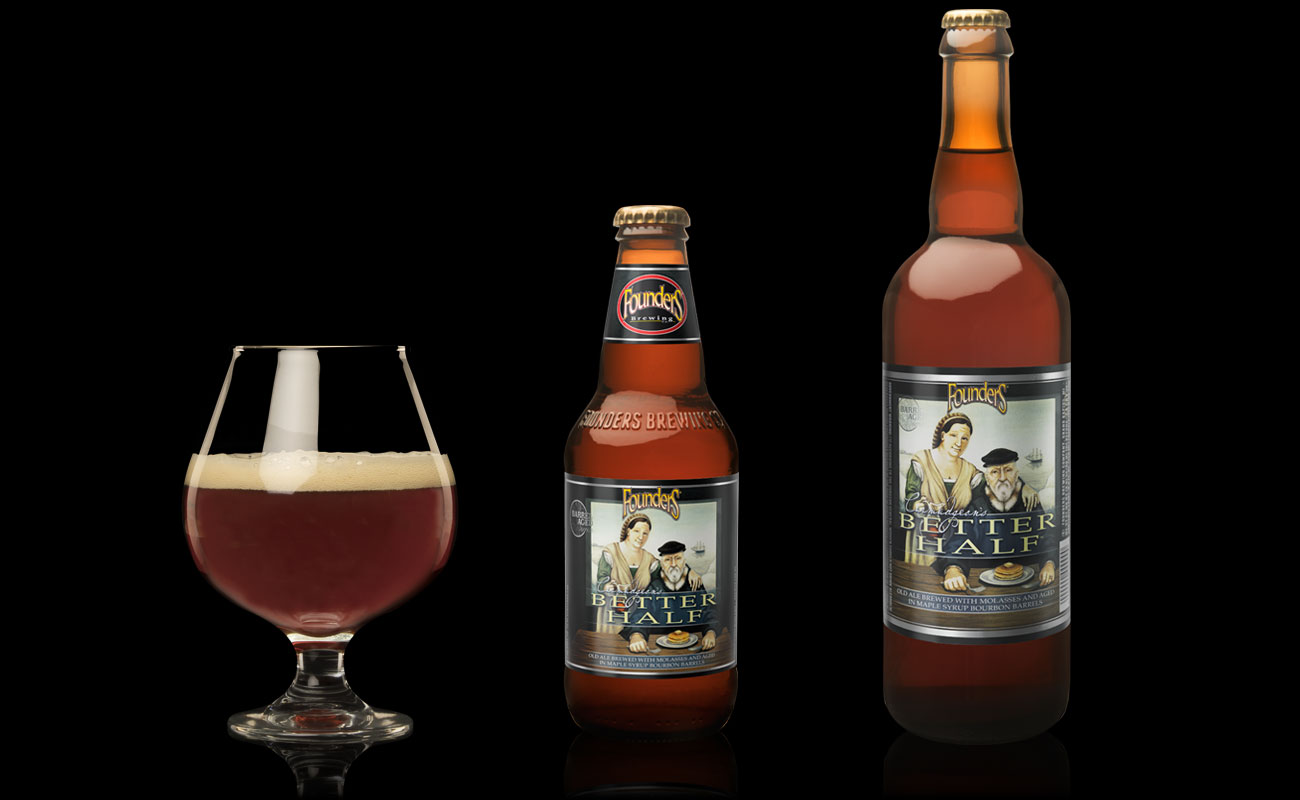 This is such a different beer that I couldn’t just tack it onto the last entry. Better Half starts with the basis of Curmudgeon, adds molasses to the brew, and ages it in oak bourbon barrels that once held maple syrup. It also hits your mouth with a sensation more akin to a shot of bourbon, which is justified, since it’s 12.7% alcohol. Even with its sweet flavor, you won’t have the excuse that this one snuck up on you. This is a drink.

Every year Deschutes releases this imperial IPA, and every year the beer is slightly different. I’ve enjoyed it each time—and since I’ve never had anything from Deschutes that I didn’t enjoy, I feel confident that the next issue will also be worth watching for.  This is lighter and more citrusy than other imperial IPAs, and also lighter on the alcohol at 8%.

A red imperial IPA aged in oak bourbon barrels, this rich, musty sipping beer is an explosion of taste. At 12.2% alcohol, you better sip it, too — and not just to savor the flavor. Other notable Founders beers in this category worth mentioning include Double Trouble, a very good imperial double IPA, and Devil Dancer, a triple IPA.

Lagunitas makes a big deal out of releasing Waldo’s Special Ale each year—and it’s well worth the hype. This is far and away my favorite high-gravity beer, a perfect example of a great old ale. The first time I tried it, I didn’t want to leave the pub, thinking I might never find it again—but after drinking a couple and not wanting to leave my car in downtown Flint… this year, I arrived a day after the establishment ran out of bottles and the day before they were tapping the keg. Next year I’ll plan better.

So, I’m looking forward to all of you telling what I missed so I can keep an eye out for your favorites, too.