Is YouTube Removing Its Public 'Dislikes' Because the Biden White House Keeps Getting Ratioed So Hard?

NEW: YouTube is working on removing the public dislike count at the request of content creators pic.twitter.com/hry2tIcOH1

Why would YouTube do this? The current system replaced YouTube’s old 5-star rating system some years ago — in 2009. That’s when the thumbs up/thumbs down system came into being. Fictional Big Bang Theory character Sheldon Cooper confessed that the change stressed him out, but most humans didn’t care much one way or the other.

YouTube’s thumbs up/down system has been in place for about a dozen years. People use these ratings to decide whether to watch or skip a video probably millions of times a day. It’s especially helpful for instructional videos and product ratings. I used the likes/dislikes recently when I was figuring out how to do a home repair. Who’d watch an instructional video that has more dislikes than likes? Why change the system now? There must be some reason for it.

Some tweeters speculated that it has something to do with the Biden White House.

Probably because of The White House channel's epic ratios 😂

So the white house? that account had more dislikes than anyone now.

So what about that? Is the Biden White House doing poorly on YouTube’s current ratings system?

Let’s take a look. Here’s the Biden White House’s YouTube channel. Here’s the (annoying) autoplay video that’s currently displayed at the top of the channel with its likes/dislikes displayed. Look at all those thumbs down…290 up to 2.4k down. That’s a rough ratio. 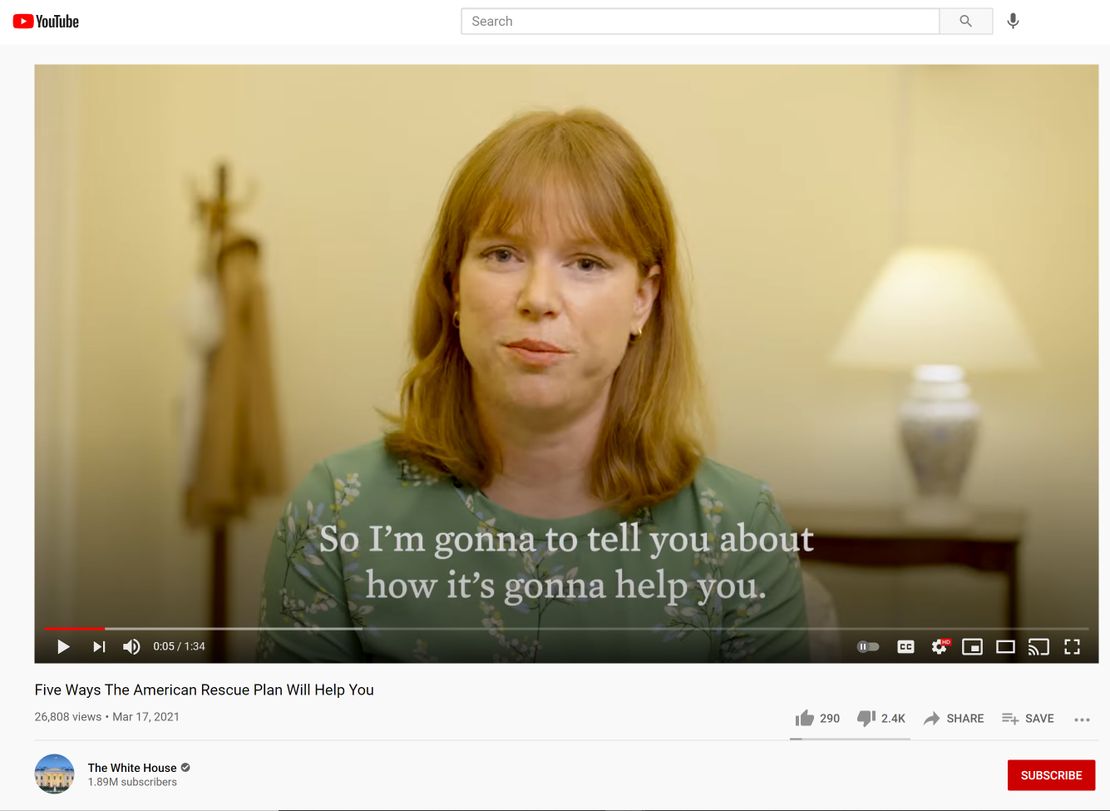 But she’s not Biden, Harris, or anyone most people would recognize. Maybe that ratio is not representative. Let’s look at Biden’s remarks Monday regarding masks and lockdowns. 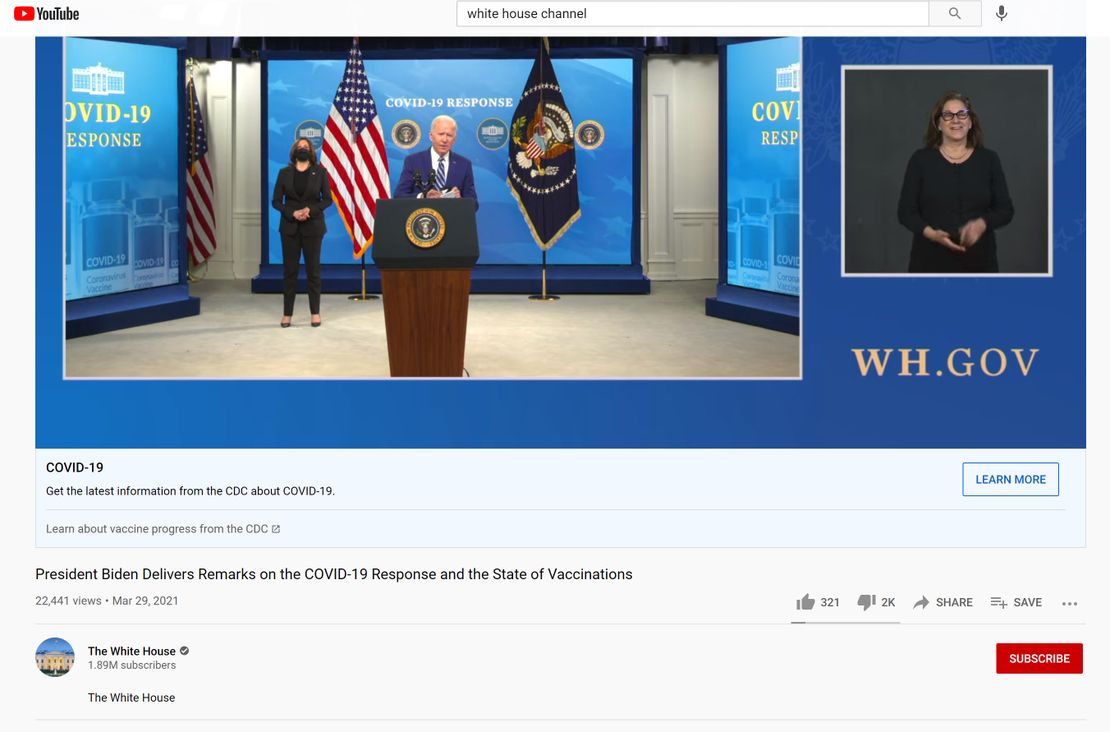 How about Kamala Harris? 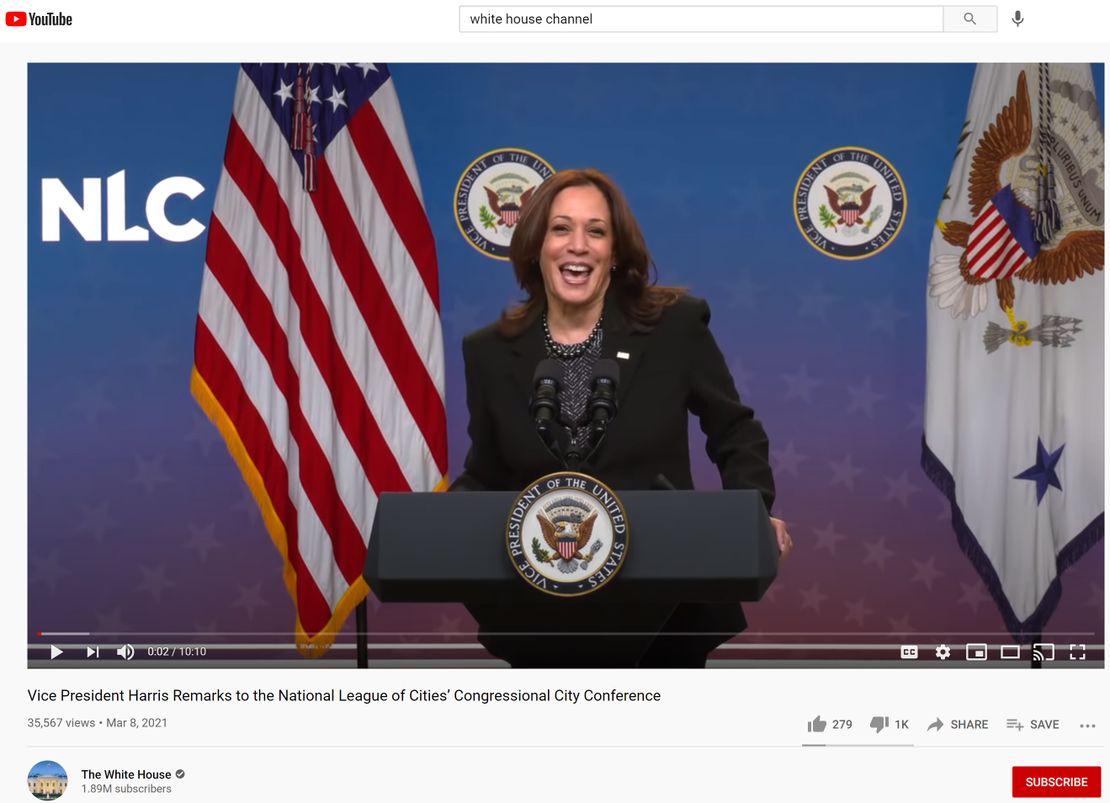 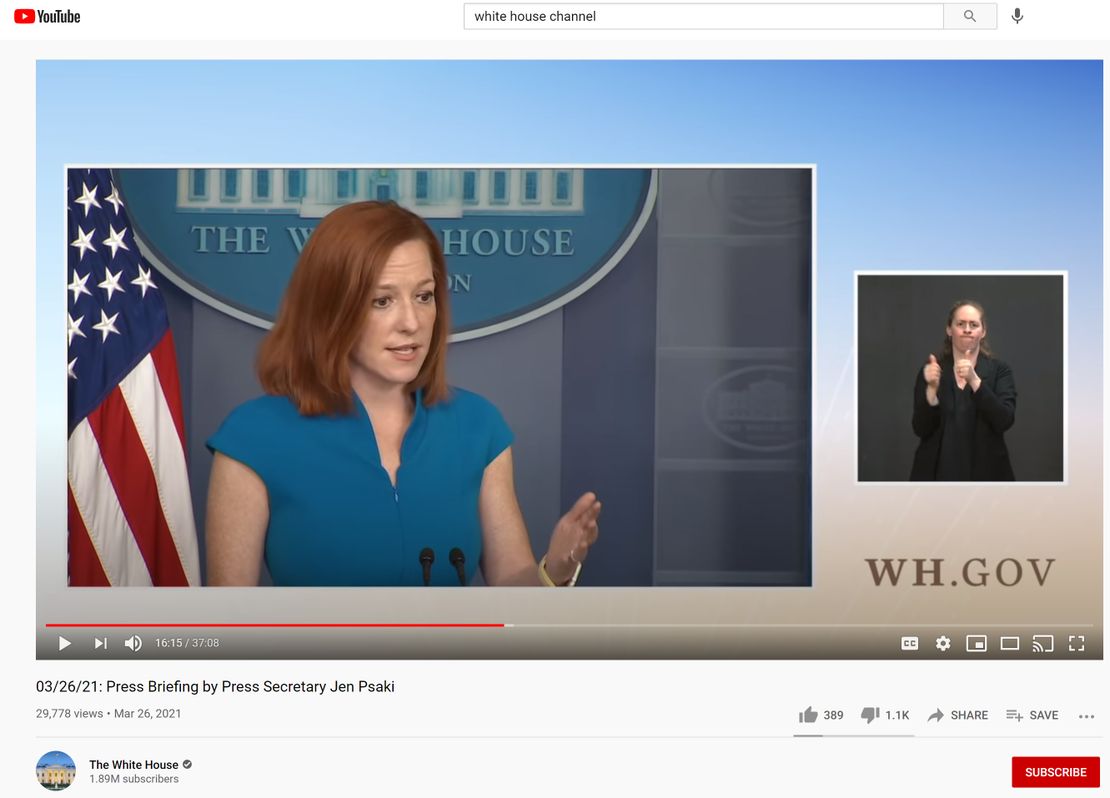 As she appears to be pointing out, it’s not good: 389 up to 1.1k down at the time I captured these screenshots. 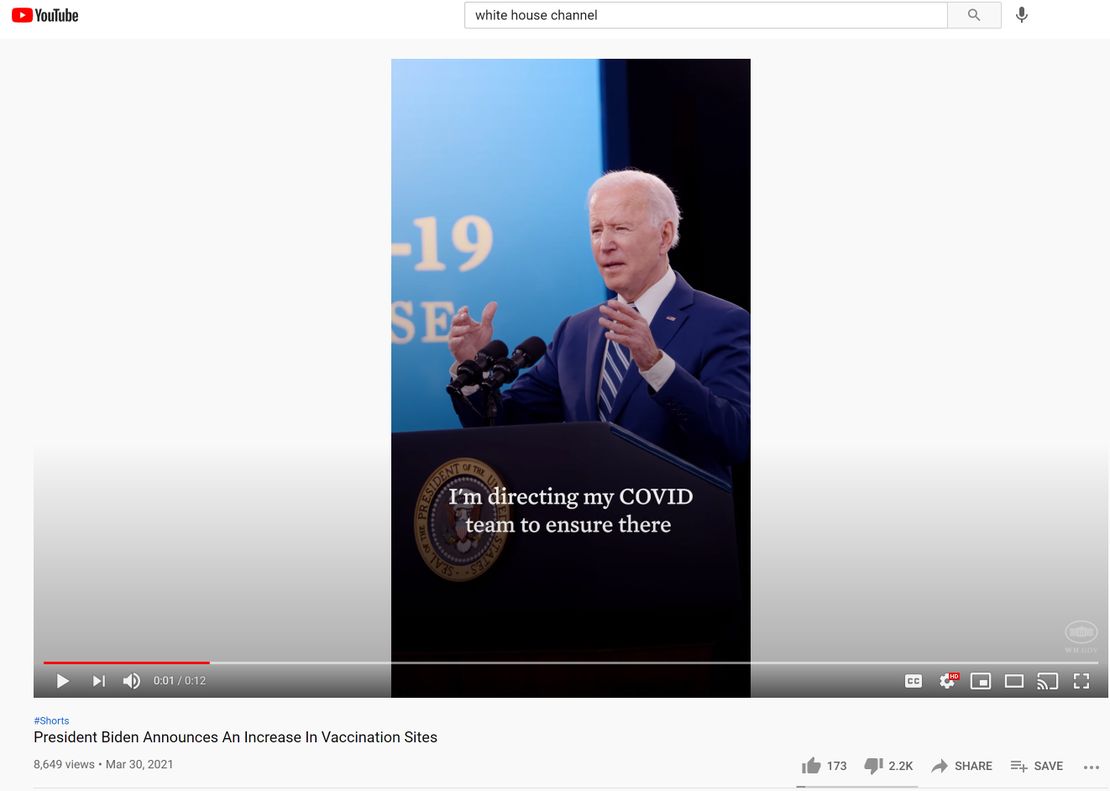 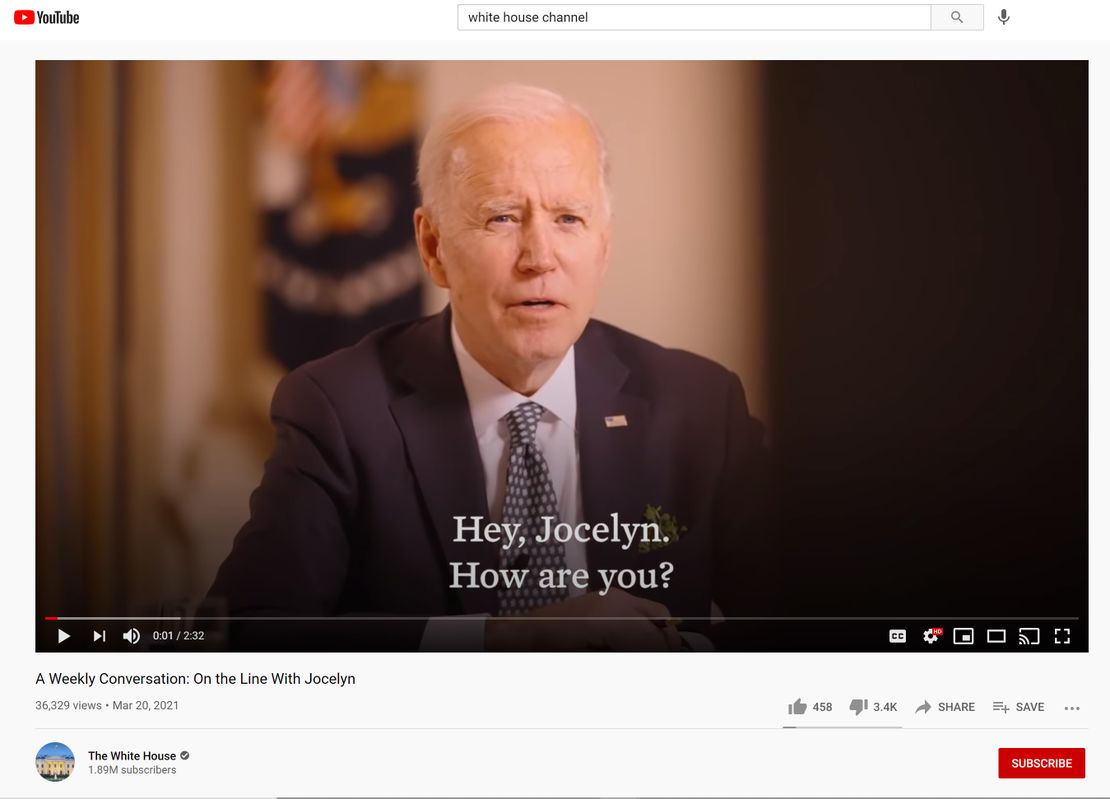 Let’s check in on Psaki again. 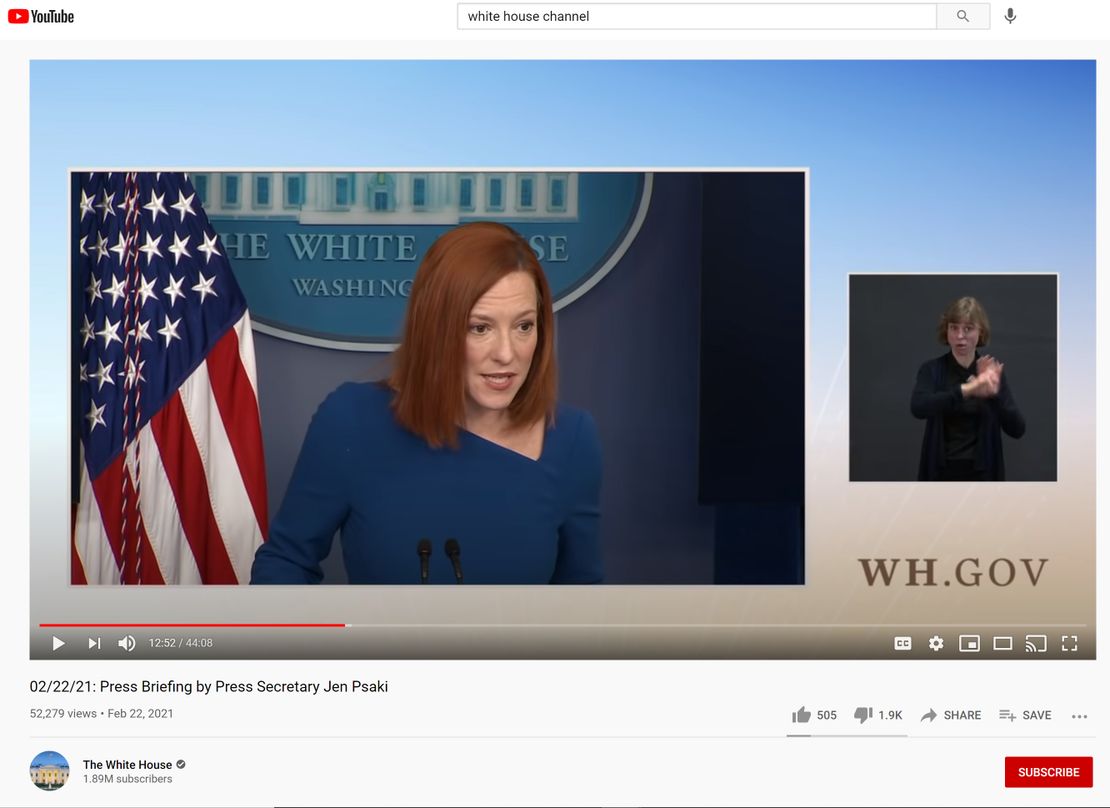 How about the media’s favorite medicine man, Dr. Anthony Fauci? 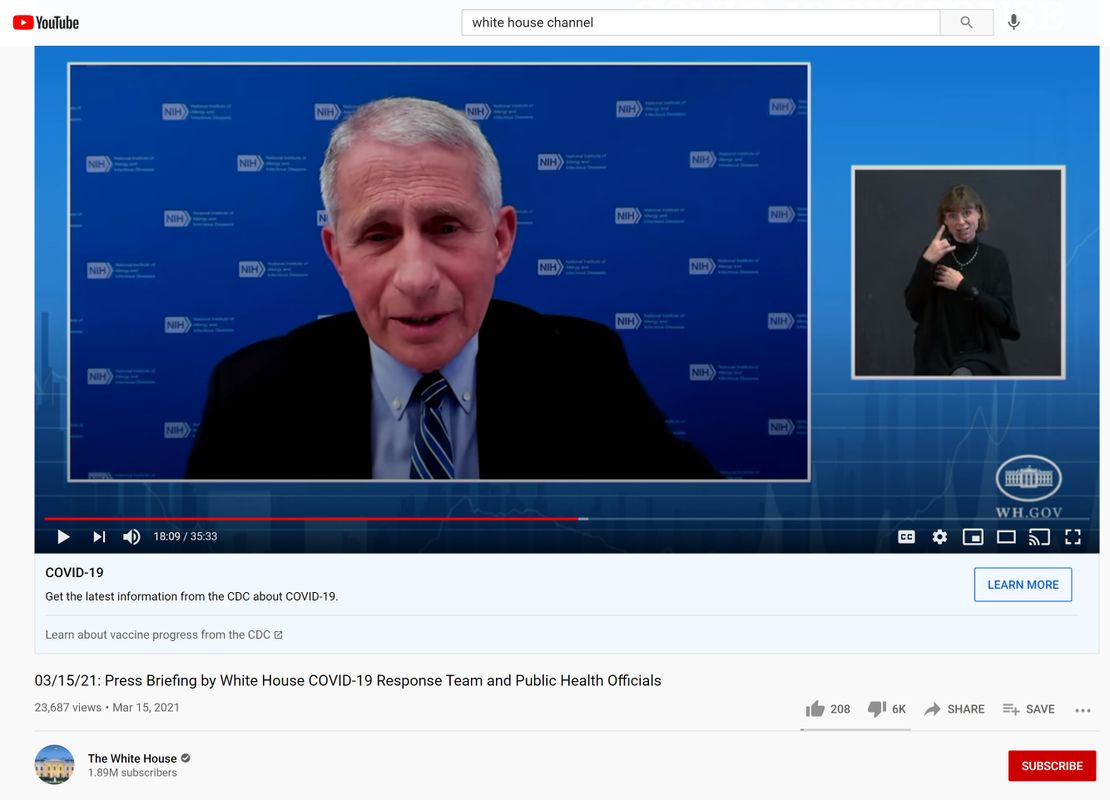 One last check on Psaki. Here’s an intimate little video she did a while back to answer some questions she chose to answer. 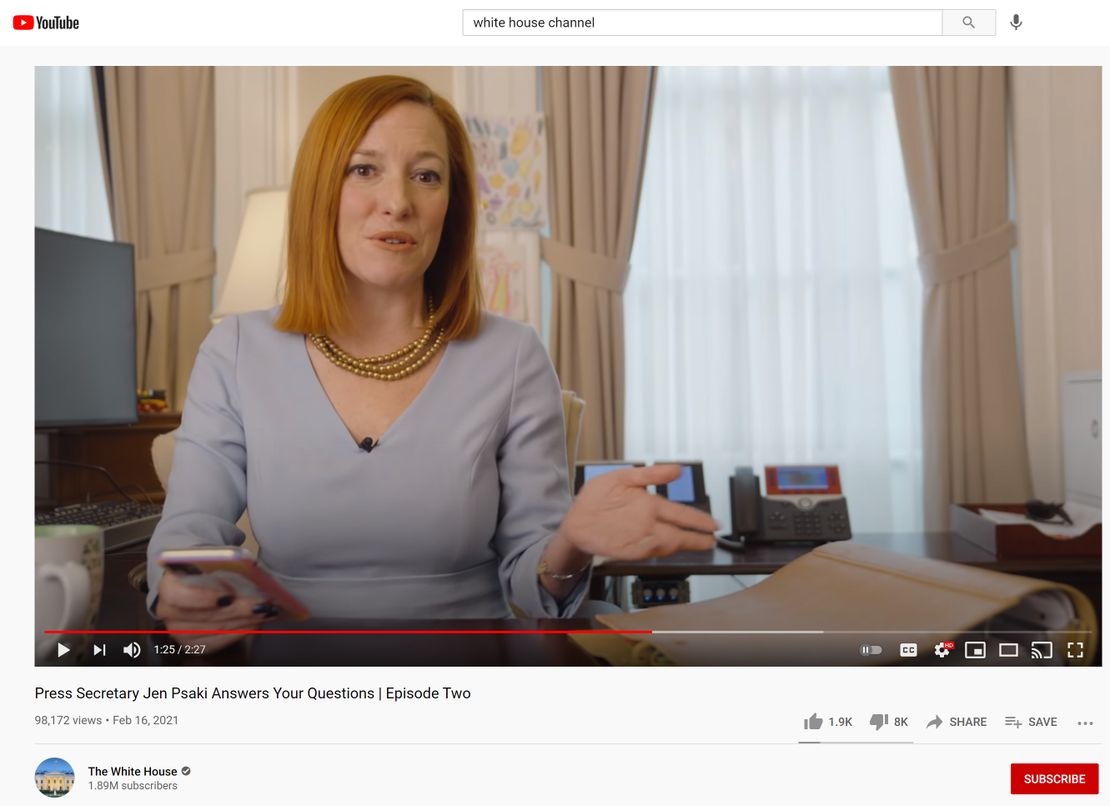 Psaki isn’t known for pointing reporters or Americans to facts about the border, but she’s helpfully pointing to yet another torrid ratio: 1.9 up to 8k down.

Looking at these videos, and so many more on the Biden White House page, one could easily get the sense that Psaki sees her dismal numbers day after day — she speaks to media nearly every day while her boss is usually under a lid somewhere — and just can’t take it anymore. One could easily see this White House, which is infested with Big Tech execs, shooting a text over to someone high up at YouTube to just fix this already. I can’t even…

That’s what the receipts suggest.