Why You Should Give the Underrated Incredible Burt Wonderstone a Look

So the other day I was up late channel surfing, and I stumbled onto the The Incredible Burt Wonderstone, which I’d never seen. You remember this film: Steve Carell and Buscemi as two high school friends who become an old fashioned Siegfried and Roy-style team of Vegas magicians. They run into trouble when radical street magician Jim Carrey starts to steal their thunder. Olivia Wilde is the beautiful assistant who humanizes the arrogant Carell.

The film got mixed to harsh reviews and underperformed at the box office: both critics and humans rate it in the 30s on Rotten Tomatoes and it had one of the lowest openings of a film with Carell or Carrey.

And you know what? It’s good! Not a great movie by any stretch. But it’s charming, sweet-natured, entertaining and I laughed out loud — hard — three or four times. Which is approximately three or four times more than I laugh out loud at most film comedies. The scene with Buscemi bringing magic to the poor is wonderful.

Many of the reviews attacking the picture seemed grumpy about its mixed tone. As “The Brain Rapist,” Carrey’s over-the-top, self-mutilating magic is outrageous and occasionally hard to watch, whereas the story of Carell and Buscemi’s friendship and Carell and Wilde’s romance is more standard comedy fare. And yeah, that’s true, but the mix works really well. In fact, it actually has something to say about the difference between “radical art,” and actual entertainment…  which is, I suspect, what got the highbrow critics so upset in the first place. It’s really a rebuke to their slavish admiration of the off-beat. 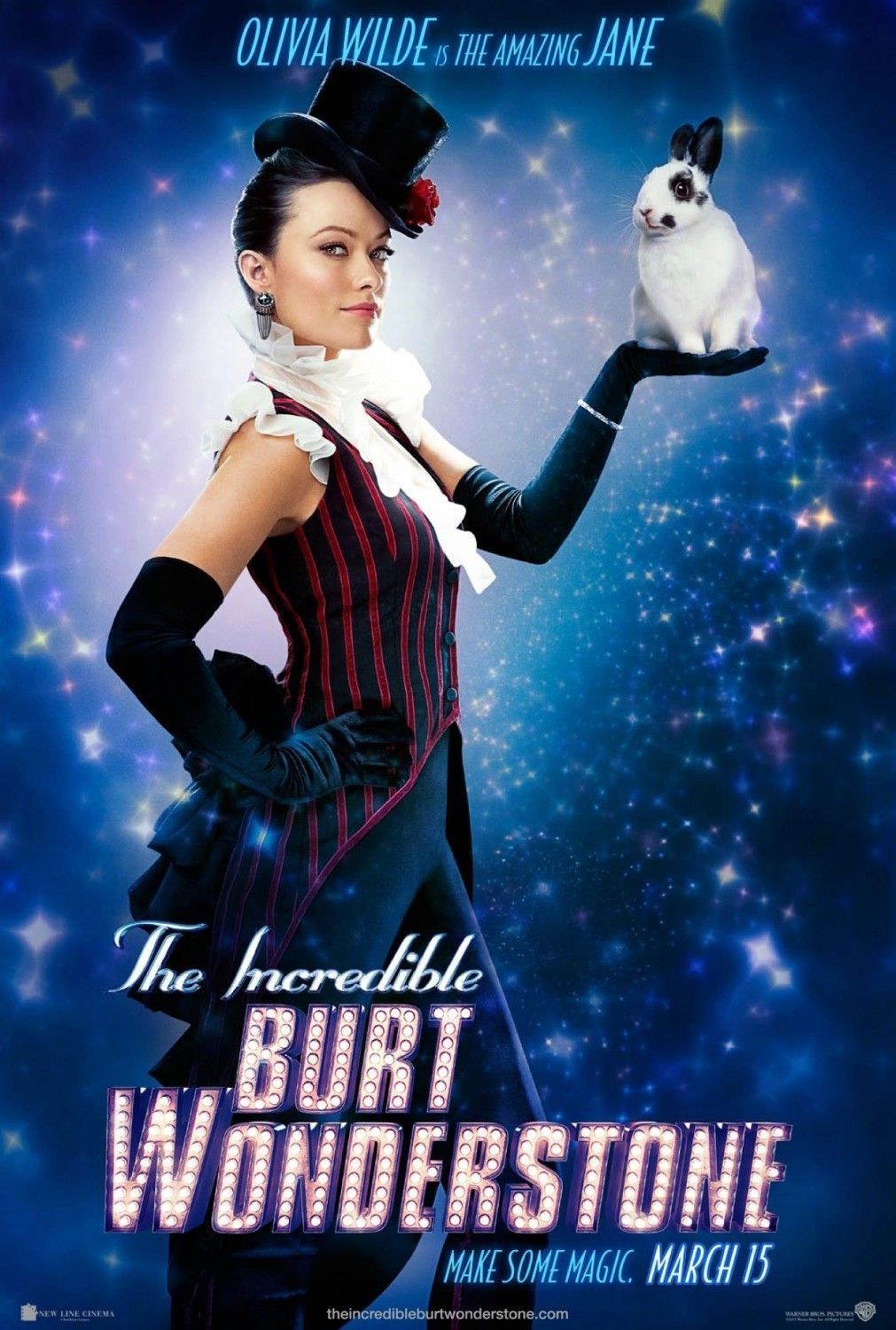 Then the picture ran into political difficulties on the right too when Carrey made some anti-gun video in which he attacked the late and also great Charlton Heston. Conservatives hammered the fading comedy start for an attack on a much-admired man who wasn’t around to defend himself — and an actor, as John Nolte cruelly but hilariously pointed out, whose old movies still pull in bigger audiences on commercial TV than Carrey’s do in theaters.

But look, really, so what? Carrey comes across to me as an emotionally unstable jerk sometimes, but then so does Mel Gibson. I don’t know either of them. They deserve all the personal rebukes they get, sure, but I like their work — when it’s good anyway. And Carrey’s perfect in this role. (Olivia Wilde also made some lefty remarks around the film’s opening, but she comes by it naturally, descending from the famous Cockburn family of leftists. I was good friends with her aunt, the late mystery writer Sarah Caudwell. Sarah had a voice like a British drill sergeant and whenever I would make one of my increasingly right wing remarks, she would bark, “Drew!” so sharply I would practically somersault backwards out of my chair!)

Anyway, take a look at this picture. It’s entertaining and funny and has something to say about the sweetness at the heart of real entertainment and the nastiness at the heart of radicalism. Plus it has a wonderful cast, including Alan Arkin and James Gandolfini. Probably not for the whole family, but mature sixteen and up should enjoy it.

If you’ve seen it or get a chance to watch, I would seriously love to know what you think. Did I miss something here?