The Obedient, the Brainless, and the Woking Dead

Being “woke” must be exhausting.

If I had worn a t-shirt five years ago that read “All Lives Matter,” I would have taken first place at the Mark Ruffalo “Enlightened White Guy” Contest. Janeane Garofalo would have slept with me (eww) and then made me a tofu sandwich. Today, such a shirt would get me fired for being a bigot.

The left moves the goalposts of what’s politically correct at will. The initial “LGB” acronym has been extended with so many letters that it looks like someone regurgitated a handful of Scrabble squares.  If you miss the new incantation, Like Justin Trudeau did below, you’d better have back up.

When wokemeister Trudeau can’t remember the code, the rest of us are doomed. I wish his assistant had whispered to remind him to stop wearing blackface.

Woke Up THis Morning, Got Myself an X

And just when you think you’ve got it down, some liberal woke-tard adds an “X” to the word “Latin.” Imagine the arrogance needed to be a white, woke name-changer for POC: “We, the liberal elite, with apparently a LOT of time on our pasty white, guilt-ridden hands, have decided THOSE brown people need a new, more politically correct moniker.”

Apparently, these people booked themselves a white guilt trip, held a symposium, and came up with “Latinx.”

Dutifully, the leftists scooped up the new brand and now apply it liberally (see what I did there) even though Latinos themselves largely abhor the label, and hate being told by condescending liberal white people that they need a new name. Ask my gun-toting, Trump-loving, 100% Puerto Rican fiancee. Actually, don’t. She has a temper about these things. And, as I said, a gun.

How do you know a cult is successful? When you don’t even know you’re in one.

Today’s enlightened lefties don’t question, they do as they’re told. When some liberal, restroom-confused, West Coast, participation-trophy wife decided pronouns were necessary for straight people, leftist zombies dutifully added “he/him” and she/her” to their to their Facebook pages and outgoing emails.

I want to sneak into the leftists’ headquarters and declare black coffee is racist so I can hear libs in Starbucks ask for their moring java “oppressed.”

Aunt Jemima, a former slave and one of America’s most enduring marketing icons, was dashed into the history books. Why? Let me guess: an angry white Karen, whose childhood soccer team never “lost” because they didn’t keep score, decided she needed to out-lib her White Claw-slurping friends from group therapy and took it upon herself to claim it was a bad look. The other white libs went along because virtue-signaling is EVERYTHING to the Prozac-gulping lefty cult members who sit around praying, to a God they won’t accept, that their little Emory grows up to be gay, and maybe even trans (BOOM! Lefty jillpot and no name change necessary!).

It had to be white people. Why in the Lord’s name would black people cancel a slave-turned successful business mogul, whose image is still relevant 155 years after the Emancipation Proclamation? We all know BLM likes to wave the slavery/victim banner every time a CNN camera is rolling. My hunch is that Aunt Jemima was killed in the grocery store by Mrs. White with a gun. Wait, lefties hate guns. With a rope. No, that’s racist… I know, with a candlestick from Etsy.

I will never understand the leftists’ willingness to obey every ridiculous woke command from commie-central. All I know is I’m getting a dog and calling him “Anagram” so the Ewokes won’t go near him. 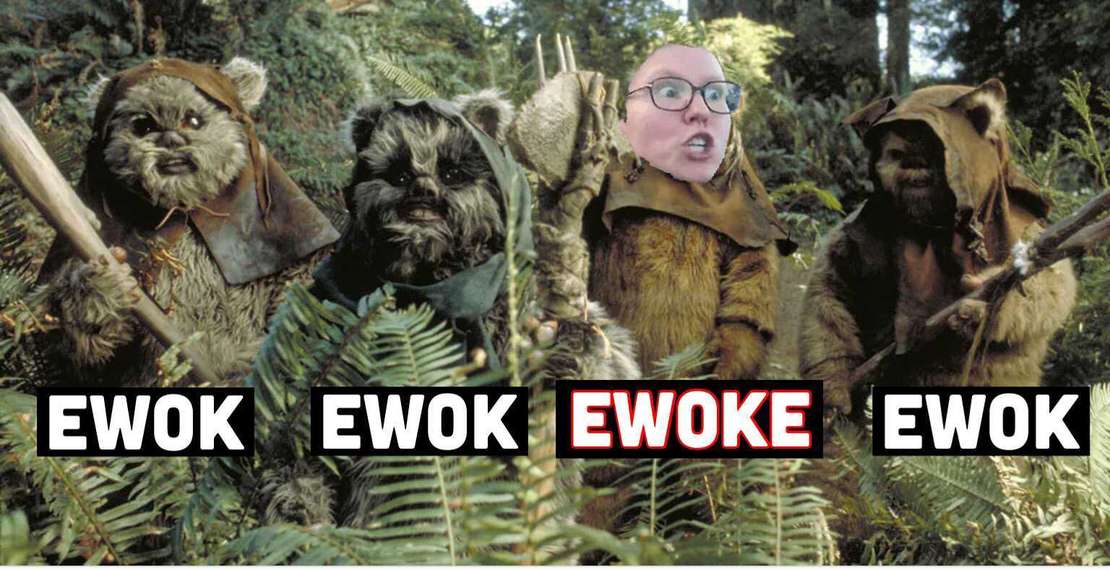 Kevin Downey, Jr. Is a comedian and columnist. When he isn't writing or performing on stage he is collecting surf records and perhaps practicing his mixologist skills at his tiki bar. His apartment, the Atomic Bunker, looks like it was furnished from George Jetson's garage sale.