America Is Hanging on by a Thread

Republicans won the Virginia governor’s race by only 66,000 votes when over 3.2 million were cast. Joe Biden got his monstrous “infrastructure” boondoggle spending bill passed because 13 weak Republicans in the House and 19 in the Senate caved and voted for it. One… maybe two senators stand in the way of the second, even more disastrous multi-trillion-dollar spending bill that D.C. liberals want to decimate us with. Everywhere I look, it seems like America is hanging on by the slimmest of margins. If liberty-loving Americans don’t band together, it’ll be lost. Lost for our kids, our grandchildren, and generations to come. Our great-grandchildren won’t even know what America really stood for if we don’t stop this gang in control right now. That’s why we need you to join the fight.

2022 is just eight weeks away and PJ Media is gearing up for the midterm battle.

Every day, our folks hustle like no other team, taking on these leftist liars and crooks, absurd COVID lockdowns and mandates, and the daily bullsh*t coming out of the White House and Capitol Hill.

Stephen Kruiser unmasking the hypocrisy and outright disdain liberals hold for real America. Victoria Taft documenting Antifa’s path of destruction along the West Coast. Stacey Lennox leveraging her medical background to tell the truth about COVID-19 and the vaccines. Stephen Green relentlessly mocking leftists who are working overtime to destroy our way of life. J. Christan Adams exposing election fraud. And much, much more.

All we do here day in and out is made possible by our VIP members directly supporting us. Thanks to them, PJ Media stayed strong during one of the most uncertain times in our 16 years.

That’s why we need you to join the fight.

Watching the Biden and Harris team move in was frightening enough, but the last 11 months have been completely terrifying. Their government, from cabinet secretaries down, are all radical leftist authoritarians. Their defense department lost Afghanistan with thousands of American citizens left behind as hostages. And with these spending bills, they are going to bankrupt our children and beyond.

Meanwhile, the Washington press corps is a bunch of slobbering idiots crawling over each other to help the White House and Congress screw average Americans.

Without more patriots willing to join our team as VIP members, we simply cannot be everywhere we need to be or support all the reporters necessary to shine a spotlight on all the corruption, deception, and socialism growing like cancer in America.

For those of you who are already VIP members, THANK YOU. Thank you for standing with us. You make our work possible.

For your loyalty throughout the years, we’re offering a limited-time special of 40% off VIP and VIP Gold membership, our largest discount ever. Use the promo code 2022.

If you become a VIP Gold member, in addition to getting access to weekly live chats with your favorite reporters and columnists, you’ll also gain VIP Gold level access to our other five conservative sites that are part of the Townhall Media family, including Townhall, RedState, and more – a nearly $300 value.

Questions? Email our VIP member team, and they can answer any curiosities about membership or help you get signed up if you have any issues. And our tech support is always available for you any time you have a problem. 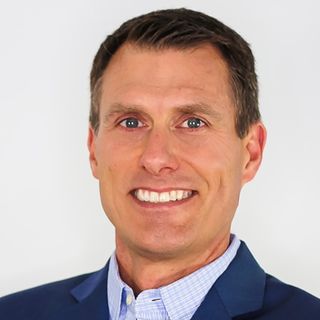