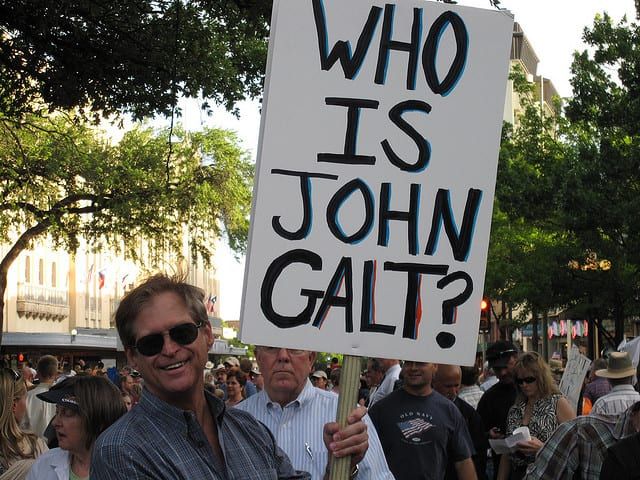 It began without controversy. At a routine board meeting of the North Star Tea Party Patriots (NSTPP), a coalition of activist groups in Minnesota which this author chairs, a vote was taken to admit a new member organization. The new group was the Minnesota Objectivist Association (MOA) which advocates the philosophy of Ayn Rand as expressed in her novel Atlas Shrugged. Though not a Tea Party organization in name, MOA was nonetheless supportive of the movement’s mission and principles. Signs reading “Who is John Galt?” in reference to Rand’s novel had been a staple at Tea Party rallies since the movement began.

Within days, word got around to the broader NSTPP membership that MOA had been admitted. Pushback began. Some complained that MOA did not have “Tea Party” in their name. Others noted that MOA was not listed on Tea Party Patriots’ national directory. The concern over these relatively minor points seemed disproportionate. Provision had been made in the NSTPP constitution to include organizations which predated the Tea Party movement yet sought the same ends. A group without “Tea Party” in its name had been admitted before.

After some beating around the bush, the crux of the matter emerged. Ayn Rand was an atheist, and her philosophy of Objectivism did not acknowledge the existence of God. Thus was alleged an irreconcilable difference between the Tea Party and Ayn Rand. 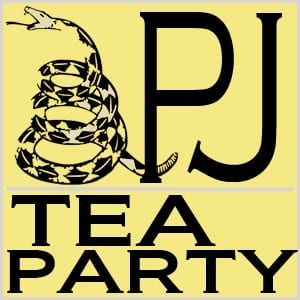 As the controversy progressed, MOA ultimately withdrew from the coalition, citing the episode as a needless distraction to all parties concerned. Precluding debate left some important questions unresolved. What role does religion play within the Tea Party? Must one be a theist in order to be philosophically aligned with the movement?

These questions are important because their answers define what the movement is really about. Is it solely an effort to affect fiscal responsibility, constitutionally limited government, and free markets? Or is it something more which goes unsaid? Is the movement on a mission from God? Or are its principles applicable to the religious and the non-religious alike? The answers to those questions could affect the integrity of the movement.

The role of religion in the Tea Party evokes the role of religion in government. How we view the separation of church and state informs how we emphasize our religion in political activism. Debate on the intent of the establishment clause typically falls into two camps. Religious activists observe that the words “separation,” “church,” and “state” are found nowhere in the First Amendment. They argue that the establishment clause was meant to protect the church from the state, but not necessarily the state from the church. Many secularists, on the other hand, see no place for religious expression in the public square. Atheist groups make headlines seeking to remove the Ten Commandments from court houses or nativity scenes from town halls.

Neither of these perspectives sees the whole picture. There is a difference between separating church and state and separating religion and politics. The first is possible. The second is not. Church and state are institutions of authority, one ecclesiastical and the other civil. By saying “Congress shall make no law respecting an establishment of religion, or prohibiting the free exercise thereof,” the First Amendment builds what Jefferson called “a wall of separation” between those institutions. This denies any church the use of force, and denies the state jurisdiction over religion.

Next: Is atheism anti-American? 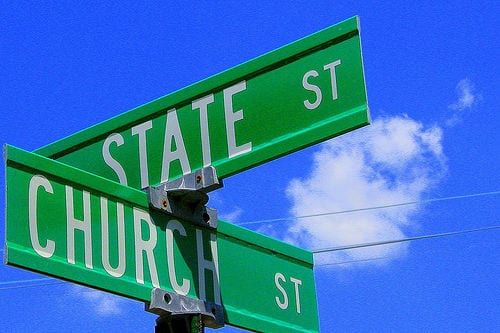 That said, there is nothing in the First Amendment which prevents religion from being expressed through politics. Indeed, the separation of religion and politics is as impractical as it is immoral. What someone believes will affect how they vote. The state lacks both the ability and the justification to dictate otherwise.

Unfortunately, attacks upon religious expression by a relentless secular minority have placed many religious people on the defensive. The result is an inherent suspicion of anyone without faith, the assumption that atheists are necessarily antagonistic toward religion, or worse – inherently anti-American.

Nothing could be further from the truth. Ayn Rand is perhaps the best example of an atheist whose unrelenting Americanism has been established beyond question. Rand was an anti-communist long before it was cool. More than that, she escaped the Soviet Union and took great effort under blistering criticism to warn Americans about the horrors behind the Iron Curtain. Her first book, We the Living, was panned by critics who claimed she didn’t understand the noble Soviet experiment. Aversion to Objectivism among religious conservatives seems to ignore this history, along with Rand’s fundamental arguments.

It is popular among theists to assert that belief in God is an essential prerequisite to a morality which recognizes natural law and the rights of the individual. The Soviet Union is cited among other tyrannical regimes as an example of atheistic thought manifest in government. However, if atheism leads inexorably to progressivism and communism, why did the atheist Rand spend her entire life decrying collectivism and advocating individual rights more aggressively than most of her American contemporaries? The answer is worth pursuing, and can be found in her work.

In a recently publicized letter to a Reverend Dudley written in 1943, Rand explained why her philosophy poses no threat to the practice of religion among free men.

I believe that my statement of man’s proper morality does not contradict any religious belief, if that belief includes faith in man’s free will. My morality is based on man’s nature, on the fundamental attribute of his nature which distinguishes him from the animals – his rational faculty. Since man is a rational being, his morality must be individualistic, for the mind is an attribute of the individual and there is no collective brain. If it is held that man is created by God, endowed with an immortal soul and with reason as an attribute of his soul, it still holds true that he must act in accordance with his nature, the nature God gave him….

Rand went on to acknowledge Christianity as a religion which respects the free will of individuals.

Christianity was the first school of thought that proclaimed the supreme sacredness of the individual. The first duty of a Christian is the salvation of his own soul. This duty comes above any he may owe to his brothers. This is the basic statement of true individualism….Christ did say that you must love your neighbor as yourself, but He never said that you must love your neighbor better than yourself – which is the monstrous doctrine of altruism and collectivism. Altruism – the demand of self-immolation for others – contradicts the basic premise of Christianity, the sacredness of one’s own soul…. 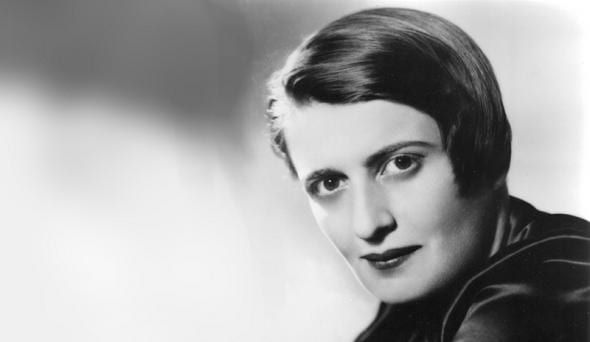 "Atlas Shrugged" author Ayn Rand was both an atheist and a "radical for capitalism."

The line which divides friend from foe within the Tea Party ought not be belief in God, but recognition of individual rights. In a world where government acted only to secure those rights, religious freedom would be assured for the theist and atheist alike.

Agreeing with an atheist like Rand about individual rights, and working in tandem to affect their protection, in no way compromises religious conviction. Atheism is not contagious. Why then vet political relationships with a religous test? What end does that serve? We don’t expect religious cohesion with our mechanics, co-workers, grocers, or in other incidential relationships. Why expect it in our political coalitions?

The Tea Party’s wise focus on economic and legal concerns ought to exclude religious affiliation as it excludes social issues. The goal of affecting public policy consistent with the principles of fiscal responsibility, constitutionally limited government, and free markets is explicitly secular. The Constitution separates church from state, if not in the way some secular revisionists would have us believe, making religious affliation irrelevent to constitutional activism. In the face of statist opponents who are stengthened by division in the movement, Tea Partiers ought to unite on principles of civil government and leave religious distinction to religious forums.

On Tea Party, Morgan Freeman Should Follow His Past Advice

When Science Is Wrong: The Threat of ‘Truth’ by Consensus

Editor’s Note: Every PJ Culture column will feature this colorful collection of icons at the end so you can check out the columnists you might have missed.
Share
Tweet