Is It Over, and We Just Don't Know It? 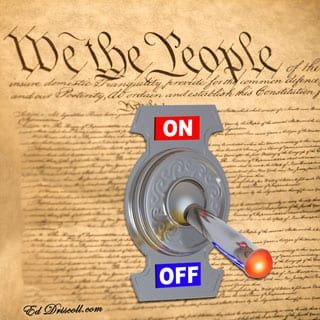 Historians have a tough time agreeing on many of the turning points in ancient history.

One of them, in light of events during the past several years and the tone of President Barack Obama’s State of the Union address on January 28, seems particularly relevant. That’s the question of when the Roman Republic ended:

(The republic) began with the overthrow of the Roman monarchy, c. 509 BC, and lasted over 450 years.

Towards the end of the period a selection of Roman leaders came to so dominate the political arena that they exceeded the limitations of the Republic as a matter of course. Historians have variously proposed the appointment of Julius Caesar as perpetual dictator in 44 BC, the defeat of Mark Antony at the Battle of Actium in 31 BC, and the Roman Senate’s grant of extraordinary powers to Octavian (Augustus) under the first settlement in 27 BC, as candidates for the defining pivotal event ending the Republic.

There’s little doubt that the United States of America has reached a point where, relatively unhampered by legislative or judicial barriers, its president and his bureaucracy exceed the limits of the nation’s Constitution “as a matter of course.” They in turn are quietly but effectively under the control of our “independent” central bank.

Decades from now, it’s possible that historians will look back and conclude that the American experiment, which began with its declaration of independence from and defeat of Great Britain, ended sometime between 1999 and 2014. As with Rome, the pivotal event isn’t obvious, and the list which follows isn’t all-inclusive.

The failure by the U.S. Senate to convict Bill Clinton after his impeachment by the House was the first signal that the rule of law might not matter any more. These days, the law seems to be whatever Barack Obama and Eric Holder want it to be.

The 2007-2008 crackup in housing and mortgage lending would be a leading candidate for the pivotal moment prize if one believes that it was the result of decades of conscious effort. Evidence that it was, including the Community Reinvestment Act and HUD Secretary Andrew Cuomo’s 1990s housing discrimination directives, both of which forced banks to make loans to vast numbers of borrowers who couldn’t repay, is compelling. Compounding the problem, government-sponsored enterprises Fannie Mae and Freddie Mac “routinely misrepresented” the quality of both the mortgages they packaged for the securities markets and those they kept on their own books for 15 years. The amounts involved were in the trillions of dollars.

It would have been painful in the short term, but the nation’s economy would likely have recovered, as it always previously had, from that Cloward Piven-like attempt to collapse the system if a frightened George W. Bush administration, opportunistic Congress, and conflicted Federal Reserve hadn’t intervened in the fall of 2008. But they did, and heavy-handedly. Congress passed TARP, despite citizens’ overwhelming opposition. Bush’s Treasury Department then used it to “put a gun to the head” of big-bank CEOs, forcing them to accept government “investment” and de facto control, which the Dodd-Frank legislation solidified two years later.

All the while, the Fed engaged in a massive, undisclosed bailout of domestic and even foreign banks, followed by what became known as “quantitative easing.” And $4.1 trillion later, our central bank’s tiny cadre of suits and skirts now has the ability to almost instantly send the economy into a tailspin any time they see federal government policies or actions they don’t like. Don’t think for a minute that the three branches which nominally run our government don’t know this.

Historians may conclude that the presidential election of 2012 was the last chance to undo the authoritarian encroachment. Pervasive Obama administration harassment of political opponents by its Internal Revenue Service, serial lying about the September 2012 Benghazi terrorist attack, and the mother of all 21st century lies — “if you like your health care plan, doctor, medical provider, and drug regimen, you can keep them” — inarguably delegitimized its result.

Things have now gotten so out of hand that a president consumed with arrogance can go in front of his nation and tell it that he plans to exceed his constitutional authority — and get a standing ovation from the same people who said they were scared to death of “the imperial presidency” a decade ago.

Obama acts as if he’s untouchable, and he seemingly is. If there’s a level of defiance or incompetence which will lead to serious calls for his removal, we haven’t yet reached that threshold — one which would long since have been crossed with any other president of either party.

Just days after his State of the Union address, we saw a cocky president comically declare that there’s “not a smidgen of corruption” at the IRS. He then stood by as the agency, in a clearly in-your-face move, handed out millions in bonuses to employees.

A short time later, we learned that the Health and Human Services Department allegedly allowed programmers from Belarus, a country which should be considered an enemy, to be involved in producing the objectively not-secure HealthCare.gov web site supporting Obama’s so-called “signature achievement,” the Affordable Care Act. The intelligence community believes that these programmers may have deliberately installed malware, which “could be used to covertly route data from the Obamacare website to foreign locations.” Since the Obamacare computers have access to a myriad of other federal databases, our enemies may literally now have the keys to the kingdom. As of when this column was written, this shocking development had barely made a ripple.

I certainly hope I’m wrong, and I’m not suggesting that we hang our heads and give up. But it sure feels like we are already in the grip of post-constitutional despotism. The best counter-argument right now is that some in Congress have finally determined that passing laws or even discussing legislation while a lawless president is in office is a pointless exercise. Will enough of them figure that out in time to begin taking the country back?