All We Are Saying Is Give Tea a Chance 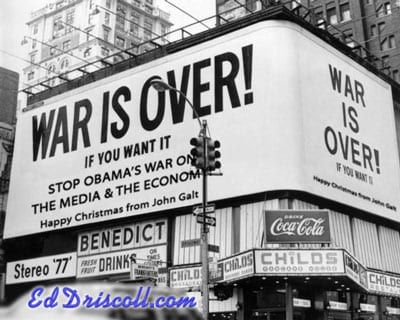 Convincing victories by Tea Party-supported candidates September 14, especially in the Delaware and New York Republican primaries, have left many sensible conservatives in states which held earlier primaries rightfully jealous. The results of what may someday be known as “DE-NY Day” demonstrate that late primary schedules can enable determined challengers to accomplish the seemingly impossible against the supposedly entrenched. On the flip side, artificially early primaries in states like Ohio and Illinois have been pivotal elements in those states’ preferred-politician protection rackets.

In Delaware’s GOP Senate primary, Christine O’Donnell defeated heavily favored, establishment-sponsored, clearly non-conservative sore loser Mike Castle for many reasons. Surely one of the biggest was that she had time to get her message out. The mid-September primary date worked in her favor both on the ground and through the air, as she garnered critical talk radio and Internet support from influential conservatives Mark Levin, Michelle Malkin, and others. The summer campaign gave O’Donnell the opportunity to convince the party’s sensible conservative base of the importance of stopping Mike Castle, a career politician whose values and votes have clearly been out of touch for years.

As remarkable as O’Donnell’s triumph was over a bitterly hidebound GOP establishment — and over a cacophonous cadre of allegedly conservative political commentators and bloggers who deserve to be challenged as to whose side they’re really on — Carl Paladino’s defeat of Rick Lazio in New York’s Republican gubernatorial primary was in some ways even more impressive. It also probably depended even more on the late primary date. After all, New York is over twenty times the size of Delaware in population and land mass; you can’t just flip a switch and turn on a full-blown campaign operation. Rick Lazio was a reasonably popular former congressman who quixotically (in retrospect) took on Hillary Clinton in the state’s 2000 U.S. Senate race when Rudy Giuliani had to withdraw because of prostate cancer. Though the political differences between Paladino and Lazio weren’t nearly as stark as O’Donnell versus Castle, Paladino carried an astonishing 62% of the vote compared to O’Donnell’s 53% majority.

Delaware and New York voters should thank their lucky stars that their primaries took place after Labor Day instead of before Memorial Day. Insurgent attempts in much earlier primaries in Ohio and Illinois unfortunately had very different results.

In Ohio, primaries during non-presidential election years take place in May; in presidential election years, they are in March. This year, in the state’s U.S. Senate contest, both the Democratic and Republican Party establishments backed “non-controversial” candidates they viewed as “acceptable” in Lee Fisher and Rob Portman, respectively. The candidates and the parties both did everything they could to shut out respective challengers Jennifer Brunner and Tom Ganley almost before either could fire a shot. Fisher’s coronation has angered much of the Democratic base, clearly including Brunner. Though he is probably going to get their votes by default, Portman’s determined and troubling aloofness from the Tea Party has been obvious almost since his campaign began. Voters can be forgiven for feeling that their choice is between Tweedle-D and Tweedle-R. A September primary would have at least caused Fisher and Portman to break an ideological sweat.

Further down the ticket, the Ohio Republican Party, which I prefer to call ORPINO (the Ohio Republican Party In Name Only), cleared the field for pretend conservative Mike DeWine to run for attorney general, while Tea Party-supported candidates for secretary of state and auditor got thumped by roughly 2-1 margins. Additionally, most insurgents seeking State Central Committee seats lost to go-along, get-along incumbents who deceptively pretended in their ORPINO-paid campaign literature to have “Tea Party values.” Given four months’ time and what we all saw with our own eyes on DE-NY Day, it’s not unreasonable to believe that the results of a September Buckeye State primary, especially in those Central Committee races, might have been very different.

In the Illinois U.S. Senate race, the situation is even worse. The state’s primaries this year were in February. The absurdly early date enabled Congressman Mark Kirk, the GOP establishment’s favorite, to get away with voting “yes” for the same cap-and-trade law whose support arguably killed Castle’s Delaware Senate bid. There was simply not enough time for insurgent challengers to build momentum.

On the Democratic side in Barack Obama’s home state, it’s even worse. The self-evidently corrupt Alexi Giannoulias, who it should be noted is one of the few Democrats in the country still willing to be seen in the same zip code with Obama, was similarly able to keep more principled opposition at bay. One indicator that there is plenty of leftist resentment over Giannoulias’s coronation is that the Green Party’s candidate was polling at 9% just after Labor Day.

Primaries should not be taking place six or nine months before a general election. Our Founders would never have agreed with the idea that challengers in early primary states must take 18-20 months out of their lives in anticipation of campaigning full-time until the general election. Many exceptional people who would make good candidates and might be able to carve out ten months or so simply can’t make a commitment twice as long because of personal and financial considerations. Unfortunately, to career politicians and their state party establishments, that’s a feature of early primaries, not a bug.

It is long past time for states with earlier primaries to schedule them later, preferably just before or just after Labor Day. If we must (it’s a separate debate), let’s leave the presidential primaries where they are, but, as many states already do, keep them separate from the other races. With sufficient grass-roots pressure, perhaps in 2011 — in time for 2012 — this change will come.

It’s also long past time for the we-know-better types in state parties to stop rigging primary campaigns, and, yes, for voters who haven’t yet woken up to pay consistent, closer year-round attention.