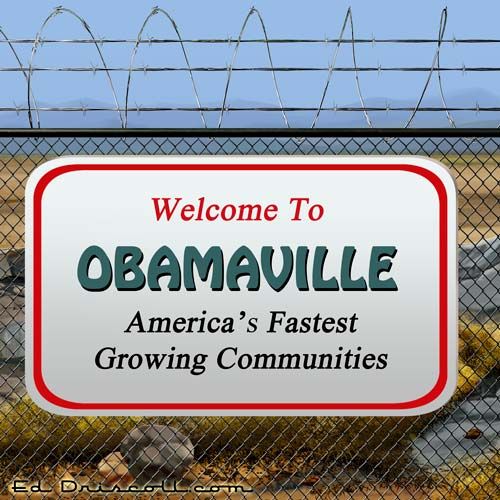 Imperialism, Robert Kaplan argues, has gotten a bad rap, “despite empires’ having offered the most benign form of order for thousands of years, keeping the anarchy of ethnic, tribal, and sectarian war bands to a reasonable minimum.” He concludes:

This by no means obliges the American military to repair complex and populous Islamic countries that lack critical components of civil society. America must roam the world with its ships and planes, but be very wary of where it gets involved on the ground. And it must initiate military hostilities only when an overwhelming national interest is threatened. Otherwise, it should limit its involvement to economic inducements and robust diplomacy—diplomacy that exerts every possible pressure in order to prevent widespread atrocities in parts of the world, such as central Africa, that are not, in the orthodox sense, strategic.

That, I submit, would be a policy direction that internalizes both the drawbacks and the benefits of imperialism, not as it has been conventionally thought of, but as it has actually been practiced throughout history.

In practical terms, it seems that what he’s arguing for is military spending levels and an energetic foreign policy consistent with the period extending from the start of the Pax Americana during the first Gulf War, up to the initiation of the second Gulf War. New to the mix — and this is me interjecting — would be increased black ops to counter the increase in terrorist acts against us, our friends, and our interests.

The Cold War was one of history’s aberrations, brought to an end by the Soviet Union collapsing under the weight of its inherent contradictions and a big push from President Ronald Reagan. Minus a great ideological foe, the first George Bush and Bill Clinton got things more or less right. We can quibble over this initiative or those cuts or that program — but that’s how democracies lurch towards policy decisions, foreign or domestic, in the first place.

Broadly speaking, though, Bush and Clinton helped bring a lot of peace to the world (Kuwait, Ireland, the Balkans) or tried in good faith to (Israel/the Palestinians), at a price the country could afford (5-7% of GDP). They managed all this while also managing to help our former rival decline quietly. That was no mean feat, given the stew of ethnic hatreds, historical grievances, ill-drawn borders, first-world weaponry, and nuclear bombs, stretching from the former intra-German border in Central Europe, all the way to Vladivostok in the North Pacific.

I would add that it’s probably no coincidence that with the exception of a brief recession in 1991, the Bush/Clinton years were also remarkably prosperous ones.

The Bush-Clinton years were far from perfect, of course, with 9/11/2001 the testament to their failure to comprehend radical Islam. Two collapsed skyscrapers and two thrown-away wars later, as a nation we have yet to fully comprehend the lesson. That one glaring failure aside, we enjoyed very good times.

While it’s impossible to dial back the clock to 1995, it should be possible to provide the same sort of global leadership at the same domestic cost. Adversaries change, conditions change, weapons systems change, nothing is static. But the methods available — naval and air supremacy combined with an energetically friendly and proactive diplomacy — needn’t change for decades to come. Or perhaps longer.

But we’ve grown too decadent. Our Navy can’t build a got-dam frigate for the new century but somehow finds the time to track our parking tickets. The Air Force is building gold-plated fighters it can’t afford enough of, while refusing to even think about a cheap and effective replacement plane to serve in the ground-attack role. Our Army is the best-trained and most-experienced in the world, yet is about to get cut down to pre-WWII size.

Our State Department has become the place to send failed presidential contenders who don’t have a clue what a grand strategy should be or how to formulate one. In the case of John Kerry, I’m not sure he comprehends why there’s a necessity for formulating one. And I’m dead certain that’s the case for our president, who seems to resent the world for not leaving him alone long enough to work out a really top-notch NCAA bracket.

We’ve squandered so much — men, experience, material, wealth, institutional knowledge, our sense of exceptionalism — that it is difficult to see how we will ever earn them back, absent some huge catastrophe.

We can certainly see the catastrophes coming. Iran is going nuclear, with Saudi Arabia and Turkey sure to follow suit. Even leaving aside the many unknown-unknowns if Israel should strike Iran, the thought of the Middle East tinderbox being full of crude nuclear devices should make any rational person blanch. In Eastern Europe, Vladimir Putin has taken what was arguably his in Crimea, but our petulantly impotent response has undoubtedly whetted his appetite for more. In the South China Sea, Beijing is gaining experience with its first “practice” aircraft carrier, while we allow our fleet to decline. In Syria, the world has learned that a tinpot like Bashar Assad can thumb his nose at the American president — and our president’s reaction was to become Assad’s de facto guarantor, in exchange for the removal of chemical weapons which haven’t been, and likely never will be removed.

Catastrophe is brewing here at home with our impossible welfare state, our permanent new underclass of the longterm unemployed, and our inability to produce even subpar economic growth without borrowing trillions from our future or printing up trillions more out of thin air. The middle class finds itself ZIRPed out of its savings and regulated into nothingness, while Wall Street parties on like it’s forever 1999. The president, whose big-government and easy-money policies made it all possible, rails against all this inequality before confabbing with his one- -percenter pals over how to better sell his failing health insurance boondoggle to the lumpenproles.

It’s enough to make you wonder if the world will ever again enjoy the tempered empire of a Pax America, or if instead we’ll become the unhappy subjects of a less benevolent empire.