Keep Your Friends Close, But Your Frenemies Closer 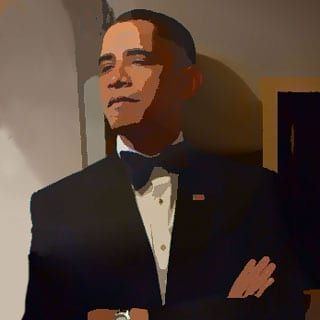 Sure enough, from the Balkans to North Africa, Mussolini kept requiring German tongs to pull his bacon out of the fire. Worse yet for Germany’s aims in the East, the Italian Army, screening the left flank of Hitler’s Stalingrad salient, collapsed when counterattacked by the Soviets. As a result, Friedrich Paulus’s 6th Army was cut off and destroyed inside Stalingrad. The Soviet victory there turned the tide on the Eastern Front.

The point here isn’t to pick on the Italians, who had been badly outnumbered and outgunned along the Don River, but rather to illustrate how vital it is to choose your friends… wisely.

Take for another example our president, Barack Obama, and some of his rather unfortunate friendships.

Democratic panic has set in.

With the health care sign-up period coming to an end this month, Democrats in Congress are looking over at the White House and realizing that the president is not only incapable of saving them, but he looks like a big anchor tied around their necks.

Charlie Cook notes that the political winds suggest a “really bad year for the party in the upper chamber.”

Next up is strongman Russian leader Vladimir Putin, who has become Obama’s friend on a variety of issues, writes Norm Ornstein:

Putin saved the president from a huge embarrassment with the intervention to resolve Syria’s chemical-weapons stockpile, just before the Senate would have voted down his request for authorization to use force to punish Assad for using the weapons repeatedly against Syrians. Russia is a key player in the delicate negotiations with Iran over its nuclear program. Moscow can make the U.S. transition out of Afghanistan more painful and disruptive, and can be a positive or negative player in negotiations between the Israelis and Palestinians.

The last comes to us from the Washington Post’s Dana Milbank, who frets that “fickle” millennials have abandoned the president over ♡bamaCare!!!. He writes:

The administration announced last week that only 1.08 million people ages 18 to 34 had signed up for Obamacare by the end of February, or about 25 percent of total enrollees. If the proportion doesn’t improve significantly, the result likely will be fatal for the Affordable Care Act.

There is much handwringing by Milbank over Gen Y being “disillusioned,” and “less patriotic,” and “less trusting.” Poor President Obama, stuck with such unreliable allies. Of course it could be that millennials took one look — if that — at ♡bamaCare!!!’s prices and policies and decided they were the ones getting screwed over by their one-time friend.