A 'Do-Nothing Congress'? That’s a Compliment! 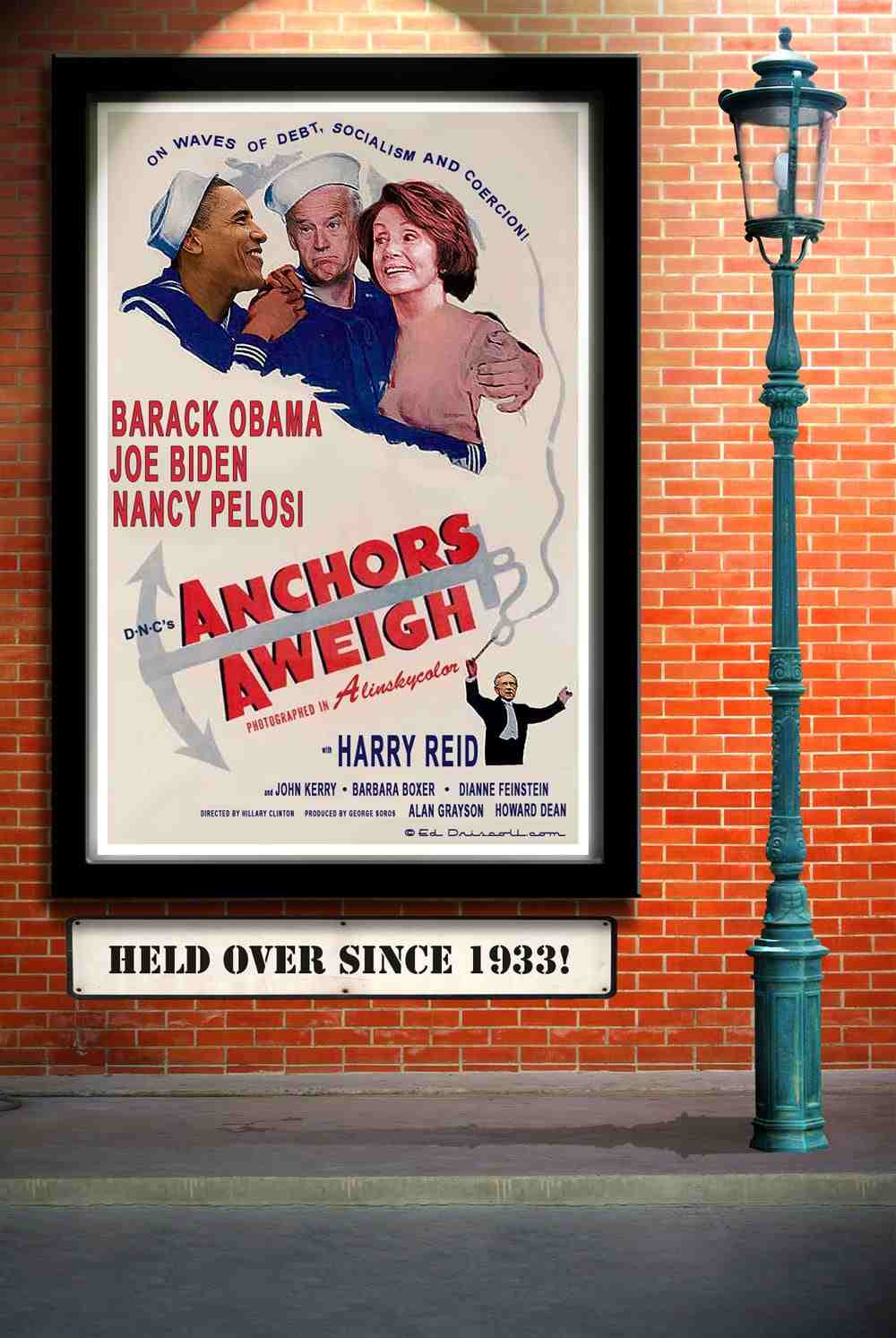 “No man’s life, liberty, or property are safe while the legislature is in session.”
—Gideon J. Tucker

The 113th Congress was publicly chided by Washington’s chiding classes for not getting much done last year — that is, for not passing very many laws. Indeed, 2013 was the “least productive” Congress in 66 years.

Isn’t it nice to read some good news for a change?

It might be a wonderment to some of us who never served in the military, why so much time and effort and care is given to seemingly little things like shining shoes and polishing brass and picking up litter. Sure, it’s nice to have shined shoes and polished brass and a clean base, but shouldn’t those guys (and gals) be out there practicing with their rifles and tanks and aircraft carriers and stuff?

If that last paragraph gave you Sudden Column Topic Change Whiplash, bear with me for a moment longer — we’ll get back to our Do-Nothing Congress here momentarily.

For all of recorded civilized history, militaries have been largely comprised of fit young men. Now I can tell you from personal experience that even fit young men in civilian life (or even not-so-fit young men) will get themselves into all kinds of trouble when they’re bored. In the military, the problem is exacerbated by elements not always found in civilian life, such as trained aggression, easily available “camp followers” (women), cheap liquor, nice paychecks, low living expenses, and of course heavy equipment such as tanks and aircraft carriers.

If you let a crowd like that get too bored very often, there’s going to be trouble. You can’t keep them in the barracks all the time, and training is too expensive to go on all the time — not to mention all the wear and tear on the heavy equipment. So it’s a smart military which keeps a major peacetime focus on those “little things” like keeping their uniforms sharp. General George S. Patton, a fierce warrior to be sure, was also a martinet right down to his bones. He famously insisted soldiers in his Third Army wear their ties at all times, even during seemingly unimportant events like the relief of Bastogne.

At least if the movie version of Patton is to be believed, and I do.

Which brings us back to Congress.

A “productive” Congress gives us things like the Patient Protection and Affordable Care Act, which required 2,500 pages and another ten times that in federal regulations in order to protect patients by taking their doctors away and reducing the number of Americans with insurance while doing nothing to make care more affordable. But those new policies with the higher deductibles seem to be very popular, based on the number of people mandated by law into nearly considering buying them.

Those busy beavers also gave us the Orwellian-named Patriot Act, which has allowed tens of millions of Americans to very patriotically remove their shoes in very patriotic airport security lines, and has also allowed virtually every American to have his or her phone calls very patriotically logged by the NSA.

They also passed into law the Dodd-Frank Wall Street Reform and Consumer Protection Act. As best I understand this law, which requires an advanced degree in quantum physics simply to look at the TPS cover sheet, consumers have been protected by requiring that rich Wall Street types merge into giant banks stuffed full with consumers’ tax dollars. Or something like that. There’s also a bit in there which requires the banks to put up the office space to house the Washington regulators right there inside the banks, in order that they might all become even more buddy-buddy.

Obviously, a bored Congress can get into even more trouble than a hard-drinking PFC with a cocktail waitress on each arm. The difference is, the young soldier will find himself waking up in the brig on Sunday morning, while it’s you and me who get to pay the fine — mandate! No, tax! — for Congressional troublemakers.

This is what came to me when Longtime Sharp VodkaPundit Reader™ Daniel in Brookline reminded us of something he’s been saying since “♡bamaCare!!!” was passed in 2010. Daniel thinks that “Congress should not be allowed to vote on a bill before it’s been read aloud, in its entirety, including all footnotes and addenda — and only those who sit through the entire reading can vote.”

I think, why stop there?

There are all sorts of ways we could keep our pet congresscritters busy and blissfully un-“productive.” We can’t keep them busy shining shoes or polishing brass, because the Founders were shortsighted enough to give Congress the power to set its own pay, so now they can all afford to have their shoes professionally shined, along with all the Botox and hair implants they can eat. So instead I make the following proposals in addition to Daniel’s wise suggestion.

● All amendments shall be adorned with at least one color campaign photo of the amendment’s author. The filibuster might be dying, but senators might prove too busy gazing longingly at their own amendments to ever bring anything to a vote anyway.

● Encourage members to spend more time with their constituents in their districts or home states, while heavily sedated if desired by said constituents.

● Push for legislation providing funds to build a Capitol Building water feature, which is actually a moat filled with sharks with frickin laser beams. Ill-tempered mutated sea bass are fine as a second choice.

● All committee hearings should feature a two-drink minimum.

● Issue each of the 435 House members their own giant gavel.

Any one of these ideas is likely to produce the kind of unproductive Congress this nation could finally afford. But even just daydreaming about them has me feeling better than ever about my life, liberty, and property.

Or maybe that’s just my own drink minimum kicking in.