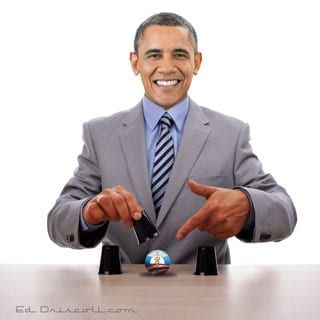 News of what might be Obamacare’s most serious medium-term failing came to me thirdhand. Longtime Sharp VodkaPundit Reader™ cfbleachers alerted me to a Neo-Neocon column based on a Washington Examiner “Watchdog” article by PJM alumnus Richard Pollock. There is so much slow-motion fail built into the 2,000 page law, and so little of it is covered in depth by the mainstream media, that thirdhand is often the only way to learn what’s really happening — and what is yet to come.

First, the beef from Pollock:

“It’s not just the number, but who they are. You’ll find under the Obamacare exchanges that the academic hospitals have declined to participate, along with the specialists who practice at those hospitals. The same is true of cancer hospitals,” she said.

“People who are seriously ill need to stay away from these exchange plans,” McCaughey said.

I need everyone reading this to fully understand the implications of what McCaughey said, so I’m going to spell this out for you bluntly. The only way to receive an Obamacare subsidy is to buy insurance through one of the state exchanges or through Healthcare.gov. But doing so will automatically exclude each and every ACA buyer from the nation’s top hospitals and specialists. In other words, the very people who were supposed to be receiving all the wondrous benefits of the “Patient Protection and Affordable Care Act” will instead be relegated to second- or third-class care. Not to mention higher deductibles.

From there, as difficult as this might be to imagine, things get worse. Let’s go to Neo-Neocon herself:

You might say, “But what of people who buy individual insurance off the exchanges? Can’t they circumvent the problem?” After doing a lot of research (including phoning insurance companies), everything I’ve read and heard points to the fact that the entire individual health insurance business has restructured itself to conform with Obamacare, and that individual policies off the exchanges are the exact same policies as those on the exchanges.

The emphasis is in Neo-N’s original, but at this point it almost seems superfluous, like worrying about the chance of rain during a volcano eruption.

The long, drawn out lesson millions of Americans are about to learn, and painfully, is the difference between coverage and care.

It’s reminiscent of 1993 and Bill Clinton’s brilliant — if ultimately unsuccessful — effort to sell the Health Security Act, aka HillaryCare. At the time, ATM card use was exploding. What was once a fairly novel way to get cash without having to deal with a teller, or even the inside of a bank, was quickly becoming the way to pay for everything. So there was Clinton addressing the Congress on his health reform proposal and all the benefits it would guarantee to every American. Clinton picked up something which looked just like the ATM card in everyone’s wallet, showed it to the world and said, “This health care security card will offer this package of benefits in a way that can never be taken away.”

I watched the speech live, nearly 21 years ago, and thought to myself, “He’s done it. He’ll sell collectivized medicine because of that damned card.” (Maybe I shouldn’t have put quotes around those words; I might have left out some very creative and forceful curses.) The health care security card was a totem, a talisman. Hold it, and the benefits flow down to you from above. Where does the cash come from in the ATM? Somebody loads it up at night and my magic card releases it. Where does the health care come from? Those fancy buildings, and my magic card releases it.

As political theater, it was some of the best I’ve ever seen. Only Hillary’s ham-handed secretiveness, and a fictitious middle-class couple named Harry and Louise, generated enough public opposition to prevent the HSA from becoming law.

Four years ago, the Democrats gained enough seats in Congress to be able to ignore rising public opposition. And they had learned a valuable lesson about bringing the insurance companies on board with Obamacare’s complex and secretive set of subsidies and potential bailouts.

But now we have a legally tiered system, essentially caste-based and feudal. If you’re lucky enough to have employer-based coverage (a shrinking number, to be sure), you’ll be allowed to receive the best care. If not? You’ll find that your Brosurance or Hosurance or even your Gold Plan entitles you to stand in line and wait for somebody unskilled or untrained enough that they have to treat lower-caste patients.

America has historically been excellent at providing care, but not very good at providing coverage. Obamacare has turned that around.