Stephen continues his Journey of Discovery into the wilds of Denver. Today he samples the local flora and fauna.

Once again, I headed out into (can you go out and into the same place at the same time) the wilds of downtown Denver to see the sights — and there were many sights to behold. Here are a few. 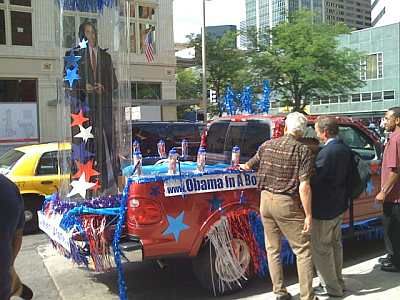 For a party none too fond of capitalism, the Democrats have certainly brought out plenty of entrepreneurs this week. This fellow is selling Obamas in Bottles. He promises his product is “80% Made in the USA.” 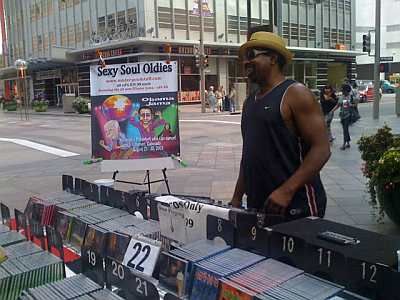 It never occurred to me to imagine John McCain gettin’ sweaty to the oldies. Now I know why. 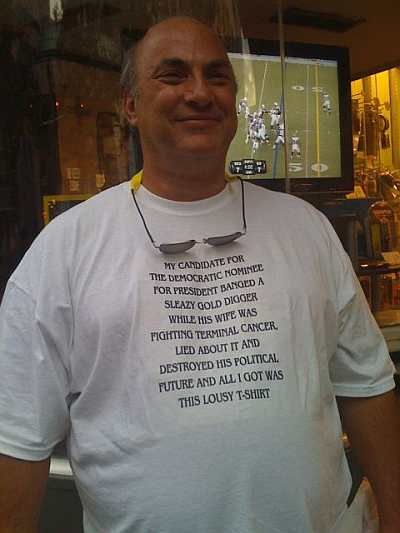 One John Edwards supporter managed to keep his sense of humor. His t-shirt reads, “My candidate for the Democratic nominee for president banged a sleazy gold digger while his wife was fighting terminal cancer and lied about it and destroyed his political future and all I got was this lousy t-shirt.” 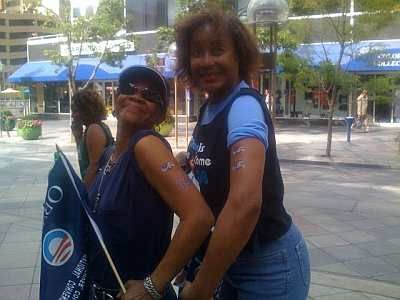 Most everyone here has been friendly and fun — and were can I get some of those technicolor tattoos? 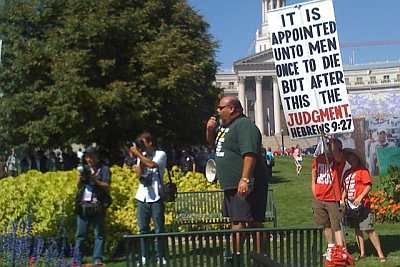 The Procession to the Future was delayed — into the future! — by the antics of this nutcase. Of course, the crowds shouting him down as a fascist sounded a wee bit fascistic themselves. Even if they were right. 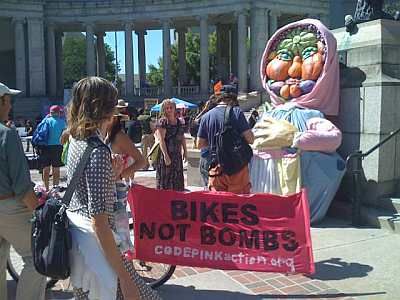 You ever try dropping a Schwinn on a cave full of al Qaeda thugs? It’s not nearly as satisfying. 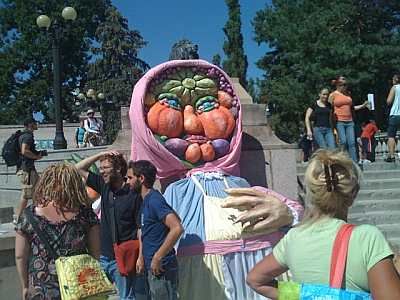 This is Veggie Momma. I didn’t see any Veggie Kiddies around, although I do have a sudden craving for cherry tomatoes. Or are those the vegetarian equivalent of eating veal? 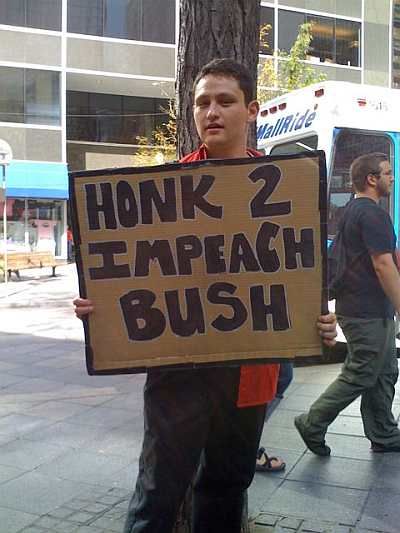 He might have had better luck if he’d been carrying his sign somewhere other than the 16th Street Mall, which is for pedestrians only. 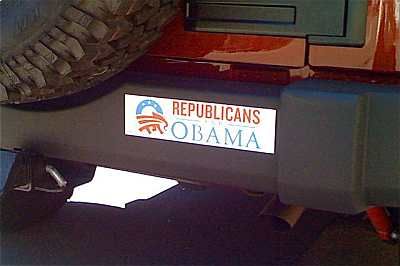 “Republicans for Obama.” I finally found one. One. Meanwhile, there are PUMAs everywhere. 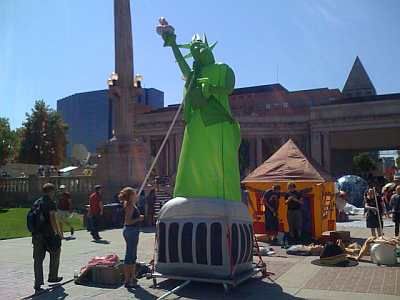 The Procession even included an inflatable Lady Liberty, which despite their best efforts persisted in leaning to the right.