Live from DNC: Denver Is a Riot

My instructions for covering the Democratic National Convention were clear:  “Show us the stuff we can’t see on TV.”  Fun!  So when I heard that a group called “Shake Your Money Maker” were going to attempt to levitate the Denver Mint with happy thoughts, I knew we had to be there.

The PJTV video crew, plus blogger (and PJM contributor) Charlie Martin, Michelle Malkin and myself gathered — along with the more police and press than protestors — to do what we thought would be a fun little puff piece.  And the pieces were certainly all in place: there was a guy wearing a silver and knock-off Oakleys, and his parter in metaphysical crime under the purple wizard hat.  Then came the drums, the chants, the confetti, and — surprisingly enough — a continuing just-standing-there by a rather large and solid stone building.  Let the snark begin!

Then things got ugly.

9/11 “Truther” and all-around rabble-rouser Alex Jones was there, and recognized Michelle.  Soon he was in her face, easily five times her size, shouting and threatening.  He wasn’t alone.  Charlie got an elbow in the kidney.  Our Intrepid Video Dude, Andrew Marcus, got right in the middle of it, and got some great video.

But the shouting and shoving got worse, the cops did little, and the best we could do was to make our way out without further escalation.

In the end, no one was hurt — or even much rattled.  But we did have an interesting, exciting even, five minutes.  And the Denver Mint never even so much as shrugged.

August 25: A Walk on the Wild Side

PJM’s Stephen Green lives in Colorado so he seemed a natural to cover the convention for us, giving our readers the local angle. Today, Stephen observed the imported wildlife that showed up for the convention in various venues around the city. Judging by what he found, zoologists may have to come up with a few new genera in order to properly categorize his observations.

In this photo essay, Mr. Green reports on this invasion as only he can. 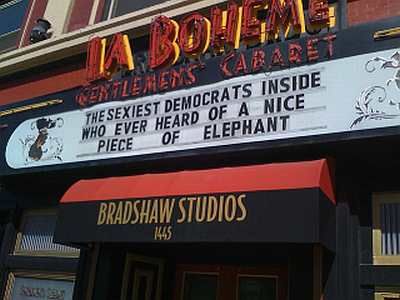 Our first bit of local color comes from the management of this fine establishment. A quick look inside yielded no sign of Eliot Spitzer. 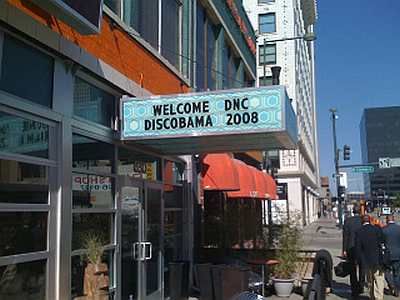 Even local nightclubs are getting into the spirit of things. Instead of Barracking the Vote, this club has gone for something a little more Travolta-esque. 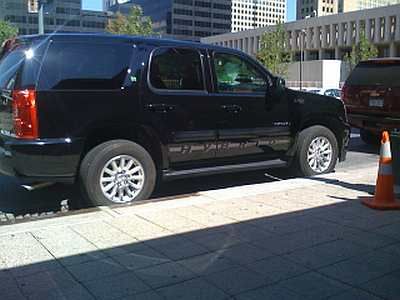 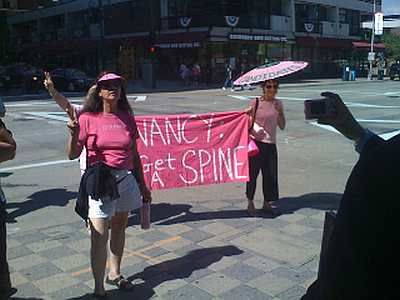 What Code Pink lacked in numbers, they made up for by haranguing the outdoor lunch crowd. 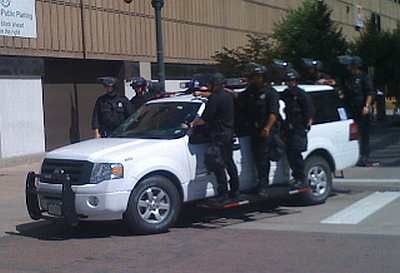 There’s a joke here involving cops and Volkswagens, but I’m not going to make it. These guys already have enough to deal with. 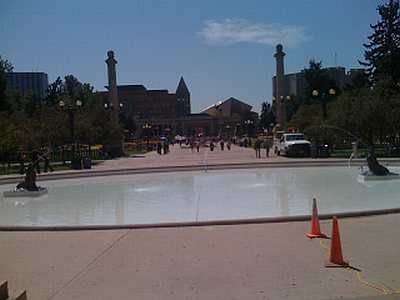 When CNN shows you the “huge” protest crowds at the “Freedom March,” keep in mind they couldn’t even come close to filling the modest-sized park where they began their Somewhat Noisy Stroll. 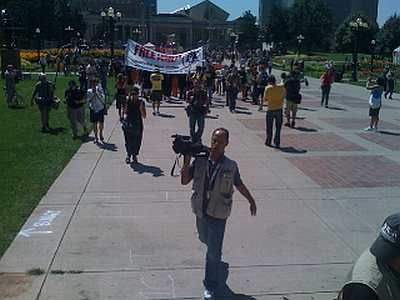 Once the march got going, things moved quickly. By that I mean: It was over fast. The bulk of the Noisy Stroll passed by me in less than two minutes. The press-to-protestor ratio was close to 1:1. 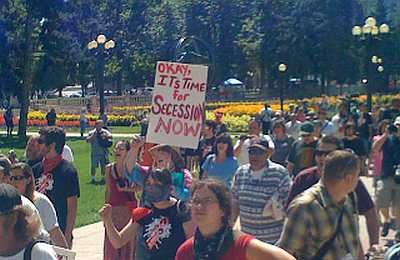 I wonder what people would say if a Southern group had called for secession? Give peace a chance! Give Vermont to Canada! 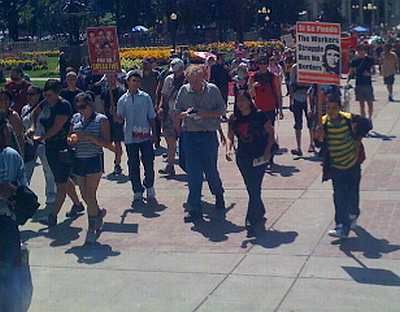 Even the Strollers seemed bored with Che. 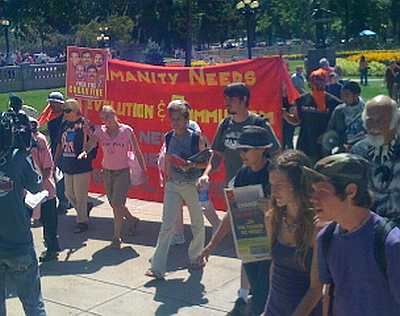 Give this bunch some credit: At least they’re honest about being Marxist deadenders. 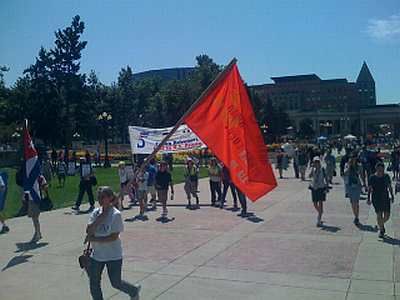 Within two minutes, the Stroll had pretty bunch petered out. Oh, and kids? I cut off my ponytail back in ’95, mmkay? 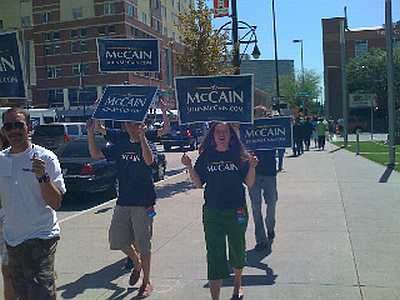 I did, however, see one group, however small, of happy protestors.

No blood in the streets, no flung poo. One report said that Recreat68 and the rest of the brats could only muster 5% of the crowds they’d promised us. A promise — or a threat?