Fears are spreading that Italy may soon have to follow Greece, Ireland, and Portugal and seek a financial bailout from the European Union and the International Monetary Fund. Doubts over the sustainability of Italy’s explosive cocktail of high debt and low growth have led to violent routs that saw Italian stocks plunge and bond yields soar in recent days.

Italy is the seventh-largest economy in the world and the third-largest economy in the euro zone (the group of countries which use the euro as their common currency). It is also the third-most indebted country in the world after the United States and Japan. In its European context, Italy’s mountain of debt is more than that of all the other so-called PIGS (Portugal, Ireland, Greece, and Spain) group of financially troubled countries combined.

Given the massive size of the Italian economy, many analysts believe that Italy (like Spain) is too big to be rescued and that a full-blown debt crisis in the country could lead to the collapse of Europe’s single currency.

Confidence in Italy began to erode after Moody’s Investors Service and Standard & Poor’s announced in recent weeks that they are reviewing the country’s sovereign credit rating. The review for a possible downgrade of Italy’s rating comes amid stalled economic growth that will complicate any efforts to reduce the country’s debt load, and political infighting in Rome over budget cuts required to prevent government borrowing costs from spiraling to unaffordable levels.

There is no quick fix for the two most immediate problems ailing Italy: the country’s towering national debt and extremely poor prospects for economic growth.

At 120 percent of GDP, Italy’s debt is the EU’s second-largest by that measure after Greece, which has a debt-to-GDP ratio of 150 percent. Italy’s €1.8 trillion ($2.5 trillion) debt, which is equal to the country’s national income, poses an unsustainable economic burden that will push Italy into the abyss if the government’s debt servicing costs keep rising.

The main measure of Italy’s borrowing cost broke above 6 percent for the first time in 14 years before easing back slightly on July 12. If the yields on its 10-year bonds reach the dreaded 7 percent threshold — the level that most economists would regard as the benchmark rate above which a euro zone country’s long-term borrowing costs become unsustainable — Italy would be on the path to default. Greece, Ireland, and Portugal all sought international assistance after their 10-year yields rose past 7 percent. 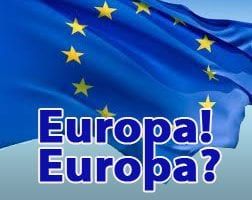 The surge in Italy’s bond yields will increase the government’s debt financing costs to about €75 billion in 2011, or almost 5 percent of GDP. That figure is expected to rise to €85 billion by 2014. Economists estimate that if the average interest rate on Italy’s debt rises to 6 percent over that period rather than the 5 percent forecast, financing costs will jump by another €35 billion. Average financing costs of 5.5 percent means Italy would need a primary surplus of at least 3 percent to stabilize debt at around 120 percent of GDP.

In a bid to calm investor anxiety and help bring down debt servicing costs, Prime Minister Silvio Berlusconi announced a four-year, €40 billion ($56 billion) austerity package to close the gap between spending and revenue. “Without balancing the budget, our debt, which is a monster that comes from our past, would devour the entire country,” Finance Minister Giulio Tremonti said.

The plan calls for freezing public sector pay, reducing funding to local government and health services, increasing the retirement age, and cracking down on tax evasion. Italians will also have to pay €25 for some non-emergency hospital visits and €10 above existing fees to see specialists. The aim is to cut the budget deficit from 3.9 percent this year to 2.2 percent in 2013 and to balance the budget by 2014.

Despite opposition from industrialists and workers alike, the austerity package won parliamentary approval on July 15. The bill won 314 votes from the 630-member chamber, not an absolute majority but enough to muster passage given absences and abstentions.

Berlusconi hopes passage of the bill will ease market tensions. But the bulk of the measures will not take effect until 2013-2014, by which point the politically unpopular package may become diluted. Moreover, general elections are due in 2013, which also casts doubt on the plan’s long-term credibility.

In any case, cutting the deficit to 2.2 percent by 2013 would result in only a very modest drop in the debt-to-GDP ratio to 115 percent by 2013. Italy will still accumulate €120 billion in additional debt between now and 2014, according to Senate Finance Committee President Mario Baldassarri.

Italy’s anemic economic growth will make it difficult to tame the debt even if the budget measures are approved and the government manages to balance the budget in 2014. The Italian economy grew only 0.1 percent in the first quarter of 2011 and the median forecast in a quarterly Reuters survey of around 20 analysts points to an annual rise of just 0.9 percent in Italian GDP in 2011.

Everyone seems to agree that Italy’s growth problems are structural and systemic. As noted recently by the Economist magazine: “Between 2000 and 2010 Italy’s average growth, measured by GDP at constant prices, was just 0.25% a year. Of all the countries in the world, only Haiti and Zimbabwe did worse.”

Says the Economist: “Many things contribute to these gloomy figures. Italy has become a place that is ill at ease in the world, scared of globalization and immigration. It has chosen a set of policies that discriminate heavily in favor of the old and against the young. Combined with an aversion to meritocracy, this is driving large numbers of talented young Italians abroad. In addition, Italy has failed to renew its institutions and suffers from debilitating conflicts of interest in the judiciary, politics, the media, and business. These are problems that concern the nation as a whole, not one province or another.”

Meanwhile, Berlusconi’s government is embroiled in a series of corruption and sex scandals involving the prime minister himself and many of his associates. In Italy’s latest political scandal, Agriculture Minister Francesco Saverio Romano, an important ally of Berlusconi, is facing charges of helping the Mafia. And on July 9, a Milan appeals court ordered Berlusconi’s holding company Fininvest SpA, which is run by his daughter Marina Berlusconi, to pay €540 million ($770 million) in damages to a rival company in connection with a two-decade-old corruption case.

With Berlusconi’s popularity at an all-time low of around 30 percent (with no obvious successor in sight), his government is weak and lacks the political capital needed to implement the sweeping changes required to restore Italy to economic and financial health.

Shaken by the prospect of financial meltdown, Berlusconi declared that Italy is “in the front lines of an economic battle” and must “accelerate the process of austerity within a very short time frame.” But his austerity package may grant Italy only a brief respite in the present crisis. In the words of Finance Minister Tremonti: “Like with the Titanic, even the first-class passengers can’t be saved.”

Italy is facing a “no-win” situation: Austerity measures and long-overdue reforms to Italy’s labor market, where workers are over-paid and notoriously under-productive, will grind to a halt already stagnant economic growth. Without those reforms, however, investors are bound to flee Italy, increasing the risk of a debt default that would have consequences far beyond the country’s borders. Either way, the glory days of Italy and its much-vaunted social welfare state are long gone and unlikely to return anytime soon.