China, Russia Are Challenging Our Navy: Is Our Submarine Program Prepared?

Although the People’s Liberation Army Navy (PLAN) notified the Navy of their route, this marked the first PLAN voyage into the Arctic in the PRC’s history. Several days before, China marked the end of World War II for the first time, holding a military parade displaying the full might of the PLA’s combined forces. President Xi Jinping announced sweeping military reforms, aimed at modernizing and streamlining the PLA to allow it to fight a “modern limited war.”

On September 4, a Russian oceanographic vessel arrived in the Caribbean to operate north of the Turks and Caicos Islands. Turks and Caicos is southwest of Andros Island, where the U.S. Navy’s Atlantic Undersea Test and Evaluation Center (AUTEC) is located. AUTEC opens onto the “tongue of the ocean,” a 6,000-foot trench that the Navy uses for deep-water submarine testing.

These events overshadowed an uncommonly revealing video, released by one of China’s largest news conglomerates two days before the victory parade. The video depicted a PLA counterattack against an unnamed aggressor that culminated in the capture of Kadena Air Base — the USAF air base in Okinawa. 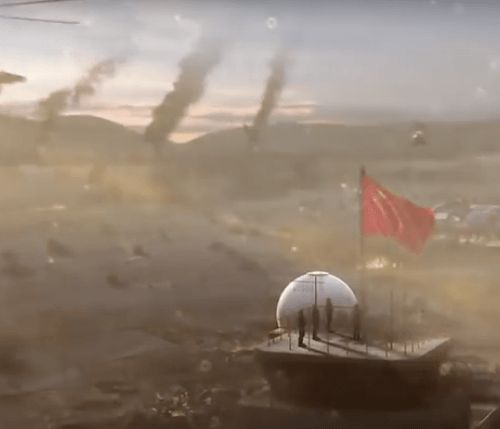 American naval power is being challenged.

China’s operations near the Arctic, Russia’s attempted spying on American submarines, and the PLA’s video obliteration of a key U.S. military base in Asia share a common theme. Each incident is not only related to naval power, but specifically to the U.S.’s subsurface capabilities.

Our potential enemies are focused on developing their own submarines and challenging American subsurface combatants. Responsible U.S. policy would ensure the maintenance and continued development of its submarine fleet.

The U.S. first employed submarines during the Civil War, with both Union and Confederate attempts to use subsurface vessels to destroy enemy warships. Despite their limited initial efficacy, the concept of subsurface warfare became increasingly popular with the torpedo’s development. Widespread submarine employment began in earnest during World War II during the Battle of the Atlantic. U.S. submarine warfare actions against the Japanese in the Pacific destroyed millions of tons of crucial Japanese supplies. American submarines operated on extended deployments with little or no contact with the rest of the fleet.

With the end of World War II, the U.S. Navy drastically downsized. However, the realization amongst American policymakers that the U.S.S.R. posed a major threat prompted a new wave of naval construction.

SSNs filled the same role as their diesel-electric counterparts, but can remain on patrol for much longer periods. SSBNs were a direct product of the nuclear arms race. The nuclear power plant allowed SSBNs to remain at sea for extended deployments, ensuring that the U.S. had a credible second-strike capability against the Soviet Union in the event of a nuclear attack.

With a rising China and resurgent Russia, submarines have added to their critical importance in the U.S. fleet.

SSBNs continue to warn potential enemies that a nuclear attack against the U.S. homeland is extremely dangerous. However, SSNs may become the most critical component of the U.S. Navy’s war-fighting machine in the foreseeable future. Submarines’ stealth make them an ideal platform to evade the PLA’s anti-access area denial (A2AD) network. Submarines would be vital in attacking Chinese merchant shipping and establishing control over key chokepoints, such as the Straits of Malacca.

If the U.S. decides to strike back against Chinese surface forces or ground targets, submarines can provide major support in clearing the way for surface elements of the U.S. fleet. Additionally, submarines provide unparalleled surveillance capabilities before and during a conflict. SSNs can shadow Chinese fleets and detect operational movements before the PLAN takes offensive action.

Because of the increasing importance of subsurface warfare, the U.S. will be required to take several steps to guarantee a robust submarine fleet — both its equipment, and its people.

Preserving deterrence requires the U.S. to undertake and successfully complete the Ohio-class replacement program. The Ohio-class SSBN has been in service since 1981. The first four submarines in the class were scheduled to be phased out in 2002, but have been converted to SSGNs. All other boats in the class have undergone life-extension programs, but the wear and tear on the platform is as inevitable on a submarine as it is on a 20-year-old car. The Ohio-class replacement is projected to cost $6-7 billion per submarine, an amount that equals nearly half the Navy’s current annual shipbuilding budget. The existence of current nuclear arsenals in hostile states and the certainty of more necessitate a replacement for the Ohio-class SSBN.

At least 12 boats are needed to ensure deterrence. The parallel need to preserve the U.S.’s global superiority in air, amphibious, and surface forces cannot be met by half the resources that are now devoted to shipbuilding.

Congress should procure the Ohio replacement outside of the Navy’s regular shipbuilding budget.

Second, the U.S. will be required to increase the sensor and combat capabilities of its SSNs to maintain their technological advantage over such possible adversaries as China. Improvements to submarine payload, sensor range, and weapon range will result in the needed advantage. Space, or rather the lack of it, limits all subsurface combatants. The Virginia-class, the U.S. Navy’s top-of-the-line submarine, now carries 12 Tomahawk cruise missiles. 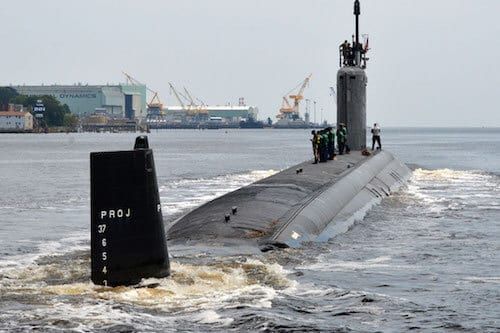 With the proposed Virginia Payload Module (VPM), that number can be boosted to 40. But even this improvement brings the Tomahawk complement on the Virginia-class to less than half of the armament of an Arleigh Burke-class destroyer.

Dramatic improvements in subsurface storage technology for missiles and torpedoes remain unlikely. The answer is to invest in capabilities that magnify the range and accuracy of SSN-launched torpedoes and missiles.

Unmanned aerial vehicles (UAVs) and unmanned underwater vehicles (UUVs) are the best options for increasing SSNs’ knowledge of the surrounding ocean. U.S. attack submarines equipped with the Mark 48 torpedo can destroy a detected enemy craft at a range of 15-25 nautical miles. However, detecting enemy ships is difficult for submarines operating independently of a fleet. The successful use of active and passive sonar depends on such environmental conditions as water temperatures that fluctuate according to depth. These can severely decrease the system’s range. UAVs and UUVs can help a submarine overcome environmental factors by spreading an active surveillance net over a wider swath of ocean. Undersea sensors play the same role.

Regardless of the Navy’s technological developments, its sailors will always be its greatest strength.

This is particularly true for the subsurface fleet.

Not only must sailors possess the technical skills to operate a nuclear-powered submarine, they are also required to be away from, and without contact with, their families for extended periods of time.

A 2014 study on retention rates found that the overwhelming majority of enlisted personnel and officers, male and female, viewed the naval work-life balance as poor, and described morale in the Navy as “marginal” or “low.”

Notwithstanding, the pension and retirement structure have helped mitigate retention problems. Retiring after one tour yields very little return in benefits. The Navy can address its morale issues by improving how its leadership is perceived, and critically examining extended deployments, particularly in the submarine fleet.

A relatively new career intermission program helps ameliorate work-life balance difficulties, as it acts like a sabbatical, giving sailors time off to start or nourish families or obtain non-military related education. Expanding the program would help increase the retention of female officers and enlisted personnel, who historically have lower retention rates than their male counterparts.

The submarine fleet is vital to the United States’ security. However, several key steps are needed to ensure the Navy retains its edge in undersea operations. Procuring the Ohio-class replacement without slashing the already low shipbuilding budget will ensure that the U.S.’s strategic deterrent and conventional fleet remain effective. Improving sensor range and simultaneously increasing the SSNs’ weapons range improves combat effectiveness while mitigating the inherent difficulties of subsurface platforms. Addressing personnel retention will help keep highly trained and experienced sailors of the submarine fleet in the Navy, ensuring a more effective fleet.

American seapower is a complex instrument of deterrence, global presence, warfighting, crisis response, and humanitarian assistance. Working together, the whole of American seapower is greater than the sum of its parts, which include amphibious, aviation, submarine, and surface as well as special operations forces.

The challenges noted above — China’s approach to the Arctic, Russia’s monitoring of U.S. submarine operations in the Caribbean, a graphic depiction of a Chinese attack on a vital U.S. Air Force Base at Okinawa — underscore the attention that U.S. submarines require to continue their role as a critical element of American seapower.