5. “We have to focus not just on rescuing those girls right away, but also on supporting Nigerian efforts to educate its youth.”

This proceeds from the common assumption that only ignorant people engage in terrorism, and so all that anyone needs to do to stop terrorism in its tracks is to provide educational opportunities for terrorists. This goes hand-in-hand with the equally popular dogma that poverty causes terrorism, which Barack Obama has also retailed, saying that “extremely poor societies… provide optimal breeding grounds for disease, terrorism and conflict.” That’s why we see so many Haitian suicide bombers.

The only problem with the idea that terrorists are poor and ignorant is that it has been shown to be false again and again. The Economist reported back in December 2010 that,

the ranks of high-profile terrorism suspects also boast plenty of middle-class, well-educated people. The would-be Times Square bomber, Faisal Shehzad, boasts an MBA and is the son of a senior Pakistani air-force officer. Umar Farouk Abdulmutallab, who stands accused of lighting a makeshift bomb on a transatlantic flight in the so-called ‘underwear plot’, had a degree from University College, London, and is the son of a rich Nigerian banker. The suspected suicide-bomber in this week’s attacks in Stockholm had a degree from a British university.

And indeed, “social scientists have collected a large amount of data on the socioeconomic background of terrorists. According to a 2008 survey of such studies by Alan Krueger of Princeton University, they have found little evidence that the typical terrorist is unusually poor or badly schooled.” Likewise in March 2014, “new research from Queen Mary University of London has found youth, wealth, and being in full-time education to be risk factors associated with violent radicalization.” And a Danish study in May 2014 found that “radicalized young Muslims are often what one would consider well-integrated: They are better educated than average and also perform better economically and socially, and will therefore be largely able to maintain a double life.”

So we will send a few taxpayer billions to Nigeria to build schools and buy the locals a few houses and cars, and the jihad terrorists will keep coming – and in response, we will send more billions. Because the only alternative would be to reexamine its cherished dogmas, and the State Department establishment never does that. 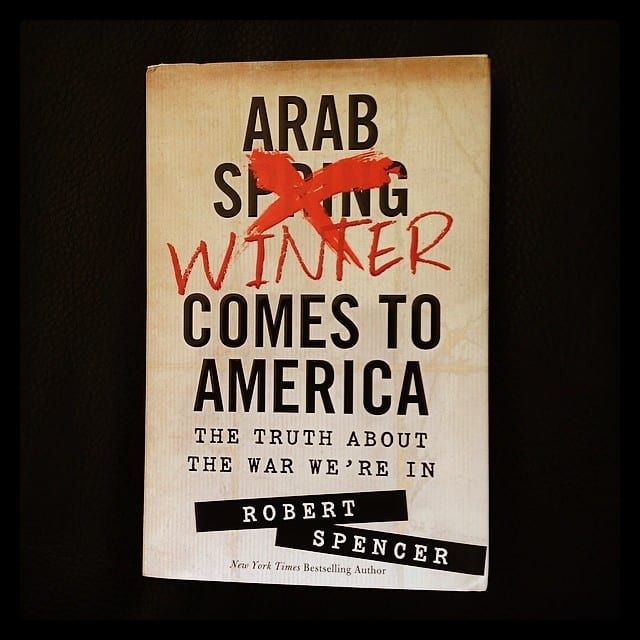 4. “America’s support for democracy and human rights goes beyond idealism; it is a matter of national security.”

In support of democracy, the U.S. oversaw the imposition of Sharia constitutions in both Iraq and Afghanistan – because that was what the people wanted. In support of democracy, the Obama administration applauded and aided the Arab Spring uprisings in Egypt, Tunisia, and Libya, and is now helping a similar effort in Syria. Yet in all these cases, the Islamic regimes that benefited from this support implemented Islamic law’s systematic and codified denial of basis human rights to women and non-Muslims.

The unfortunate and unpleasant fact is that it is in all too many Muslim countries, supporting democracy means failing to support human rights, because large numbers of people, if not absolute majorities, want to see Sharia fully implemented, and Sharia opposes the freedom of speech, the freedom of conscience, and the idea of the equality of rights of all people before the law. But Barack Obama will never admit that, as it runs counter to core administration and State Department dogmas about Islam being peaceful and tolerant, and so in his ongoing support of democracy, he continues to abet the denial of human rights. 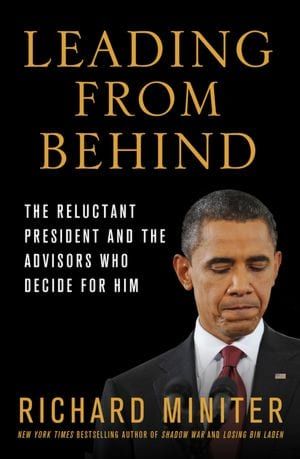 3. “America must always lead on the world stage… it has been our willingness to work through multilateral channels that kept the world on our side.”

Well, which is it? America leading on the world stage or working through multilateral channels? If these channels are to be truly multilateral, then America must give up, at least in some circumstances, its leadership role and submit to the leadership of other countries or multinational bodies such as NATO and the United Nations. If that is not going to happen, then the other countries’ participation is just to provide a rubber stamp on American leadership – and surely Barack Obama doesn’t envision that.

So he seems to be saying that America will lead by following.

2. “For the foreseeable future, the most direct threat to America, at home and abroad, remains terrorism.”

The president who in October 2011 placed off-limits any investigation of the beliefs, motives and goals of jihad terrorists, overseeing the scrubbing of all counter-terror training materials of all mention of Islam and jihad in connection with terrorism, now says in May 2014 that “terrorism” remains “the most direct threat to America.”

What kind of terrorism? He didn’t say, and he wouldn’t have dared to say – after all, he has declared that “the future must not belong to those who slander the prophet of Islam,” and since in Islamic law the definition of slander is not repeating falsehoods but saying something about someone that he doesn’t want known, speaking about how Islamic jihadists use the texts and teachings of Islam to justify violence and supremacism could be considered slander.

In any case, it is certainly forbidden in Obama’s law enforcement and intelligence agencies: back in October 2011, Dwight C. Holton, former U.S. attorney for the District of Oregon, emphasized that training materials for the FBI would be purged of everything politically incorrect:

I want to be perfectly clear about this: training materials that portray Islam as a religion of violence or with a tendency towards violence are wrong, they are offensive, and they are contrary to everything that this president, this attorney general and Department of Justice stands for. They will not be tolerated.

And so even the president of the United States doesn’t dare name the enemy even as he vows to defeat him.

1. “I am calling on Congress to support a new counterterrorism partnerships fund of up to $5 billion, which will allow us to train, build capacity and facilitate partner countries on the front lines.”

This is new? It’s just more of the same. We have been spending huge sums of taxpayer money for years now to help other countries fight against jihad terrorists. Right after 9/11, George W. Bush made a deal with then-President Pervez Musharraf of Pakistan, under which the U.S. gave billions to Pakistan every year to fight these shadowy “extremists,” only for the Pakistani government to aid those very same “extremists.”

As far back as September 2008, the New York Times reported: “For years, the survival of Pakistan’s military and civilian leaders has depended on a double game: assuring the United States that they were vigorously repressing Islamic militants — and in some cases actually doing so — while simultaneously tolerating and assisting the same militants.”

Nothing has been done since then to stop this from happening, even when the Pakistani government affected high dudgeon at the killing of Osama bin Laden. And in neighboring Afghanistan, the U.S.-backed Hamid Karzai lives high on bags of cash regularly delivered to his office by the CIA, while growing increasingly hostile and uncooperative toward the U.S.

So now Obama is going to spend another $5 billion on similar “cooperative” ventures with other countries? What assurance does he have that they will work this time?

None, of course. But Obama and the State Department don’t need facts and evidence on which to make policy! Politically correct fantasy will do just fine. And when the next catastrophe comes down the pike, there will always be Republicans around to blame.