PJTV Reports: Big Labor & Terrorism: Is There a Connection?

PJTV‘s Front Page is looking into the nexus between the big labor unions, like SEIU, and material support for terrorism.  It’s shocking, and perhaps as shocking is the mainstream media’s total disinterest in the story.  With SEIU’s former head Andy Stern now under investigation for corruption, and Stern having been brought into the corridors of power in the Obama administration, this story should become one of the dominant issues between now and November.  Click on the image to watch it exclusively on PJTV. 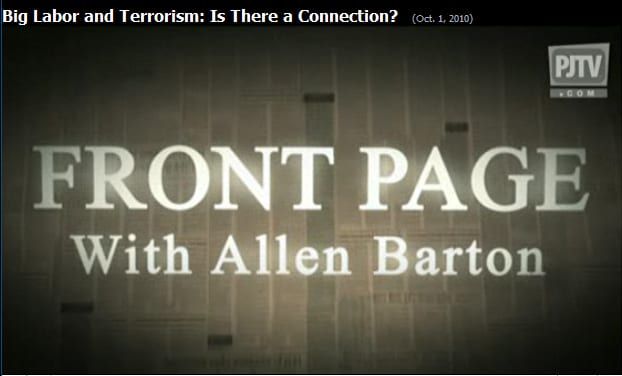 PJM/PJTV called SEIU headquarters in Washington to get their comment, but they did not answer and have not returned our call.