At 7:01 on Tuesday morning two young Palestinian men, cousins from East Jerusalem, entered a synagogue in the Har Nof neighborhood of West Jerusalem where about a dozen people were praying. The two were carrying a gun, a meat cleaver, and an ax.

By seven “Allahu Akbar!”-filled minutes later, when a policeman shot and killed the two, four of the worshippers were dead and six other people, including two other policemen, were wounded.

Two of the four dead were rabbis. Three, immigrants from the U.S., were dual U.S.-Israeli citizens (prompting the FBI to say it would investigate) and one was a dual British-Israeli citizen. The dead included Rabbi Moshe Twersky, son of a renowned Boston-based rabbi and grandson of Rabbi Joseph Soloveitchik, a major Jewish thinker of the twentieth century.

Jerusalem police said the attackers were probably—as in other recent cases—lone wolves and not members of a terror organization.

The trigger for the attack was probably the death of a Palestinian bus driver who was found hanging in his bus on Sunday night, for which Palestinians blamed Israel. An autopsy report said it was suicide—but to no avail, as the man’s death sparked yet another round of riots in Jerusalem on Monday.

And on Tuesday, after the massacre in the synagogue, Palestinians again took to the streets but in a more celebratory mode, handing out sweets and flaunting axes and posters of the two killers.

Hamas, which rules Gaza and is a U.S.- and European Union-designated terror organization, said the synagogue attack was a “reaction” to the “execution” of the bus driver and called for more “revenge attacks.”

But what of Fatah, which rules the West Bank and is considered the “moderate” Palestinian faction?

You needed special powers to discern much difference between its reaction and Hamas’s, as Fatah’s website called the massacre a “heroic operation,” its officials called it “a natural response to the…crimes of the settlers,” and the organization’s Facebook page announced it was handing out candy in West Bank cities.

That left Fatah leader and Palestinian Authority chairman Mahmoud Abbas as the supposed “responsible adult” on the Palestinian side despite having engaged in unrelenting anti-Israeli incitement in recent weeks.

And indeed it was widely reported that Abbas had “condemned” the attack. The problem arises if you go past the headlines and look at what he actually said. 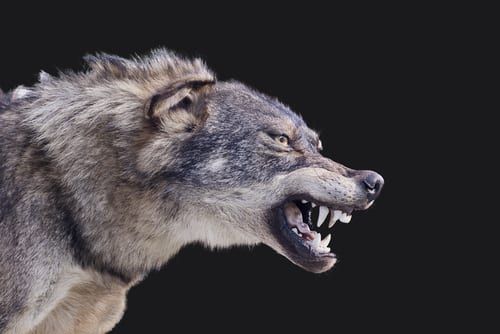 As reported by the Palestinian Authority’s Ma’an News Agency:

Abbas’ office said in a statement that the presidency always denounced the killing of civilians by any party.

“Consequently, today the presidency denounces the killing of worshipers at a place of worship in West Jerusalem,” the statement said, according to the official Palestinian news agency Wafa.

“The presidency also denounces all violent acts no matter who their source is, and demands an end to the ongoing incursions into the Al-Aqsa Mosque and the provocative acts by Israeli settlers as well as incitement by some Israeli ministers,” it added.

The statement went on to demand an end to the Israeli occupation and said the Palestinian Authority remained committed to a two-state solution.

The “worshippers” and the “place of worship” remain loftily generic and unnamed, the perpetrators aren’t mentioned at all, the entirely false but severely incendiary allegation of “incursions” into Jerusalem’s Al-Aqsa Mosque gets repeated, while “Israeli settlers” and “Israeli ministers” merit an explicit putdown.

Somehow I think this isn’t going to cool Palestinian tempers.

Somewhat more rhetorically pleasing, at least, was the reaction by U.S. Secretary of State John Kerry, who said:

This simply has no place in human behavior….

People who had come to worship God in the sanctuary of the synagogue were hatcheted and hacked and murdered in their holy place in an act of pure terror and senseless brutality….

The Palestinian leadership…must begin to take steps to restrain any kind of incitement that comes from their language or from other people’s language and exhibit the kind of leadership that is necessary to put this region on a peaceful path….

But the problems here are (1) the Palestinian leadership is going to do no such thing, and never has, and (2) in the aftermath of the attack everything is going to continue as if it had never happened, with Israel under constant pressure to “make peace” and blamed for its absence.

The fact that the U.S. and Europe keep coddling the Palestinians despite round after round of incitement, terror, and celebration of terror raises difficult questions for Israelis. Will the spectacle of a devastated synagogue, with prayer shawls lying in blood, finally get some of the truth across? No one is betting on it.

It’s a matter of time—not much time—before the condemnations of that measure start rolling in.