The Presidential Candidate Debates Are Damaging the Republican Party 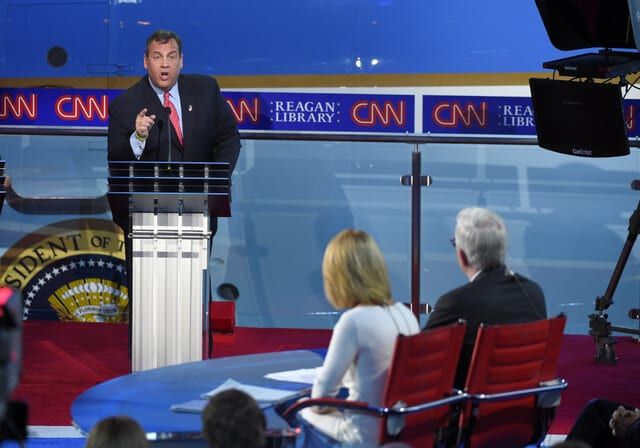 Another debate has come and gone, and while most discussions debrief the candidates’ performance, I want to talk about debate itself.

One of the many things that drives me nuts about debates is how they are almost irrelevant to U.S. political leadership. When does a U.S. president ever need formal debate skills outside of an election campaign?

Our president won’t debate Putin. He, or she, will have face-to-face meetings and personal phone calls with him. POTUS does not go to Congress for a U.S. version of Prime Minister’s Questions; instead, he has in-person meetings in the Oval Office. The closest POTUS comes to needing debate skills is during press conferences, which sometimes have planted questions for scripted answers.

The U.S. presidency requires personal leadership skills, which have little to do with debate skills.

These days, a debate does not tell the public much information relevant to the presidency beyond a candidate’s grace under pressure. We are no longer in the late 20th century when national TV coverage was the way high politicians reached the collective American public. We don’t need debates to assess a candidate’s communication skills or even to tell us the candidate’s positions. We all know that the answers are vetted and canned for national TV.  We have also grown accustomed to so many other ways of public communication that trying to reach Americans through the old standard venues is actually a failure of communication.

Debates provide drama, not information, and so much so that they do not identify leadership; they distort it.

For example, take Senator Cruz on Wednesday night. Apparently, he was too stiff and formal, which came as a surprise because he has a reputation as a master debater. Well, he is, but formal debate is completely different than cocktail conversation and conferences. As one of Senator Cruz’s constituents who’s attended more than a few Cruz for Senate events, I’ve seen his debating skills for myself, and the cold, stiff rap from last night is not the Ted Cruz that I’ve seen.

Look also to the exit of Governor Perry. He says the beginning of the end was his exclusion from the first debate. Fox News invited participants by poll numbers because that’s where the ratings are — in popularity. The fact that Governor Perry had led the Texas economy to powerhouse status during a country-wide recession — that counted for nothing.

Or take Governor Walker. He got a measly eight minutes in Wednesday’s three-hour debate, not because he’s a failure at communication or has no fresh ideas or folds in the face of the opposition. He got eight minutes because that is all the format allowed him, the un-sexy candidate.

Three experienced statesmen with fresh ideas and a record of political rebellion that the Republican base insists upon this time, and they each struggle for momentum because of an antiquated debate system that no longer serves to inform the public about a candidate; it’s only goal is to simply feeds news channel ratings.

The media is leading the base to the outsider rebels. Cruz and Walker aren’t as sexy as Trump and Fiorina. They do not easily reduce the campaign to sensational stories fit for grocery store, impulse-buy racks; even then, delivery is coming. The old ways, they are all dying. A few years ago Sarah Hoyt wrote about a coming collapse. I think it happened more quietly than expected. It is time to start looking around, figuring out the place we fell into.

Our primaries are bowing to media motives just as easily as they did during the Gwen Ifill era. These are the outlets that give us ’round the clock coverage of disasters and dirty laundry, and we are letting them dictate how we learn about our political leaders.

They strum, we dance.

“We can do the Innuendo. We can dance and sing. When it’s said and done. We haven’t told you a thing. We all know that Crap is King. Give us dirty laundry!” – Don Henley

Also regularly found at The Federalist or The Conservative Woman UK.
Read more by Leslie Loftis