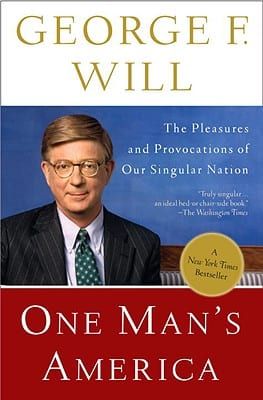 Never before have right-leaning readers been able to enjoy such a surplus of excellence in political commentary. Every day, on sites like this one and countless others, über-talented wordsmiths stir conservative passion and shape the national debate. In honor of our country’s Olympic basketball legacy, selecting our own literary Dream Team is in order, in recognition of ten authors atop our political pyramid.

The elder statesman on the team is George F. Will. A cagey veteran of the sport – who’s been to hell and back fighting the wars of yesteryear – Will is the consummate conservative advocate. Never far from his biting commentary is the perfect historical analogy, ready to flex its logical muscle to buttress his argument. His great foible is that his technique is so polished and vocabulary so vast, at times his shots can go over our heads; a dictionary must be on hand to get through a Will column. No matter. He’s been making his shots for over five decades and continues to frame conservative ideas in their brightest light.

The heart of the team rests with Heather Mac Donald and Mark Steyn. They are the scrappy villains that home fans adore and opponents love to hate. (This is what happens when you tell the truth about the thorniest issues confronting America.) Mac Donald – a fellow at the Manhattan Institute and City Journal contributor — dissects liberalism’s unintended but unavoidable social consequences: the breakdown of the black family and crime in immigrant communities. Her literary pastime is taking classic liberal mantras – like the benefits of affirmative action and the cancer of racial profiling and bias in policing – and pulverizing them to smithereens.

A writer from the progressive Mother Jones once lamented that her brethren avoided confronting Mac Donald:

She’ll mess with your mind and make you either up your politico-cultural game or admit you were wrong. What worries me is that so few on “our” side can, or bother to, go toe to toe with her. Just about every one of her pieces is a statistical and analytical tour-de-force.

As for Steyn, literary Dream Teamers need not only be American. This Canadian citizen (though American resident and British-accented) combines talk-radio pugilism with refined intellectual script. His focus is usually big picture: bemoaning European statism and western decline, and methodically explaining the global threat of Muslim fundamentalism, particularly across the pond. In the process, he has earned the types of enemies that make conservatives proud. A body called the Canadian Human Rights Commission condemned Steyn as hateful for his lurid and analytical warning of Islamic demographic incursions. A critic once noted that “Mark Steyn is an oddity: his thoughts and themes are sane and serious—but he writes like a maniac.” Well, every great team needs a masterful maniac. 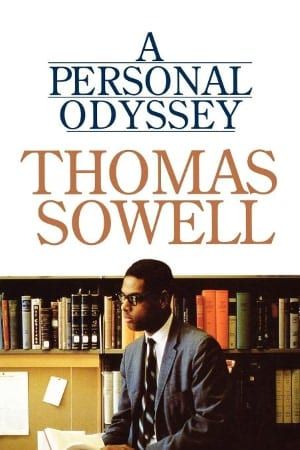 Every great team also needs some flash. Peggy Noonan provides it in droves. As a former speechwriter for the Gipper, her writing is whimsical and conversational, as if she’s across the table revealing her impressions. Sure, she’s guilty of verbosity and even the occasional fragment. Ironically, this style adds a freshness and accessibility to her prose. More importantly, her political instincts are stellar. She is also willing to incur a brushback from the base; her dismissals of Sarah Palin during the 2008 campaign and after were devastating. She’s been accused by some of pretension. Maybe so; but one would rather be pretentious and right than the alternative. You want her on the floor when the clock is running down.

The resident scholars on the team are Thomas Sowell and Victor Davis Hanson. Sowell is an economist and social theorist. His writing style is effective because it is straightforward and eminently logical. How many other writers have the cachet to burp out unrelated observations in one column and title these smorgasbords “Passing Thoughts on a Random Scene”? When told his writing ability is a gift, Sowell deftly responds on his website that “it is hard for me to regard as a gift something that I worked at for more than a decade.” His response should tell you quite a bit about his view of the world, too.

Victor Davis Hanson adds a classical component to the Dream Team and is almost certainly the most prolific writer of the group. According to his Hoover Institute online biography, he has authored over 170 articles, book reviews, and newspaper editorials on Greek, agrarian, and military history, and has written or edited twenty books. He keeps busy churning out awesomeness as a political and social commentator multiple times a week. Like Sowell, logic and a deep understanding of history permeate his work. One would be hard-pressed to find anyone on the Left with a more sparkling resume. (Read VDH’s indispensable PJ Media blog here.)


New York Times columnist David Brooks might be the most perplexing player on the squad. He doesn’t quite fit in with the others. At times he is the conservative philosopher, waxing poetic on the cancer of unfettered cultural liberalism. At other times it seems his colleagues poisoned his drink; in one particularly confused admission, Brooks even acknowledged a sort of man-crush on the president during an August 2009 interview. Quite odd for a writer who can so eloquently undress the liberal ethos. Given his affiliation with the Grey Lady, however, we understand the wobbliness, and are still happy to have him on our side.

The Dream Team could not be complete without some representation from the National Review – enter Jonah Goldberg and Rich Lowry. Goldberg is among the team’s most versatile: he can be bold and controversial (recently arguing that restrictions to voting should be enhanced, not diminished), ruthlessly hilarious (a splendid follow on Twitter), and surprisingly touching (read how he eulogized his father, and have tissues nearby). His colleague Lowry joins the team for authoring a column so outstanding that it deserves a required-reading mandate for American high schoolers. In 2010, in less than 700 words, he penned an unmatched and definitive explanation for American exceptionalism. That alone makes him worthy of selection.

The dean of this distinguished class – or in keeping with the Dream Team metaphor, the captain – is the inimitable Charles Krauthammer. It is fitting that his columns come to print on Fridays, the best day of the week. To say he’s a superior writer would be pointless. Only hyperbole and cliché can do his columns justice. Although originally educated and trained as a psychiatrist, he evolved into a literary surgeon, armed not with a scalpel but a pen. His words are crisp and exact. “The Hammer” – a namesake offered by his ardent fans – will pulverize the left’s latest fallacy while never resorting to name-calling or callousness. He’s the Michael Jordan.

There you have it: your conservative Dream Team. Remember how lucky we are to have so many sound advocates for our causes. Reading conservatively has never been better.

Kyle Stone is a practicing attorney in Chicago, co-chair of Maverick PAC Chicago, and Board Member for the Chicago Young Republicans.
Read more by Kyle Stone
SHOW COMMENTS