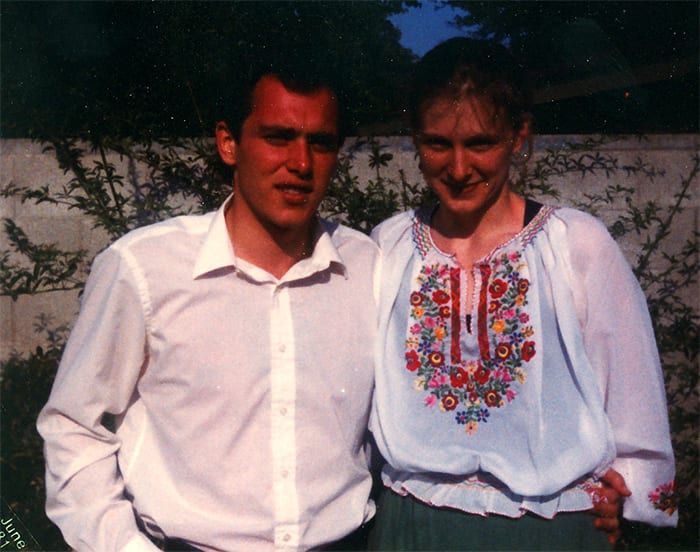 I met the young Barack Obama while visiting Caroline Boss, my Marxist socialist girlfriend, at her parent’s home in northern California over Christmas break in 1980. Over the course of that day, I came to understand the full extent of young Obama’s ideological extremism and acquired lasting memories which have been reported in at least five books including Paul Kengor’s newly released The Communist – Frank Marshall Davis: The Untold Story of Barack Obama’s Mentor. I am writing this article, in part, because I’m surprised that David Maraniss’s new book Barack Obama: The Story failed to include my account of young Obama’s ideological extremism.

I met Boss in the spring of 1979 and maintained a romance with her up until her graduation from Occidental College in 1981. She had befriended Obama in early 1980 and knew him well because they shared two classes. She introduced Obama to me with the assistance of his sophomore year roommate at Occidental College, Hasan Chandoo. According to Maraniss, Boss impacted Obama’s life so much that she is one of three people (including First Lady Michelle Obama) who became part of the composite character “Regina” in Dreams from My Father. Regina, Maraniss tell us, was the name of Boss’s working-class grandmother.

As evidence of my relationship with Boss, I have a number of her old cards and letters tucked away along with the photo above of us together in 1981 taken in the front yard of my parents’ house in Newhall, CA.

As Kengor reports, I confronted young Obama’s naïve faith in an inevitable communist revolution during a heated debate at Boss’s home in Portola Valley, CA. While Maraniss’s new book supports my account by verifying that young Obama was in the San Francisco area during Christmas break 1980, Maraniss distorts the specifics of this time in young Obama’s life both — I imagine — to protect Obama and potentially to discredit me. 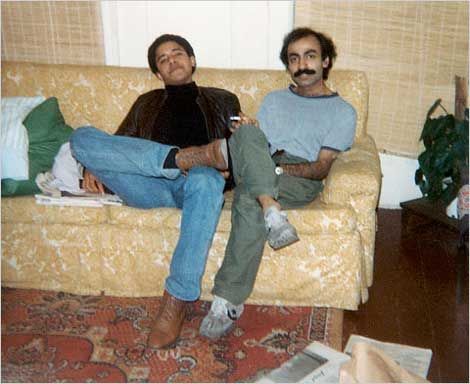 Significantly, Maraniss relates that Obama was in the San Francisco area only to tell a larger story of how he first met Sohale Siddiqi, the Pakistani who later became Obama’s roommate at Columbia University. In Maraniss’s account, Siddiqi first meets up with Hasan Chandoo and Wahid Hamid, two wealthy Pakistani students who were also studying at Occidental. “During the Christmas break that year,” writes Maraniss, “Sohale Siddiqi, a friend of Hasan’s and Wahid’s who lived in New York, came out to visit.”

In Maraniss’s book, Siddiqi is the recipient of some minor good fortune since he is able to sleep in young Obama’s empty bed. “There was a room available at the apartment in Pasadena,” Maraniss writes. “Obama had left on a road trip and ended up in San Francisco. On the night of December 31, Hasan and Sohale and some buddies drove up to San Francisco for a New Year’s Eve party, and it was there that Siddiqi encountered Chandoo’s roommate for the first time.” (See, Maraniss, 2012, p. 367.)

What is historically inaccurate about Maraniss’s account is that young Obama and his roommate Chandoo were travelling together when I first met them at Caroline Boss’s parent’s home in northern California. This, after all, is what I first reported as early as February 2010. I am happy to stand by that story. Moreover, I would have been happy to verify this somewhat important detail for Maraniss — if he had interviewed me. Personally, I would have enjoyed learning from Maraniss what, if anything, President Obama shared with him about this Christmas break road trip.

As it now stands, however, Maraniss’s erroneous report that Obama and Chandoo were travelling separately leads to an implausible story regarding how they got back to Occidental College in time for their classes. In Maraniss’s account, Chandoo’s overall road trip starts to read like something of a reckless NASCAR event. 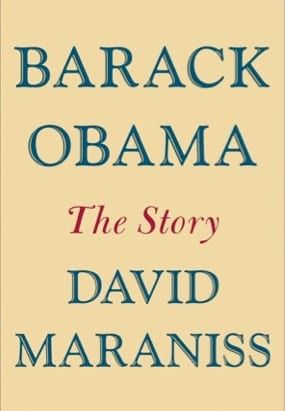 This is because Maraniss writes that the very next morning — New Year’s Day, 1981 — Obama and his Pakistani friends all drove back to Los Angeles. Curiously, Maraniss does not indicate if there were one or only two vehicles involved, saying only that Obama joined Chandoo, Siddiqi, and at least two other individuals for the drive back to Los Angeles. This implies, perhaps, that Obama left his car in the San Francisco area or that the two cars returned to Los Angeles somewhat simultaneously as a tight NASCAR team. Given the great distance between Los Angeles and San Francisco, I think most readers will find it highly implausible that anyone would drive to San Francisco for a one-night party and then drive all the way back to Los Angeles the very next day. In comparison to Maraniss’s account, I think that my report that Obama and Chandoo were traveling together makes a lot more sense. To Maraniss’s credit, however, I do vaguely remember that Obama and Chandoo left after our debate concluded so they could meet up with some other people in the Bay area — perhaps this is how Obama first encountered Siddiqi.

In my mind, it is hard to know for sure what happened here. On the one hand, my best theory is that the last thing Maraniss wanted to do was to verify that young Obama was in the San Francisco area over Christmas break 1980.

Since my take on young Obama’s ideological extremism has been published elsewhere, I suspect it pained Maraniss to give it any credence at all. Given Siddiqi’s comments, however, there was no way Maraniss could pretend Obama was in Pasadena over Christmas break without having Siddiqi and Obama sharing the same bed. Maraniss, a life-long pragmatic centrist, thus sought to lessen the damage to Obama’s reputation by separating Obama and Chandoo as travelling companions. Through this device Maraniss probably sought to give Obama a greater opportunity to avoid confronting my testimony — even as Maraniss confirmed one of my story’s most important and most telling details.

On the other hand, maybe Maraniss just made a mistake.