What Could Terrorists Do to Vegas?

Once upon a time, news that the “Rat Pack” was coming to town was welcomed in Las Vegas. Not so much anymore.

In the golden days of the Strip, the Rat Pack were the “cool cats.” All Vegas flocked to the legendary Sands to see Frank Sinatra, Sammy Davis, Jr., Dean Martin, Joey Bishop and Peter Lawford put on their unpredictable show.

Today, however, the rats threatening to descend on America’s Sin City are transnational terrorists. And when they talk about “killing” the audience, they mean it literally.

Does this mean the players should drop their chips and head for the door? Should Penn and Teller do a magic act and disappear? Hard to say.

Threats against Las Vegas are not new. Bin Laden, for example, had the city in the sands on his hit list.

Additionally, for years, al-Qaeda has been encouraging “outsourced” terrorist strikes on the U.S. homeland. It set up a base in Yemen specifically for that purpose. It even set up a “Foreign Operations Unit.” As part of that initiative, Anwar al-Awlaki and Samir Khan (both now deceased, courtesy of a missile strike) published an English-language Internet magazine offering guidance and motivation to strike at the “Great Satan.” 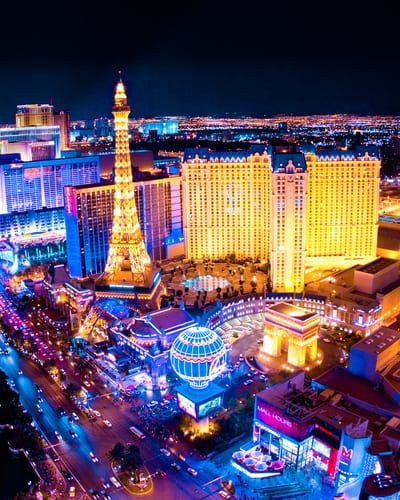 Indeed, since 9/11, the U.S. has never been out of the crosshairs of Islamist terrorists. At least 60 of their plots against the U.S. homeland have been thwarted over the last 13 years.

ISIS has at least as much resources as al-Qaeda did at the height of its powers in 2001. It’s closer to the West. ISIS also has three decades of transnational terrorism operations and expertise to draw on.  Finally, according to a forthcoming report from the Countering Terrorism Center at West Point, the organization has been growing and planning for four years—plenty of time to put a successful operation together.

The U.S. government has known for quite some time that Vegas—a symbol of Western decadence—is a prime target, and they’ve taken that threat quite seriously. The city has received anti-terrorism grants for years from the Department of Homeland Security. The department also set up an Information Sharing and Analysis Center in part to address the vulnerabilities and threats to the entertainment, lodging, and shopping activities that dominate the Vegas economy.

Even without any specific threat to the city, it would be silly not to take the potential for a terrorist attack seriously. 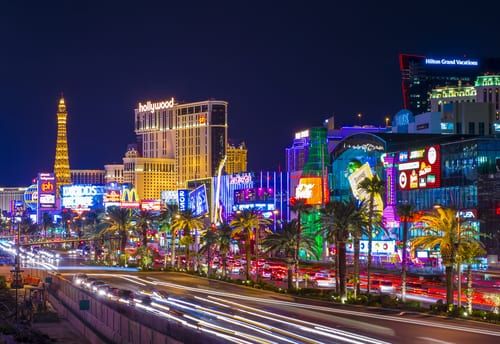 What could terrorists do to Vegas? That depends on what kind of resources they bring to bear. That could mean anything from a lone shooter to a suicide bombing to some kind of effort to disrupt power and services… or any combination thereof.

All we do know for sure is that the list of vulnerabilities is long. Vegas crams a lot of infrastructure and a lot of people into a small space in the middle of a desert. From a terrorist’s perspective, it’s a big, juicy target.

But as the T-shirt says: “Keep Calm and Carry On.” The best way to protect Vegas is to stop the terrorists where they are, before they can bring a plot to fruition, not to surround the city with a Maginot Line.

Good counterterrorism focuses less on the “what” (a bomb, a knife, or a dirty bomb) and more on the “who”—the bad people behind the plot. 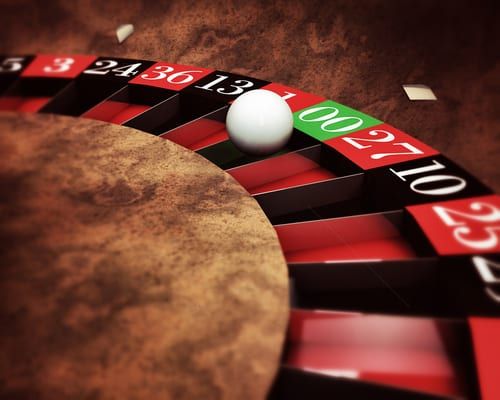 The best way to protect Americans is through legal investigations, intelligence gathering and information sharing that pick up and identify signs of an attack before it can be launched.

Our local, state, and federal officials know how do this. They have had over a decade of practice since 9/11—and they have stopped many, many plots. They need to do their job—by the book and without political interference or meddling.

We need to recognize that security in a free society can never be perfect. A terrorist may get lucky. If that ever happens, we will mourn. But the terrorists should know that, in addition to mourning, we will do just as we did after 9/11. We will keep going. We will heal. And, there will be payback.

James Jay Carafano is vice president of defense and foreign policy studies at The Heritage Foundation. He is the author of Wiki at War: Conflict in a Socially Networked World. Follow him on Twitter at @JJCarafano.
Read more by James Jay Carafano