Are Things Getting Back to ‘Normal’ in Baltimore? 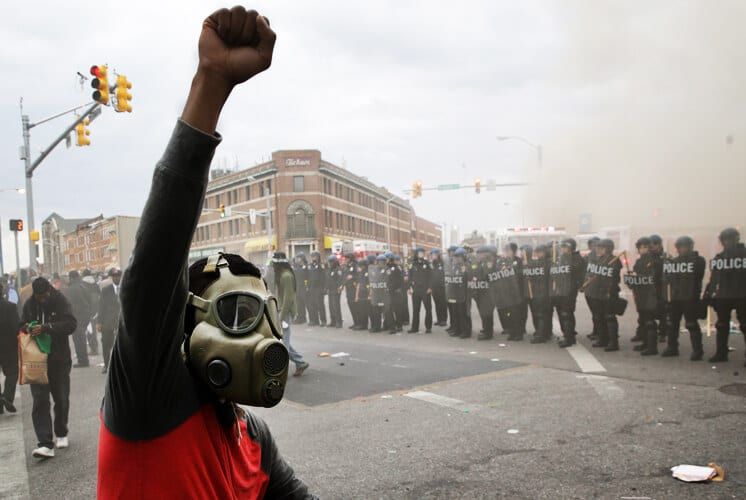 We are told that things are getting back to normal in Baltimore.  This is not an unmixed blessing.

Yes, the rioters have put down their bricks, their Molotov cocktails, and all their many other implements of destruction (at least for the time being), and when one compares the present state of the city to the chaos seen last week, one can say things have improved.  But after the great collective sigh of relief goes out, Baltimoreans must now reckon with the meaning of the word “normal” as it applies to their city.  Indeed, what is normal in Baltimore would be cause for great alarm in almost any other city you could name.

According to Marketwatch.com, Baltimore comes in at seventh place on its list of the most dangerous cities in America, with a violent crime rate of 1,401 per 100,000 residents (figures are from 2013).  And given the spectacle we’ve just witnessed in Baltimore, and the vulgar circus we’re likely to see as the six police officers accused in the death of Freddie Gray are prosecuted, and the near certainty that none of these officers will ever be convicted of anything, and the equally likely reaction that will follow the collapse of the prosecution’s case, do you suppose the Charm City will move to a higher or lower position on that list the next time it’s published?

Granted, Baltimore is unlikely to dislodge perennial list-leader Detroit (2,072 violent crimes per 100,000 residents) from the top spot, but it’s within easy reach of Little Rock (1,407) and Cleveland (1,478).  And this year Baltimore might even surpass fourth-place St. Louis (1,594).  According to a database maintained by the Baltimore Sun, there have been 81 homicides this year as of May 7.  There were 211 in all of 2014, so it would appear the bodies have been dropping this year at a pace just slightly ahead of last year’s.  Expect that pace to accelerate.

Why?  Because every last cop working the streets in Baltimore, having seen six of his colleagues served up to the mob, knows he could be next.  Six cops have been hauled in and charged in the death of Freddie Gray, all based on evidence that, as far as anyone knows, exists only in the imagination of State’s Attorney Marilyn Mosby.  And with this in mind, those cops will take care to minimize their own chance of a violent encounter in those neighborhoods where murders are most common and with the people most likely to commit them.  “Drive-and-wave” policing is coming to Baltimore, and the results will be grim.

On April 30, a man who claimed (credibly, in my opinion) to be a 21-year veteran of the Baltimore Police Department called in to WBAL radio and spoke with host Derek Hunter.  The caller expressed his exasperation with the state of affairs in his department and his city, saying he wasn’t sure if he was going to report for his next assigned work shift.  He and his fellow cops were told to stand down, he said, as rioters looted and burned businesses and pelted officers with rocks, bricks, bottles, and anything else that could be picked up and thrown.  “The moment it started,” he said “we could have ended it.  They would not let us.”  (The Daily Caller has the audio here.)  He also said he was contemplating resigning from the Baltimore Police Department, and that many of his colleagues were considering it as well.  “We’ve had enough.  What [Mayor Stephanie Rawlings Blake] did to us is unspeakable.  She needs to step down immediately.”

Alas for that officer and his colleagues, and for the city itself, she won’t.  She’s a star now, and a star will never step down from the stage while the rosy light of adulation shines so brightly upon her.  But now joining the mayor in that rosy light is State’s Attorney Marilyn Mosby, which sets up the potential for conflict as the two women, each with her eye on higher office, compete for attention from what has up to now been a fawning and uncritical press.  Mosby was heralded when she announced the charges against the six officers, but those charges, though they served the intended purpose of quelling the riot, have now come in for scrutiny as people awaken to the fact that she has presented scant evidence to support them.

Prominent among Mosby’s critics has been Page Croyder, a former prosecutor in the Baltimore State’s Attorney’s Office.  Mosby’s decision to file hasty charges against the six officers, Croyder writes in her blog, “reflects inexperience, recklessness, political ambition, or all of the above.”  Croyder appeared on CNN and made a compelling argument that Mosby had acted irresponsibly in bringing the charges as quickly as she did, a decision Mosby may come to regret when she fails to deliver what she has in effect promised the mob: guilty verdicts against the six accused police officers.

Most egregious among Mosby’s lapses is her failure to present evidence supporting the second-degree murder charge against Officer Caesar Goodson, the driver of the police transport van in which Freddie Gray suffered his fatal injury.  All we know, and all that Mosby will ever prove, is that Gray was in apparent good health when he was placed in the van and that he was severely injured when he came out.  There is only conjecture as to how he came to suffer that injury, and conjecture is insufficient even to sustain an indictment, much less a conviction.  Furthermore, Mosby claims Freddie Gray was arrested without probable cause, but the grounds for arresting him are infinitely more solid than those on which Mosby bases the charges against the officers.  I predict that by the time this carnival has run its course, not a single one of the officers will stand convicted of any of the charges brought, and that all six will prevail in the civil lawsuit against Mosby that will inevitably follow.

But in the meantime things are indeed “normal” in Baltimore, which means that morning commuters will sometimes find their route to work blocked by yellow tape as police process a murder scene.  Enjoy it while you can, Baltimore.  The riots haven’t ended, they’ve only been postponed.