Eric Holder’s Justice Department wields enormous power over the American political landscape heading into the 2012 elections. Under the Voting Rights Act, sixteen states must submit any election law change to the Justice Department for approval. The law also gives the states the right to go to federal court for approval instead.

States need to understand the biographies of the DOJ officials who will be responsible for managing the review of these submissions. PJM has learned their backgrounds weigh in favor of bypassing the DOJ and going straight to court.

PJM has been investigating an unprecedented hiring blitz by the Civil Rights Division at the Justice Department since Obama’s inauguration. In these lean economic times, Eric Holder went on a hiring frenzy, bringing over 130 high-paid government attorneys onto the federal payroll.

After the Bush administration was accused of hiring some attorneys for ideological reasons, PJM requested the resumes of the new Obama hires back in the summer of 2010. The Bush administration satisfied similar media requests within weeks, but a lawsuit had to be filed to dislodge the resumes from the Most Transparent Administration in History. The resumes were only recently turned over — but redacted. (Hans von Spakovsky authored this piece yesterday providing the first review of the resumes.)

The biographies of the people holding the power to review election law changes are wholly relevant to which course state government officials should choose. They should know the Voting Section has a history of being sanctioned and scolded by federal courts for mischief in the redistricting process. Courts have described biased Section 5 reviews by the Voting Section as an “embarrassment” and “disturbing.” The DOJ’s relationship with the ACLU was described by a federal court as “that of peers working together.” The same court all but called DOJ lawyers liars, saying their “professed amnesia” was “less than credible.”

This tawdry history of misconduct by the DOJ coupled with the enormous power to meddle with state election laws more than justifies the examination of the individuals who wield the power in the Obama administration.

If states covered by Section 5 want to see their redistricting plans and voter identification laws approved, they should go to federal court and bypass the bureaucrats inside the DOJ. Many are relishing the prospect of states like South Carolina running the gauntlet of hostile Justice Department lawyers to obtain approval of voter identification laws or new legislative districts. After Hans von Spakovsky and I urged states to go to court instead, partisan Democrat lawyers claimed fears of DOJ were overblown.

Tell that to Georgia. Georgia enacted a law requiring voter registrants to demonstrate they are American citizens. To Elise Shore at the Mexican American Legal Defense and Education Fund, this was an outrage, and her organization sued Georgia. She did much more. She badgered DOJ to interpose an objection to the citizenship requirement in 2009. When MALDEF talks, the Obama DOJ listens. Georgia then decided to yank the submission from DOJ and sue in federal court for approval. For good measure, Georgia challenged the constitutionality of Section 5 of the Voting Rights Act.

The bureaucrats ran for the hills in terror, knowing the federal court would approve the citizenship verification requirement, and terrified the court would strike down Section 5. James Buchanan won a Nobel Prize in economics for his Public Choice theory, the idea that bureaucrats make decisions based on personal self-interest rather than public criteria. The swift DOJ retreat on the Georgia citizenship verification objection, and the fear that continued DOJ intransigence might nullify dozens of high-paying jobs inside the Voting Section, brought a swift capitulation by Voting Section management.

And what does Elise Shore, formerly of MALDEF, do now? She works in the Obama Voting Section and will be reviewing state redistricting plans and new voter integrity laws in Florida.

Not only did Shore contribute $1,000 to Barack Obama’s presidential campaign, her resume is a lengthy story of a leftist activist. Shore also worked for the Southern Coalition for Social Justice, a group dedicated to “environmental justice” and aiding illegal aliens. Naturally, while at MALDEF, she vigorously campaigned for comprehensive amnesty for illegal aliens and characterized the citizenship verification program as an attempt to “disenfranchise” not only Hispanics, but also blacks. She also fought against Georgia’s photo identification requirement for voters, something states passing such laws should realize.

Florida recently submitted for DOJ approval a new law which limits the amount of time that ACORN-style groups can hold voter registration forms they harvest. The civil rights industry mobilized in opposition. Jesse Jackson held a rally in Tampa, railing against “Jim Crow.” To Jackson, moving the hours of early voting and requiring timely turnover of voter registration equals Jim Crow. After some early conversations with Shore at DOJ, and upon learning more about her background, Florida wisely yanked the submission and sought out a neutral federal judge for approval.

“By asking a court to rule on certain aspects of the bill, we are assured of a neutral evaluation based on the facts,” said Secretary of State Kurt Browning.

But the DOJ Voting Section has more “poster children” demonstrating why states should go straight to federal court.

Alabama Attorney General Luther Strange should be wary. If he submits Alabama’s redistricting plans to DOJ, they will be reviewed by Daniel Freeman. Freeman’s resume shows he worked at the New York Civil Liberties Union and interned for the ACLU. Rounding out his ideological bona fides, he helped Islamic terrorists held in Guantanamo while working for Human Rights First, a George Soros-funded group. Indeed, the American-Arab Anti-Discrimination Committee named him the Pro-Bono Attorney of the Year. He was the chair of the Yale Law School Democrats and a member of the Yale College Democrats while an undergraduate.

The Most Transparent Administration in History conspicuously redacted some of Freeman’s activities while at Yale. Freeman brings the perfect partisan pedigree combined with the requisite ideological fervor to Eric Holder’s Voting Section. Alabama would be better off submitting important election changes straight to a federal judge who won’t have the same sort of background as Freeman.

Unfortunately, Alabama won’t be the only state where Freeman will be reviewing redistricting changes. Alaska Attorney General John Burns should also consider sending Alaska election law changes straight to federal court to bypass Freeman. Joining Freeman to review any Alaska submission will be Jaye Sitton. Sitton is a donor to Democratic candidates and the resume she submitted to DOJ boldly proclaims she was a volunteer for “Barack Obama’s Campaign for Change.” She is also a member of GAYLAW and the Intersex Society of North America — whatever that is. 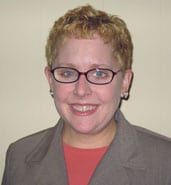 California election law changes will be reviewed by DOJ lawyer Elizabeth Westfall. Westfall worked for the Advancement Project, a Soros-funded group notable for blocking efforts around the country to purge voter rolls of ineligible voters. But Westfall also has stunningly deep political pockets. She maxed out her political contributions to Barack Obama, giving him $4,600 in 2008. For good measure, she donated, $2,300 to the “Obama Victory Fund.” Before she was smitten with Obama, she helped Hillary Clinton, to the tune of $2,100 in 2006 and $2,300 in 2007. She gave thousands of dollars to other Democratic candidates, including Wesley Clark, John Kerry, and Tom Daschle. 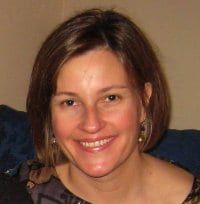 Election law changes in Mississippi will face Michelle McLeod, an attorney with a purple-shirted background in the labor movement. Her resume reveals she worked for the SEIU’s New York “Civic Participation Project” as well as the National Employment Law Project, a pro-union outfit. She also won an award from LexisNexis and Minority Corporate Counsel Association “for demonstrated … commitment to advancing diversity in the legal profession.” 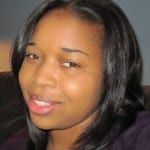 North Carolina has been considering both voter identification laws as well as legislative redistricting plans. Signs are that the Tar Heel state will be bypassing DOJ. Awaiting any North Carolina submission is Justin Weinstein-Tull. He too is a donor to the Barack Obama presidential campaign, and his resume shows he worked for the ACLU in Southern California.  He has published a law review article characterizing bans on partial birth abortion as infringing on constitutional rights.

South Carolina Attorney General Alan Wilson should take note of the Obama administration attorney hire reviewing the submissions he made to DOJ instead of to court. DOJ lawyer Bradley Heard is a longstanding opponent of voter integrity initiatives. He worked for the Advancement Project, the Soros-funded organization dedicated to blocking voter integrity efforts like voter ID. Stranger still, Heard had a nasty falling-out with his old law firm which resulted in wicked litigation. He sued his partners, and they responded by alleging Heard engaged in misconduct at the firm. Heard filed criminal arrest warrants against his former partners, alleging they had engaged in false voter registration and voter fraud. It may mark the first and last time Heard was concerned about phony voter registration and voter fraud.

For good measure, Michelle McLeod, formerly of the SEIU, will join Heard to review the submissions made by South Carolina. McLeod will also be responsible for statewide election law changes in South Dakota, so Attorney General Marty Jackley should take note.

South Carolina has made a serious mistake in submitting voter ID and redistricting plans to Justice. Every other covered southern Section 5 state realized they couldn’t trust DOJ to give a fair and lawful review of the plan and so they filed in court. Florida even realized DOJ can’t be trusted to review early voting times. Why South Carolina ignored the wisdom of sister southern states is a mystery.

In fact, the resumes reveal that almost all of the organizations which formerly employed these new DOJ Voting Section lawyers were funded by George Soros. Expect the George Soros-funded media to rush to their defense shortly.

The sixteen states covered by Section 5 of the Voting Rights Act should go straight to federal court, where they can obtain an unbiased, non-partisan, and fair review of election law changes. Rules of evidence and civil procedure will govern the submission, not ideological whimsy. Detached magistrates will make the decision, not attorneys who formerly worked for the pet projects of George Soros.