A Letter to a Young Obama Supporter

You know you are being watched closely, don’t you? By the legions of political consultants, pollsters and pundits whose lives revolve around the presidential campaign of 2008?

And of course by corporate America which is largely run by men and women at least twenty years older than anyone born in the 1980s, but is desperately trying to figure out what makes you tick, where you are going, what you want to buy, where you want to travel, and what you want to achieve.

Both groups have commissioned an enormous amount of research about your generation, and have tagged anyone born in the ‘80s as part of the “Millennials.”

Because of your passion for the planet and your interconnectedness, you have already profoundly shaped the debate over climate change. Now you are poised to perhaps decide the 2008 presidential election. You are very engaged in the election, and leaning — by a large majority it seems-towards Barack Obama. Yet as with so many other things, your generation is very open to new information and arguments, and not at all self-conscious or stubborn when it comes to changing your mind when new perspectives arrive. So it seems that many of you will be keeping an open mind until you actually check a box or pull a lever.

I’m hoping to persuade you to think twice if you are leaning towards Senator Obama.

I could have titled this essay “A Letter to Patrick,” my nephew, who will be a college junior this fall, or to Abria, my intern at the radio studio for the past two summers who is on the cusp of graduating with her BA. My nephew is rumored to be leaning towards Obama and I’d bet my house Abria is. Both are exceptionally bright, well-informed young people with great parents and promising futures.

So is Kirsten, the daughter of my friends Mike and Debbie -another college student, but one so attached to Obama that she has volunteered for his campaign in Arizona. So too are the scores of young people I have asked to call my show and tell me why they are supporting him. This invitation never fails to generate dozens of calls from Obama enthusiasts, eager to explain to me and my national audience what it is about the Senator from Illinois that is motivating them to get involved in politics -often for the very first time, and often at significant expense via contributions of time or money or both.

I am thrilled that so many young activists are interested in the campaign. That’s a huge long-term plus for the country. The outpouring of enthusiasm and interest is a sign of political renewal and a rebuke to the cynics who say that voting and participation in politics don’t matter, are a waste of time and energy.

I think one of the big reasons behind Senator Obama’s meteoric rise is that he is unconnected to the bitter political struggles of the last 15 years. You didn’t grow up seeing him being slammed or caricatured on the news, or lampooned by Jon Stewart or Steven Colbert. As a new face you can honestly conclude that he had nothing to do with the ugliness of American politics that launched in 1992 with the arrival of the Clintons on the national scene. He didn’t hold elected office until 1997, long after the Clinton-Gingrich wars began.

And of course, he is a brilliant, almost hypnotic speaker. I broadcast from the Democratic Convention in Boston in 2004, and was in the hall when Senator Obama blew away the crowd and the national television audience with a remarkable keynote address about which I can recall nothing except the beauty and skill of its delivery.

Senator Obama’s success is a testament to the country’s long, uphill struggle to deliver on the promise of the Declaration of Independence’s radical statement that all men are created equal. It is thrilling for those of us who deeply believe in the promise of this country to inspire the world and model a way forward for its young or not-yet born democracies to see Barack Obama burst upon the scene and soar so high. It is entirely possible to be proud of the country for nominating Senator Obama, even as you work hard to defeat him — just as it is possible to admire him as a man while knowing that he is not qualified to be the president.

Indeed, he lacks even the barest minimum of life experiences needed for the job. Though his intentions will be good, his failure in the Oval Office is a near certainty because he is simply not ready – cannot be ready-to be president, and the failures that will certainly follow his taking the oath of office could – indeed, almost certainly would– devastate the country.

I recognize that lots of very smart, very accomplished people are backing Senator Obama, and they do not agree with my conclusion about his experience level, or are very good at hiding that disagreement. But that doesn’t make them right or even persuasive. They ought not to be able to avoid — and you shouldn’t avoid asking them and yourself — the first hard question: Is Barack Obama anywhere near ready to be President of the United States in a time of war and economic uncertainty? And the second hard question: What if he’s not and he wins anyway? 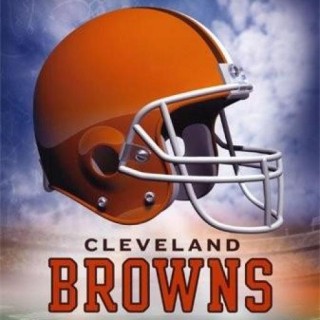 Hugh Hewitt is a Professor of Law at Chapman University Law School, and has combined his teaching with a career in broadcast journalism that began in 1990. Since 2000 he has hosted a nationally syndicated radio talk show which is heard in more than 120 cities across the country.
Read more by Hugh Hewitt