UN Ignores Its Own Data to Promote Gun Ban

Recently, the United Nations took the next step in negotiating an international arms trade treaty that has the full support of the Obama administration. The goal of this treaty is to impose “common international standards for the import, export and transfer of conventional arms” and ammunition, ostensibly because “too many arms still end up in the wrong hands.”

This high-sounding rhetoric demands further examination, especially since the UN group behind this meeting is called the United Nations Office for Disarmament Affairs.

Since the mid-1990s, the United Nations has proclaimed that global civilian disarmament will ensure worldwide peace and prosperity. But to comprehend their attitude towards civilian gun ownership, know that the United Nations believes you have no civil right of self-defense:

In other words, if you kill an attacker, you violate their human rights. For now, the UN will let it pass if you can prove you were protecting your life. But this remains a “basis for exemption from criminal responsibility,” which implies that you owe a debt to society. Also, government can revoke this privilege of self-defense at any time.

Curiously, the UN never consults their own research when asking: “Does gun ownership make you less safe?”

In their most extensive effort to date, the Small Arms Survey (SAS) published estimates of civilian firearms inventories for 172 UN member countries (out of a total 192). This organization partners with international civilian disarmament organizations, including the UN, and is decidedly anti-gun:

The proliferation of small arms and light weapons represents a grave threat to human security. The unchecked spread of these weapons has exacerbated inter- and intra-state conflicts, contributed to human rights violations, undermined political and economic development, destabilized communities, and devastated the lives of millions of people.

Collating the latest homicide data available from the UN Office on Drugs and Crime with SAS data creates a dataset of 145 UN countries. America, with the most guns per capita (GPC), is tied with Argentina for the 50th highest homicide rate. The graph below highlights the lack of correlation between GPC and homicide rates (all rates in incidents per 100,000 population). Spearman’s value is -0.10: As GPC increases, homicide rates decrease, albeit weakly. 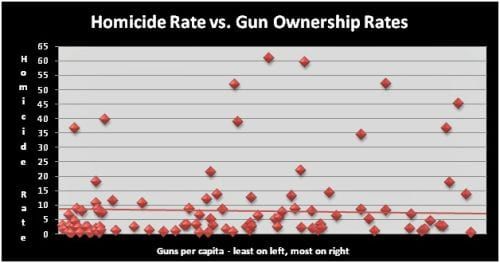 The UN wants us to believe that more guns means more violence. Using homicide as an indicator, UN data derogates this claim.

Some of the most repressive regimes reported the lowest homicide rates. But since this data comes from law enforcement sources, it doesn’t include state-justified murder. For example, Syrian “security forces” recently killed “at least 20” civilians during one protest, but “Criminal Justice Sources” reported Syria’s homicide rate was significantly lower than America’s.

In Yemen’s capital of Sana’a, “soldiers and plain-clothed government loyalists” killed “at least 35” and left “hundreds wounded” after opening fire on protesters. The UN reports Yemen has a relatively low homicide rate.

At the extreme range is China, whose government declares “private citizens are forbidden from owning and selling guns,” and “gun crime is rare.” This policy allegedly protects “the safety of every individual citizen.” The official homicide rate appears to bear this out, but between 1949 and 1987 military and police legally murdered nearly 77 million. Today, China continues its heavy-handed response by imprisoning protesters for “inciting subversion of state power.”

The table below lists selected countries and how non-governmental organizations rate levels of personal freedom, government corruption, and economic freedom. (A previous report discusses these NGOs, and how the UN plans to destroy our Second Amendment.)

While there are documented cases of government-condoned murder of U.S. citizens, the problem is not nearly as pervasive as in totalitarian countries. In any case, those reporting homicide data control what’s considered murder.

UN data also derogates the belief that more guns means more suicide. America has the 41st highest suicide rate, out of 89 UN countries. When collated with SAS data, the graph below shows there’s no correlation between gun ownership and suicide. Spearman’s value is an insignificant 0.04. (0.0 means no correlation.) 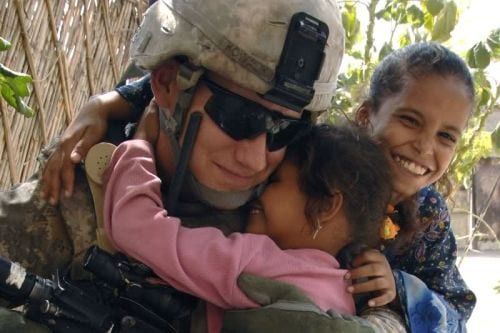 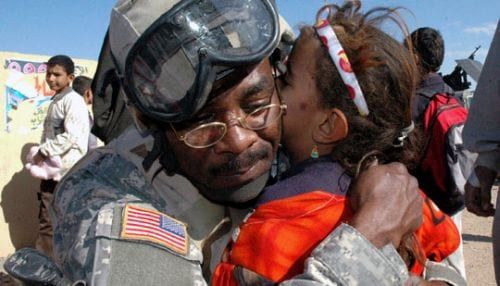 The graph below shows that as gun ownership increases, so does economic freedom. (Spearman’s = 0.48) 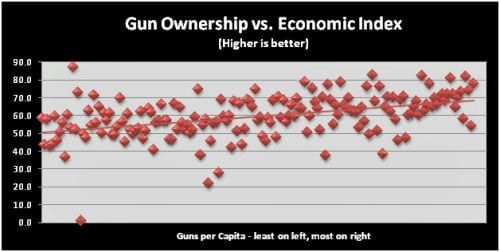 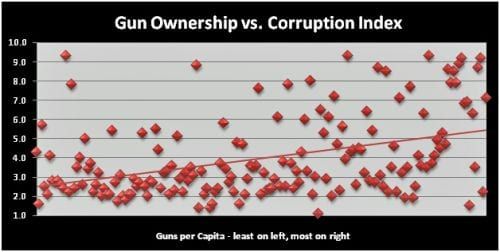 One need look no further than the UN itself for proof of the gun control/corruption link. Even though he recently warned that the UN must “rein in its ballooning expenditures,” Secretary General Ban Ki-moon has grown his own bureaucracy faster than the rest of the UN.

Obviously, the UN should focus on improving personal and economic freedom, but the average Corruption Index for all 192 member countries is 3.96. Since the UN represents mostly corrupt, oppressive regimes, promoting liberty isn’t likely to happen.