September 12 self-actualized the inalienable rights movement as thoroughly as Woodstock was living leftism, right up to their respective aftermaths: a taxpayer-trimmed National Mall left more or less as the pull-your-own-weight crowd found it, versus life-sustaining farmland converted to monstrous latrine and taxpayer burden. 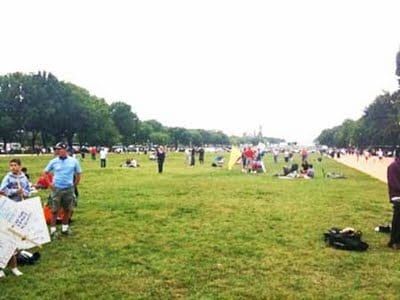 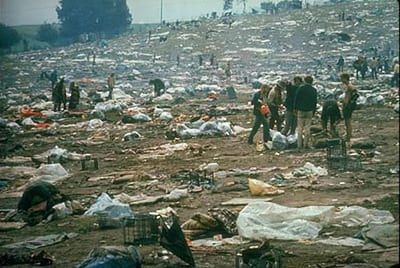 What I understand about leftism is the desire to transcend the human condition. What I don’t understand is how the leftist can be presented with natural law, and be presented with its implementation — a nation constituted solely to uphold it followed by a million uncoerced citizens rising to defend it — and the leftist looks right past, longing for some greater truth.

He talks of a utopia just around the bend, some just symmetry of people and government that can be had if the dullards would just listen.

Under the leftist’s nose? A million individuals marching as a coherent whole to uphold each individual member’s right to self-determinism. I cannot picture a more beautiful manmade symmetry, but to the leftist it is simply not perfect enough, and in fact quite ugly.

The marchers promise: A life where one’s failures and triumphs are one’s own; where charity comes from genuine kindness, not confiscation; where a life of abject failure, a penniless wretch can still claim the pride of ownership of his mistakes and his risks taken. The right to own one’s fate, or one’s luck, trading the right to lay blame for the chance at fulfillment. The opportunity to have dreams actualized, deferred, or unrequited, accomplishment not being the yardstick of a life, but the vigor put toward the pursuit.

The marchers promise you the opportunity to give every worldly strength you’re blessed with towards anything, anything at all, without an intrusive government to rue or corruption to hamper you.

For the leftist, Locke isn’t pretty enough. He isn’t superior to his leftist idea even when the two movements and their results — almost precisely 40 years apart — are visible and tangible to every sense.

He lives each day in a utopia, spotting greener grass everywhere and rejecting the millennia of struggle and sacrifice resulting in the wonder at his feet.