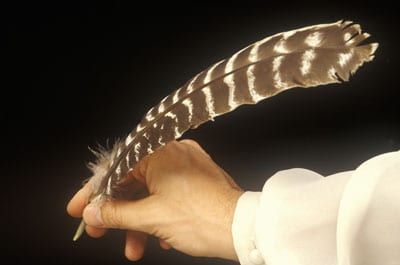 Some years back I was interviewed by Montreal’s French language daily La Presse concerning the nature and purpose of my writing and teaching. The interviewer, unlike the majority of his colleagues, had acquired a pretty decent familiarity with his subject, a rarity in today’s journalistic profession. I was surprised to learn that he had read some of my translated work, in particular a long essay in which I compared the state of Western civilization to the sinking of the Titanic. Why, he wanted to know, did I continue teaching and persist in writing articles, essays and books if I felt that the future was hopeless and there was little point in the whole enterprise.

Well, I replied, there was the little matter of earning a living. But apart from that desideratum, pedagogy and writing were by no means anomalous or contradictory, since even though I knew the vessel was foundering and could not be saved or hauled back to port for retrofitting, I was intent on helping to keep it afloat for as long as possible. Teaching and writing, I said, were essentially pumping, or bailing. I felt it worthwhile to work to delay the inevitable; better to go down later than sooner.

Things have changed. I quit teaching some time ago, convinced of the uselessness of the profession in the brain-cramped intellectual environment of a nearly defunct civilization. Such plenary impoverishment is daunting and probably irreversible. The canard of “green energy,” the massive “climate change” scam that has co-opted vast segments of the Western public, the relentless advance of blasphemy laws putting a chill on freedom of speech and debate, courts declaring that truth is no defense in cases where offense is given, the campaign against the unborn (abortion on demand) and, in some countries, the elderly (selective euthanasia), the politicized university as a locus of indoctrination rather than learning, the sentimental empowerment of the transgendered and the two-spirited who must be accorded every social benefit as if they represented the quintessence of human progress, the successful feminist war against common manhood, the setting in place of redistributive economics as a form of legalized theft, open-door immigration policies for illegal aliens or members of primitive, antithetical cultures—all these developments are signs of rampant and likely terminal intellectual and social decay.

I confess that I sometimes feel like popular Norwegian crime writer Jo Nesbø’s protagonist Harry Hole, disillusioned, down on his luck, aware that justice is just ice and that nothing is ever really going to work out satisfactorily, if at all. Cases may be solved, but things invariably go from bad to worse. I go on writing, however—pursuing “the case”—out of habit, reflex, need, and the enjoyment of rotating sentences on a rhetorical lathe—in other words, out of self-indulgence, qualified, be it said, by an overlay of sobriety. I think of John Jay Chapman’s 1900 commencement address at Hobart College: “Never take a course that will silence you. Refuse to learn anything that implies collusion, whether it be a clerkship or a curacy, a legal fee or a post in a university. Retain the power of speech no matter what other power you may lose.…Speak out always.” I insist on retaining the power of speech but I have no illusions about the ultimate effect or influence of speaking out always. In fact, I have now come to feel profoundly that Western civilization is not worth saving; it has signed its own death warrant with a proud flourish. If I may paraphrase from Terry Brooks’ adventure/fantasy series The Heritage of Shannara, the elves have gone from Westland for good and we are at the mercy of the demons of Morrowindl.

For one thing, governments in the West are growing ever more tyrannical and unresponsive to the needs of their constituents: remark an EU Borg-like bureaucracy that flouts the wishes of European voters, and the administration of Barack Obama for whom the Constitution is a mere annoyance to be shrugged off and decisions not approved by Congress are carried out by executive fiat. And the growing number of parasites, hangers on, sycophants and political illiterates—barnacles clinging to the listing ship of state—approaching a near majority of once independent and industrious citizens effectively seals the deal.

For another, the rise of totalitarian Islam, abetted by the media, the academy, the courts, and internationally appeasing and domestically autocratic Western administrations, appears unstoppable, leading to the installation and spread of a monstrosity known as Eurabia and the coming disaster that Daniel Greenfield calls “Islamerica.” We are intent on following the various “Muslim multicultural roadmaps to national suicide,” says Greenfield, which have infected many, if not most, of our cultural and political institutions.

We now find ourselves in the embarrassing position of being told home truths from the most implausible of sources, the Russian demagogue Vladimir Putin, who, in a September 19, 2013 speech at the Valdai forum, pointed to the self-defeating weaknesses and moral failures of Western culture as perils that his own nation must seek to avert: Western states rejecting their own roots and denying or relativizing their traditional identity, unravelling the traditional marriage bond, succumbing to political correctness, losing their reproductive function, and diluting the rights of the majority in favor of minority grievances, by which he obviously means the Western surrender to the forces of Islamic supremacism. “Russia doesn’t conduct negotiations with terrorists,” he informs a supine West, “it destroys them.” His fear of a U.S. dominated unipolar world is, naturally, mere fustian; he knows full well that under the stewardship of Obama, the U.S, has become an international laughing stock feared by no one except sentient Americans. Russia is manifestly no ideal or example to follow—its birthrate is also falling and its economic future is dire—but Putin’s analysis of the cultural pellagra that ails the West is accurate.

It is disconcerting to acknowledge that Vladimir Putin, disingenuous as he is, possesses greater acuity than any Western political figure. As David Goldman says, “Putin has more brains and insight than anyone in the American foreign policy establishment, and he is winning by laps rather than lengths.” He has more brains than anyone in the domestic policy establishment as well. If we must defer to an ex-KGB thug and de facto dictator as a bearer of political and historical insight eclipsing that of our own liberal intellectuals and leaders, we are clearly in deplorable shape. But this is only one of the more sensational symptoms of the contemporary Western zeitgeist characterized by a mixture of plain stupidity, fantasy-thinking, historical ignorance and narcissistic flatulence that does not seem to be survivable.

Indeed, I have come to believe that Western civilization secretly or unconsciously wishes to die and that nothing will deflect it from the path it has chosen toward the abyss.

Almost everything I have read, thought, observed and studied over the recent years has led me to this dispiriting conclusion. We are witnessing, I suspect, the culmination of the civilizational wasting disease that German author Max Nordau proleptically diagnosed as far back as 1892 in Degeneration. Many of his examples and illustrations may have been differentially problematic, reductive and proscriptive and his condemnations somewhat arbitrary, authoritarian and dated—but his general thesis that Western man inhabits an era marked by imaginative depletion, relativistic ideologies, unbridled egomania and resurgent primitivism now appears to have been soundly vindicated.

And yet, irrational as it may be, I continue to write and publish from some inner necessity that makes no objective sense and for the perverse pleasure of spinning phrases like prayer wheels, aware at the same time that it will make no difference. There is the experience of psychological self-attunement I cannot find in any other field of activity or application; the issues I continue to address, no matter how crucial they may appear in themselves, are also strangely ancillary. They are grist for an ever-turning mill. A writer is not only someone who writes but someone who needs to write. The compulsion is inescapable. And so he continues to scribble, striving only to avoid the trivial, the flaccid and the meretricious, and, as it should go without saying, to maintain his convictions in the face of all the odds—which today means being politically incorrigible. One must be honest even if honesty does not pay. One must go for a major even if the game is irretrievably lost. Abandonment is not an option, whether one is on the Titanic or in Morrowindl.

So once I thought I was doing my bit to help us survive just a little while longer. Now I’m playing with words and ideas in the midst of a Decameron devoid of any consoling resolution, but trying, paradoxically no doubt, to do the job well. It’s like partying with a conscience. As Aldous Huxley once said, the text is the pretext.

Occasionally, I flash back to the surprisingly memorable line from a character in a 1983 episode of The A-Team titled “Children of Jamestown,” who, when queried about his activities, replies: “Well, I turn a lot of junk into art, it’s what I do.”

David Solway is a Canadian poet and essayist. He is the author of The Big Lie: On Terror, Antisemitism, and Identity, and is currently working on a sequel, Living in the Valley of Shmoon. His new book on Jewish and Israeli themes, Hear, O Israel!, was released by Mantua Books. His latest book is The Boxthorn Tree, published in December 2012. Visit his Website at www.davidsolway.com and his Facebook page here.
Read more by David Solway