The new issue of al-Qaeda in the Arabian Peninsula’s Inspire magazine tries to appeal to African-Americans incensed by recent shootings, vowing that the terror group will “take practical steps to avoid targeting you in our operations” if they fight the government and try to stop aid to Israel.

The Summer 2015 issue, the 14th issue of the English-language magazine that essentially paved the way for ISIS’ prolific Western outreach now, includes a detailed analysis of the Charlie Hebdo attack and step-by-step hand grenade instructions. The Boston bombers got their pressure-cooker bomb recipes from Inspire.

But while every issue of al-Qaeda’s magazine seems to include a Noam Chomsky quote, this may be the first one to include a photo of Abraham Lincoln.

In an article titled “The Blacks in America,” a writer going by the name Abu Abdillâh Almorâvid opens with the shooting of Michael Brown and a high-school graduation photo of the Missouri teen.

“At first many channels portrayed the incident as it was, but later on presented the event to the viewer as a mere daily criminal incident. And that the victim was a person who deserved to be stopped and imprisoned. And that the crime of the officer was nothing but a general mistake that had nothing to do with racism or religion. Examples of such a channel is the ‘Fox News’ that has always been supporting the Anglo-Saxon community, no matter the case. The same channel that supports the existence of a Zionist state in occupied Palestine,” he writes.

The writer says he wants to discuss “the essence of the problem from the perspective of Muslims and Mujahideen,” talking about the in-custody death of Freddie Gray in Baltimore and the Charleston church massacre. Predicting that “such attacks against Afro-Americans will continue to rise,” the author gives a lengthy history of slavery and racism in America.

“We can say that the main motives to these crimes is not gun violence, as Obama tries to portray. But the reality is that we cannot separate this violence with the fanatic white racists supremamists [sic], which must be stopped by all means possible.”

Al-Qaeda then turns its appeal to comparison, saying that if blacks know what it feels like to face discrimination then they should understand the plight of Muslims and work to help them, too. Then they make a pitch for converts.

The article then explains that African-American deaths are justified in their jihad although al-Qaeda sympathies with “the oppression and injustices directed towards you.”

“We want to hear your voices against the crimes committed by your government. We encourage you to form political groups in order to pressurize your government to lift the general oppression against you and to stop aggression towards Muslims. And condemn the support your government gives to Israel,” the writer states. “…We advise you to move out of big cities that represent the economy, politics or military strength of America like New York and Washington.”

Al-Qaeda then tries to incite black activists to violent revolt, saying they can start with sit-ins and demonstrations with “forming small groups that will be responsible for assassinating, targeting these racist politicians” as a “second approach.”

“We at Inspire bring to you military consultation, one may refer back to the previous issues to find appropriate military ideas.”

The Inspire issue, released just before the 14th anniversary of 9/11, features a picture of the burning Twin Towers with the words, “Some things are too beautiful to be forgoten [sic]: Will we ever experience such a sight once more?”

It includes a timeline of assassinations for “those who insult the prophet and religion of Islam,” including Bangladeshi bloggers hacked to death by al-Qaeda in the Indian Subcontinent, and step-by-step instructions for adherents to plan their own assassination operations. 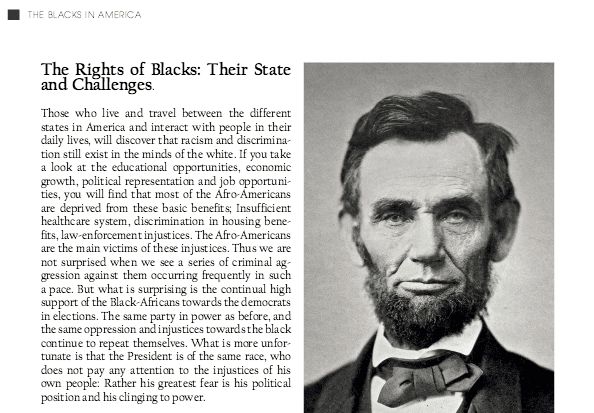