The Rocori School District in Minnesota has recently adopted an “interesting” potential solution to the threat of an active school shooter: “bulletproof” whiteboards for each classroom:

A central Minnesota school district that was the site of a school shooting in 2003 is getting a new device designed to help keep kids safe: bulletproof whiteboards.

The Rocori School District plans to put one of the whiteboards in every classroom to add another layer of defense if a gunman enters school grounds.

The boards are designed by Maryland-based Hardwire LLC and they can hang on a wall and be used in class, just like any traditional marker board.

Hardwire LLC manufactures these armored whiteboards. This is a reputable defense contractor that has created armor systems for government (primarily military) clients, as well as a line of school safety products of which these whiteboards are a part.

I am sure that their NIJ level 3A armor meets federal standards, as they claim. That allowed, calling their armor (or any other armor) “bulletproof” is dishonest marketing, and the 18″x20″ armored whiteboard is either an inept attempt at making the best of a bad situation, or a cynical attempt to exploit fearful school districts that want to appear to be doing “something” in the wake of the Sandy Hook massacre.

Let’s take a look at how this armor might perform.

The only way this armor could be deployed and have even the slightest chance of working is by having it deployed at chokepoints, such as the exterior doors leading into the school and the doors leading into the classroom. In many schools the exterior doors are made of glass and are easily defeated with a rock, much less a firearm. The interior doors are neither bullet-resistant nor even lockable in most schools. Faculty and staff would be required to hold the armored whiteboard at the presumably indefensible, unlocked, non-bullet resistant doors, much like the teacher modeling the device on the Hardwire web site: 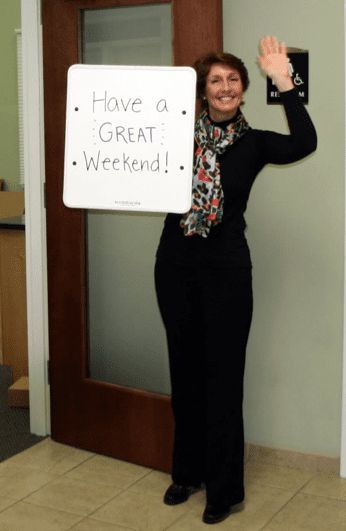 You’ll notice that an 18″x20″ whiteboard will only cover part of the head and torso of even a relatively petite teacher like the one in the photo. An active shooter would have no trouble at all shooting over, under, or around the armor, easily killing the person holding the armor with any firearm.

In the bizarre and unlikely event that an active shooter didn’t just simply shoot around the whiteboard, there is an apparent assumption that a teacher or administrator holding the armor would be capable of retaining it as it is struck by the impact of a bullet or a shotgun blast. Do we really expect that an average teacher or administrator is going to be able to handle the concussive force of a bullet and to retain the whiteboard in a defensible position?

It is far more likely the board would simply be shot out of their hands or the teacher knocked down with the first or second shot, if the shooter doesn’t simply opt to shoot around the 18″x20″ panel. If a shooter armed with a shotgun loaded with slugs or buckshot were to fire at close range against the whiteboard, there is the distinct possibility that the whiteboard would be ripped from the defending teacher’s hands and turned into an injury-producing projectile itself.

Then, there is the problem of the armor not actually being bulletproof.

As noted on the Hardwire LLC website, the armor is rated NIJ 3A, which will in carefully controlled conditions stop a majority of pistol bullets and shotgun blasts. However, this armor class will not stop intermediate-caliber rifle rounds as small as .223 Remington, much less have the desired effect on more substantial rifle rounds.

The whiteboard concept, allegedly inspired by the massacre at Sandy Hook Elementary School in Newtown, CT, would not have stopped or even slowed down the shooter in that instance. He was armed with a rifle chambered in .223 Remington that would have sliced through the armor.

I would not claim that the Hardwire LLC armored whiteboard is entirely useless; it might buy first responders another few seconds as the shooter figures out the device is an armored panel, and adapts to overcome its limited protection. In very limited instances where a shooter is not hell-bent on mass murder, it may buy another second or two for them to reconsider their course of action.

But primarily, the whiteboard serves to provide peace of mind for those who prefer to not think critically about how an actually shooting event would likely unfold.

Real school security — or security anywhere, for that matter — only works when active and passive systems work together to mitigate threats. The best single defense against a potential active shooter is still the presence of another human being on-site armed with a firearm and equipped with the knowledge and training of how to use their weapon effectively. This generally means on-campus law enforcement, armed security guards, or armed staff.

Only lethal force is proven to stop active shooters. All else provides little more than an illusion of safety.