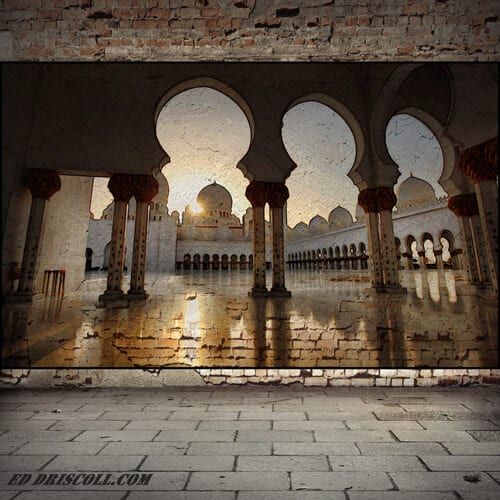 In an unguarded moment at the G-7 summit meeting in Schloss Elmau, temporarily free of his handlers, Obama let drop what is a startling revelation only to those who have not been watching for the last two years, namely, that he does not “yet” have a strategy for dealing with the jihadi depredations of Abu Bakr al-Baghdadi’s misbegotten “Islamic” State. However, for those who have been able to tear their eyes away from the trompe l’œïl tableau of the sputtering talks with the Iranians, the strategies of the two contending jihadi powers, the twin clusters of Sunni and Shi’i groups, are perfectly obvious.

First, it must be noted that in recent months, a tacit alliance has begun to take shape between Israel and several Muslim-majority states on Israel’s periphery. To the west, we find Egypt, profoundly rocked by the near-death experience of the so-called “Arab Spring” which brought down long-time Arab nationalist dictator Hosni Mubarrak, only to be replaced by an Ikhwanist (ikhwan, “brotherhood,” is the real name of the Sunni jihadi movement commonly called the “Muslim Brotherhood”) regime so arrogantly overreaching that it was in turn overthrown by popular revolt under the leadership of the traditional Muslim General Abdul Fattah as-Sisi. The Sisi regime has mobilized the moral force of Al-Azhar University, widely regarded as the premier Sunni Muslim institution in the world, whose rector and faculty have roundly condemned the horrific barbarity of the incipient Ikhwanist entity which calls itself so beguilingly the “Islamic State,” serially denouncing its minions’ slaughter of Christian prisoners and the destruction of priceless ancient relics in Mesopotamia.

On Israel’s eastern border, King Abdullah II of Jordan has quietly strengthened diplomatic ties with Israel (returning the Jordanian ambassador who had been recalled in protest over violent incidents in Jerusalem, and signing a new accord governing the strategic management of water resources and the Dead Sea), while at the same time fighting actively in what he now terms the Third World War against the jihadis in the name of rescuing the traditional Muslim religion from their evil ideology.

To the southeast, on Jordan’s southern border, lies Saudi Arabia, increasingly alive to the danger which the Ikhwanist regime poses to King Salman’s rule (for which reason a formidable border fence is being erected in the north), as well as the less imminent but no less potent danger posed by the Khomeinist variant of jihadism, centered in Iran. There have been reports of discreet contacts between Israeli and Saudi diplomats in various European venues, and persistent rumors of discussions concerning possible military co-operation between them to deal with Iran.

And then, further to the east, there are the Gulf states, the UAE and Bahrain, also actively engaged in the anti-jihadi fight; the UAE in particular has squadrons of aircraft operating from forward bases in Jordan and Egypt, and is providing much-needed funding to Egypt as as-Sisi fights both a jihadi guerilla insurgency in Sinai and jihadis who have proclaimed the western Libyan city of Darna a province of al-Baghdadi’s “Islamic State,” having demonstrated their fealty by beheading Coptic Christians who fell into their hands.

The “strategic kernel” generated by this tacit alliance, which in some ways evokes the forced alliance between the Western powers and the USSR in the Second World War against National Socialist Germany and her allies, is real, though not formally recognized between the parties. Each of the two rival jihadi parties threatens to encircle it and cut it off; careful consideration of a map/of the region and recent events reveals how.

The Khomeinist flavor of jihadism is based upon the Shi’ite denomination of Islam and seeks to play upon the emotions and rivalries of Shi’ite Muslims, who are largely repressed everywhere in the Muslim world but Iran. On the northern periphery of the strategic Jewish-Muslim kernel, the Iranians are trying to dominate what has been called the “Shi’ite Crescent.” They are doing this by extending their power westward across what must now be regarded as the failed colonial state of Iraq.

Never a nation-state in any western sense of the word, Iraq (the word simply means “plain,” in Arabic) was established by the British for their convenience after the Great War of 1914-18, to enable the Royal Navy to exploit the strategic oil reserves around Mosul and Kirkuk. In the wake of Obama’s retreat from the region in fulfillment of his campaign promises, the Mesopotamian region is now effectively divided into three states.

In the south, there is a Shi’ite enclave around Baghdad which has, under the pressure of the Sunni assault, effectively become a Persian “satrapy,” a wholly owned subsidiary of the Iranians. The western and central part of the region is inhabited by Arabic-speaking Sunnis, who have largely been overrun and subsumed in Baghdadi’s “state,” into whose arms they are increasingly driven by Shi’ite excesses in the fighting around Tikrit and Ramadi. And in the north, there is a  de facto ethnic Kurdish Muslim state (yes, the Kurds are as Muslim as any of their opponents) with its capital at Irbil, and which incorporates the other ethno-religious minorities of the region, such as Yazidis, Muslim Turkomans, and Chaldæan and Assyrian Christians.

The “Shi’ite crescent” would be completed by linking the satrapy of the south with the allied Assad regime in Syria and the Hizbullah-dominated parts of Lebanon.

On the southern periphery of the kernel, in recent days Shi’ite Houthi rebels have overthrown the Sunni-dominated government of Yemen, and made common cause with the Iranians, who continue to foment trouble amongst the Shi’ite minorities resident in Bahrain, Saudi Arabia (where they occupy the strategically important eastern province where nearly all the oil is), and the Gulf states.

Though primarily relying on Shi’ite factions, the Iranians have attempted to diversify. The Sunni and originally Ikhwanist organization Hamas, centered in the Gaza Strip, has increasingly come under Iranian influence (the source of many of the more sophisticated missiles used in last summer’s Gaza War, as well as other weapons and supplies, was Iran), particularly since as-Sisi overthrew the Ikhwanist attempt to seize control of Egypt, and sealed the border with Gaza.

The Sunni arm of the jihadist movement, for its part, seeks to break the “Shi’ite Crescent” in the north, having occupied most of Syria and the central third of Iraq, dominated by Arabic-speaking Sunni Muslims. The forces affiliated with al-Baghdadi and a kindred jihadi organization, Jabhat an-Nusra li’ahli ash-Sham (“The Support Front of the People of Syria”), have now cut the territory still controlled by Assad in two, and are engaged in desperate fighting in the Qalamoun Mountains on the Lebanese border, where the Lebanese army has also been drawn in. They fight simultaneously against Assad, Hizbullah, and Iranian troops in Syria, and against Iranian-led Iraqi Shi’ites in the east (as well as against Kurds of northern Syria and Iraq). We have already noted the jihadist province allied with al-Baghdadi’s nascent, so-called “Islamic State” on Egypt’s western border; the Iranian seduction of Hamas has now given rise to a faction of disgruntled Sunnis in Gaza who have affiliated themselves with Baghdadi’s “state.”

Al-Baghdadi’s “state” is the latest offshoot of the Ikhwanist al-Qa’da movement which, it will be remembered, found a home in Sunni Taliban-dominated Afghanistan. The Ikhwanist Taliban continue (taliban is a plural noun; the word talib means roughly “student”) to exert pressure on predominately Sunni Pakistan in the south, and threaten to take control there. Should they ever actually succeed in destabilizing Pakistan’s government and military, this would give the Ikhwanists nuclear weapons, to rival those whose development is the subject of the negotiations in Geneva.

Thus, we see a double attempt at enveloping, isolating, and destroying Israel and those states governed by traditional Muslims who have increasingly come alive to the danger of the evil ideologies which arose from their midst. The saving grace, if there is one, is that the two arms of jihadism are as much at war with each other as they are with Israel and traditional Muslims. Unlike the rest of world, whose gaze has been focused on the distraction going on in Washington and Geneva, you now understand the key, and can discern the hidden picture.