John McAdams and the Death Throes of Academic Freedom 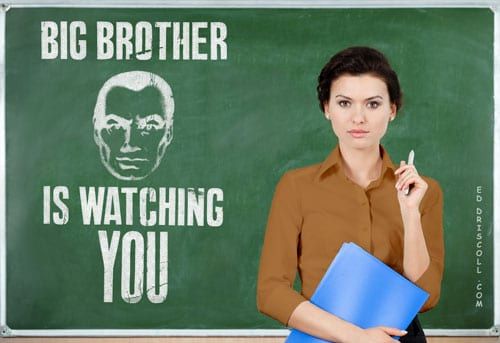 Professor John McAdams of Marquette University has been in hot water before. A tenured associate professor of political science at the Jesuit-run institution, Professor McAdams’ generally conservative views are not popular with the university administration. Before the university’s latest action, he was suspended without due process, treated as though he presented a violent threat to someone, and had his current schedule of classes canceled. Then, on January 30, the professor received notice that the university was taking steps to revoke his tenure and fire him.

His crime? The defense of academic freedom and free speech on campus. On November 9 2014, McAdams posted an item on his Marquette Warrior blog reporting a recorded conversation between an undergraduate student and the instructress of a class in the “Theory of Ethics,” under the aegis of the faculty in philosophy. The instructress, Cheryl Abbate, is a doctoral candidate at the university in philosophy, and was serving as a TA. Abbate was recorded as telling the student that she would not tolerate the expression of certain opinions in the class, specifically citing the student’s opposition to same-sex marriage, on the grounds that such opinions might “offend” some other class member (so far as anyone can tell, the only one in the class offended at the time was Abbate); when the student persisted, she invited him to drop the class, which he eventually did.

Outraged, Professor McAdams published a stout defense of the student’s right to free expression; then the trouble started. The odious Kansas-based Westboro Baptist Church somehow heard of the controversy and organized a protest on the campus, and (by McAdams’ count) “over 100” letters and e-mails of support for McAdams and the undergraduate student were received by the professor and the university.

On December 16, Richard C. Holz, dean of the university’s Klingler College of Arts and Sciences, wrote a letter stating that Marquette was “continuing to review [McAdams’] conduct,” and ordering him not to set foot on the campus without advance permission from the administration. Contrary to explicit university policies, the letter failed to cite any policy violations on McAdams’ part which might have justified the suspension. Indeed, subsequently, the university denied that it had suspended him, alleging that the definition of suspension is “without pay” — again, contrary to its own procedures; immediately thereafter, McAdams’ spring schedule of classes was canceled.

On January 2, Holz sent McAdams another letter, this time alleging that he had “no justification” to publish Abbate’s name on his blog, and that, as a result, Abbate had received “a series of hate-filled and despicable e-mails” and had decided to transfer to a different doctoral program. The letter characterized McAdams’ action in publishing Abbate’s name as “unilateral, dishonorable, and irresponsible.” In a subsequent public statement, Marquette said, “The safety of our students and campus community is our top priority. The university has a policy in which it clearly states that it does not tolerate harassment and will not stand for faculty members subjecting students to any form of abuse, putting them in harm’s way. We take any situation where a student’s safety is compromised extremely seriously.” There was, of course, no mention of Abbate’s abuse of the undergraduate student for expressing an opinion completely in line with the teaching of the church, unchanged for nearly two millennia, which sponsors the university in the first place.

McAdams has found support in numerous quarters, not least in a letter by the American Association of University Professors (AAUP) to Marquette University president Dr. Michael R. Lovell dated January 26, declaring, in part, the “Association’s interest in the case of Professor McAdams stem[ming] from its commitment to fundamental tenets of academic freedom, tenure, and due process articulated in the 1940 Statement of Principles on Academic freedom and Tenure,” which had been “jointly formulated by the AAUP and the Association of American Colleges and Universities, and has been endorsed by more than 240 scholarly groups and higher-education organizations.”

Marquette’s response was the January 30th letter informing McAdams of its intent to revoke his tenure, alleging “serious instances of dishonorable, irresponsible, or incompetent conduct,” continuing to blame McAdams for threats and harassment by third parties over whom he had no control, and claiming that he “knew or should have known that his Internet story would result in vulgar, vile, and threatening communications.”

On February 4, Lovell issued another statement, claiming that Marquette’s proceedings against McAdams “have everything to do with…guiding values and expectations of conduct toward each other” and “nothing to do” with academic freedom or freedom of speech.

This is, of course, ridiculous. As McAdams has noted in the postings which got him in trouble in the first place, the matter has everything to do with academic freedom, freedom of inquiry, and the free speech rights of the student bullied by Abbate into dropping her class. Had that incident not happened, neither would any of the subsequent actions have taken place.